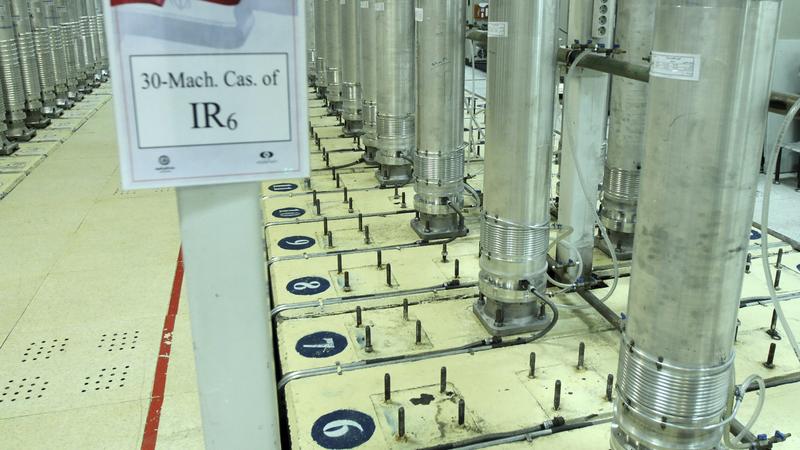 Iran is moving to boost production of nuclear fuel at a key facility struck by apparent sabotage last month.

Iranian engineers have already installed piping needed to accumulate higher volumes of material that will be generated by three new centrifuge cascades, each equipped with 164 machines spinning at supersonic speeds to separate uranium isotopes, according to the document circulated to diplomats late last month

The Islamic Republic is transfering new generations of advanced centrifuges used to enrich uranium -- the heavy metal needed for nuclear power and weapons -- from a pilot facility into a new hall at its primary fuel plant in Natanz, according to a one-page restricted International Atomic Energy Agency (IAEA) document seen by Bloomberg.

Iranian engineers have already installed piping needed to accumulate higher volumes of material that will be generated by three new centrifuge cascades, each equipped with 164 machines spinning at supersonic speeds to separate uranium isotopes, according to the document circulated to diplomats late last month.

The stepped-up enrichment program is unfolding as US Secretary of State Mike Pompeo travels to meet IAEA chief Rafael Mariano Grossi in Vienna on Friday. Iran’s response to the US abrogation of a landmark nuclear accord two years ago is raising pressure in the Persian Gulf, where tit-for-tat ship seizures and facility attacks over the last year have threatened to spill into open military conflict.

Grossi dispatched his top monitor for meetings in Tehran ahead of Pompeo’s arrival this week, according to two officials briefed on the matter. While Iran has offered to show inspectors the places they want to see, they’ve also asked the agency to outline the scope of their investigation -- a potential red line for both the IAEA and Washington.

The addition of advanced centrifuges to Hall B of the Natanz Fuel Enrichment Plant -- another technical violation of its 2015 agreement with world powers -- suggests that last month’s attack at a nearby machine shop didn’t have the intended effect of disrupting production.

The scale of the July 2 Natanz explosion, which followed another at a military site near Tehran, was widely seen as an attempt to disrupt Iran’s program to boost enrichment, possibly by the US and Israel.

Iran, which denies any ambitions to build atomic bombs, has withheld its conclusions on what caused the blast, citing security considerations.

Since the US quit the landmark agreement in 2018 and reimposed sanctions, Iran’s uranium stockpile swelled more than fivefold to over 1,572 kilograms (3,465 pounds). That’s enough of the heavy metal to create two bombs if Iran chose to enrich the material to weapons grade. When the Trump administration entered office, Iran’s stockpile was less than the 300 kilograms authorized by the deal.

Grossi’s public meeting with Pompeo will be their second since the Argentine diplomat made his first official visit as new IAEA director to Washington in February. Less than a month later, the agency reopened an investigation into past Iranian activities decades ago that may have included some research related to weapons. 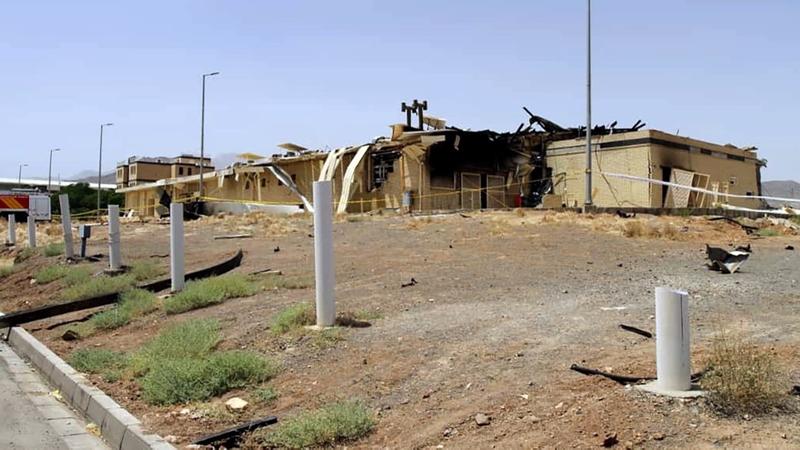 A handout picture provided by Iran's Atomic Energy Organisation shows a warehouse after it was damaged at the Natanz facility, one of Iran's main uranium enrichment plants, south of the capital Tehran on July 2, 2020. (PHOTO / AFP)

Pompeo is visiting governments in central Europe this week in part to rally support for US efforts to extend an arms embargo on Tehran. The US has threatened to invoke provisions in the nuclear agreement that Trump jettisoned to get its way, potentially thrusting the United Nations Security Council into crisis.

The showdown over the arms embargo due to expire in October could push Germany and France to side with Russia and China -- all parties to the nuclear pact -- at the Security Council, isolating the US.

“This status quo is neither desirable nor sustainable,” Iran’s Foreign Minister Mohamad Javad Zarif wrote in an open letter to the council this week. “We are thus at a crossroads.”