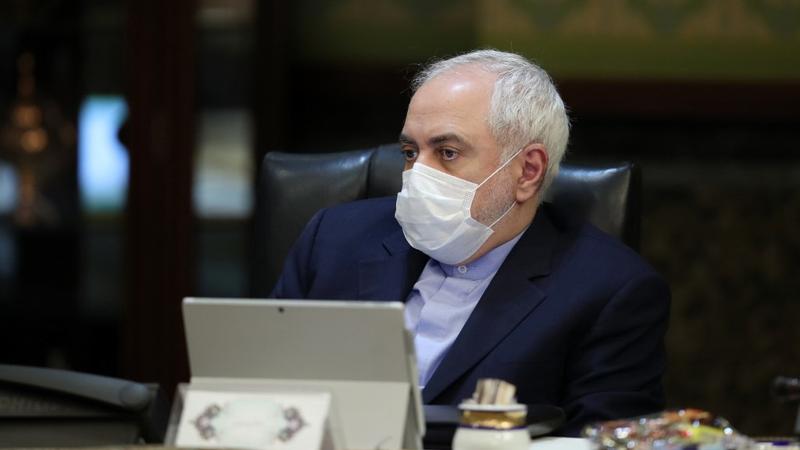 A handout picture provided by the Iranian presidency on March 11, 2020 shows Iranian Foreign Minister Mohammad Javad Zarif wearing a protective mask as a means of protection against the cornonavirus, during a cabinet meeting in the capital Tehran. (PHOTO / AFP)

Iranian Foreign Minister Mohammad Javad Zarif dismissed Donald Trump’s claim that he’d be able to secure a new nuclear deal with Iran within weeks if re-elected, saying a breakthrough would require a complete reversal of US policy toward the Islamic Republic.

Trump said last week that he expects to quickly reach a deal with Tehran if he’s given a second term in November. The comments suggested the American president believes Iranian officials are waiting for the US election before committing to talks with their leading foe in the hope they could get a better agreement if Joe Biden wins the White House.

Zarif told reporters covering a cabinet meeting on Wednesday that the US would have to compensate Iran for the damage caused by its sanctions, and return to the multiparty 2015 nuclear agreement, before Iran considers any new talks with Washington.

“Someone who hasn’t been able to achieve this in three-and-a-half years certainly isn’t capable of doing it in a few weeks,” Zarif said. “Mr Trump has been given the wrong advice.” Biden was vice-president when the US struck the initial accord.

Iran’s economy has been strangled by a tough US sanctions regime imposed by Trump after he exited the landmark accord in 2018.

A severe coronavirus outbreak has further strained Iran’s finances but the country says it’s determined to withstand the pressure, and has repeatedly dismissed Trump’s efforts to negotiate a new deal while under sanctions.

Zarif’s comments come as the United Nations Security Council prepares to vote this week on a US resolution to make permanent an international ban on arms deals with Iran’s that’s due to expire in October under the terms of the 2015 accord.

Zarif said the resolution is “highly illegal” and will gain very few votes. “We will certainly not be confronted with a new resolution,” he said.