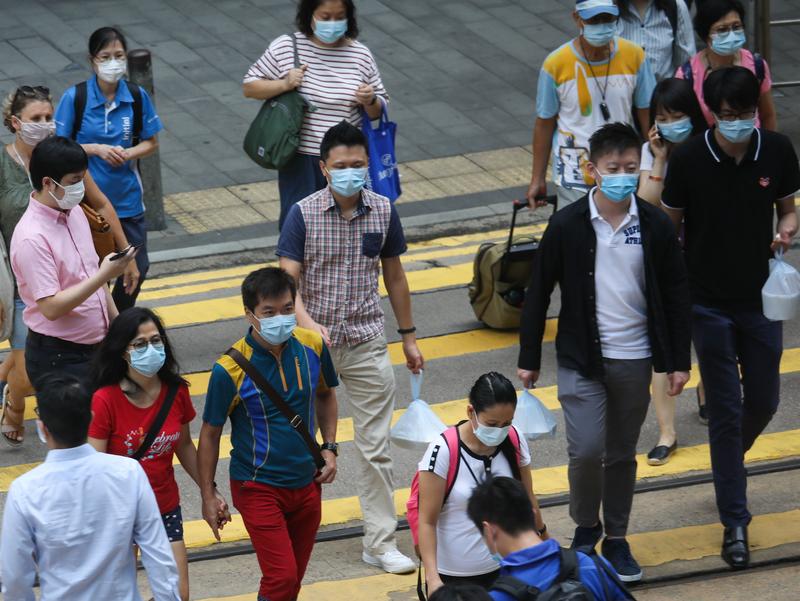 HONG KONG - Hong Kong reported 69 new coronavirus cases on Thursday, of which 65 were locally transmitted, as authorities cautioned the global financial hub still faced a critical period to control the virus, which has seen a resurgence since early July.

In light of the latest epidemic situation, the HKSAR government announced that the special work arrangement for government employees will be extended for one week till Aug 23

Since late January, more than 4,200 people have been infected in Hong Kong, 65 of whom have died. Thursday’s figure was up slightly from Wednesday’s 62 cases.

The latest infections brought the city’s tally to 4,312.

Among the 65 local cases, 32 are related to previously confirmed cases, while the sources of infection of the other 33 cases remained unknown, Chuang Shuk-kwan, head of the CHP's Communicable Disease Branch, said at a media briefing.

The Hospital Authority announced that two more patients, aged 74 and 88 respectively, had died from the disease, taking the toll in the city to 65.

It added that there are still 857 patients in hospitals, with 82 in critical or serious condition, while more than 3,200 patients had been discharged after they recovered.

In light of the latest epidemic situation, the Hong Kong Special Administrative Region government announced that the special work arrangement for government employees would be extended for one week till Aug 23.

With inputs from Reuters, Xinhua