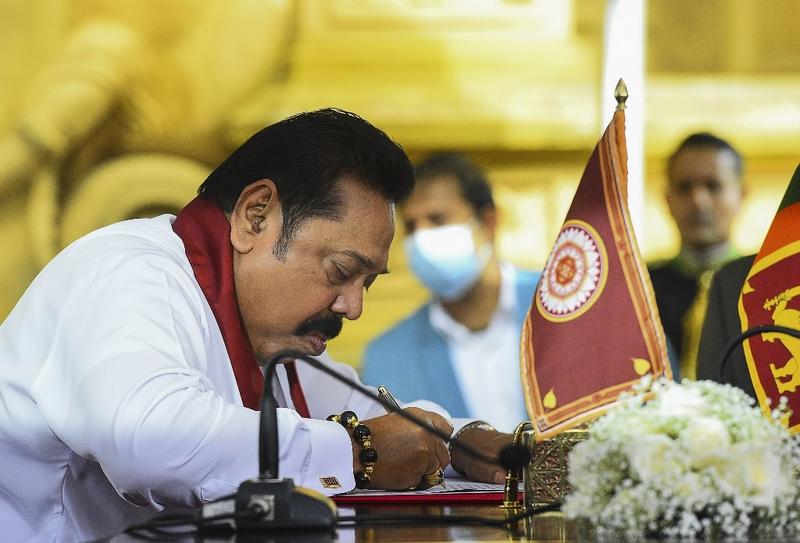 Rajapaksa took oaths during a grand ceremony at Kelaniya Temple, a Buddhist temple on the outskirts of Sri Lanka's capital Colombo in the presence of the diplomatic community and legislators from the ruling and opposition parties.

Rajapaksa was sworn in as the prime minister of the country for the 4th time.

Rajapaksa's party won 145 seats in the Aug. 5 election which was held to elect new legislators in a 225-member parliament.

His new cabinet will take oaths later this week.

According to the Elections Commission, the parliamentary election held last Wednesday was one of the most peaceful held in Sri Lankan history with a 71 percent voter turnout.

The election was held under strict health guidelines due to COVID-19 pandemic which has infected over 2,800 people in the country.

According to Sri Lankan President Gotabaya Rajapaksa, the new parliament will convene on Aug 20.