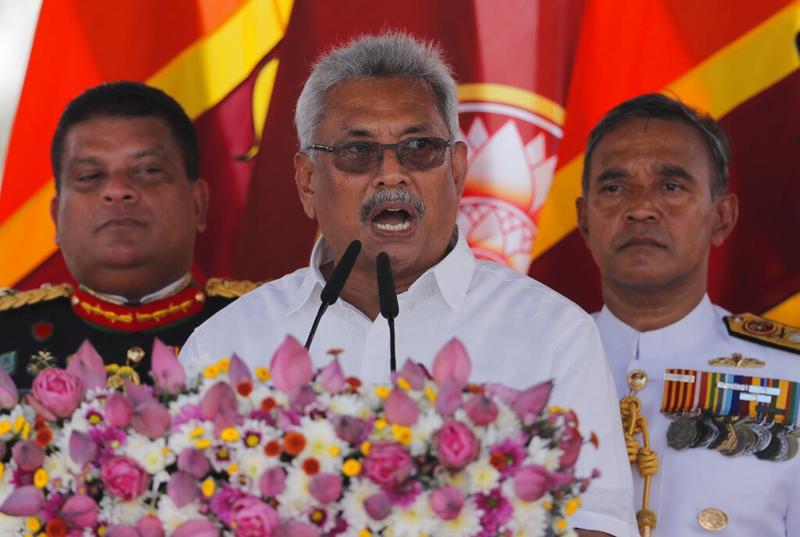 COLOMBO, Sri Lanka — Former defense secretary Gotabaya Rajapaksa was sworn in as Sri Lanka’s president on Monday and appealed to minority Tamils and Muslims who voted against him to give their support.

Rajapaksa, who is credited with helping end the country’s long civil war, comfortably won Saturday’s presidential election. But minorities feared his election because of allegations of human rights violations against him dating from the war.

“We knew from the beginning that our majority Sinhala people will be the biggest factor in our victory,” Rajapaksa said in an address to the nation.

“Even though I knew I could win the presidential election with the support of the Sinhala people alone, I made a special request to Tamil and Muslim people to be partners in that victory. But their response was not to my expectation,” he said.

“But as your new president I ask you again to rally around me as true Sri Lankans for the sake of the future development of our country.”

Rajapaksa said he will maintain Sinhala and Buddhism as the country’s primary culture and provide state support for them, but will allow other groups to preserve their religious and cultural identities. 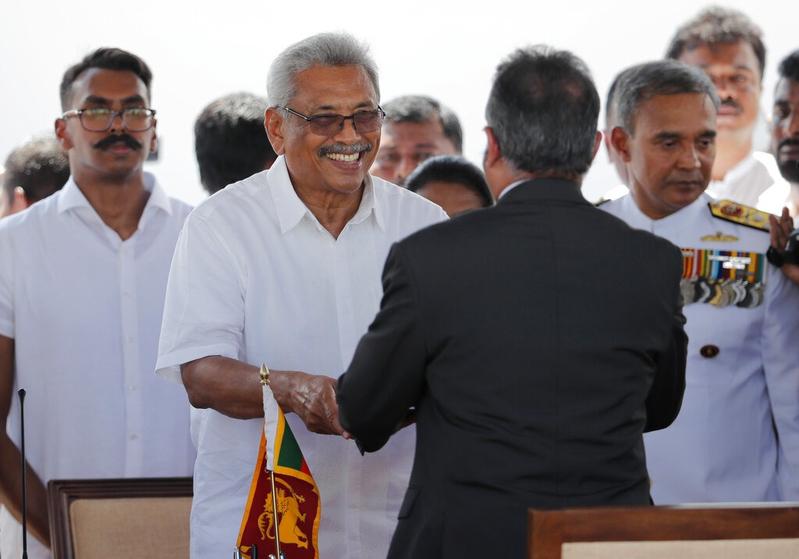 Sri Lanka's newly elected president Gotabaya Rajapaksa, second left, greets as he takes the oath of office in front of chief justice Jayantha Jayasuriya, back to camera as his son Manoj, left, watches during the swearing in ceremony held at the Ruwanweli Seya Buddhist temple in ancient kingdom of Anuradhapura in north central Sri Lanka Monday, Nov 18, 2019. (ERANGA JAYAWARDENA / AP)

Rajapaksa said he will maintain Sinhala and Buddhism as the country’s primary culture and provide state support for them, but will allow other groups to preserve their religious and cultural identities

“We want to remain neutral in our foreign relations and stay out of conflicts among the world powers,” Rajapaksa said. “We request all countries to respect our country’s unity and sovereignty in dealing with us.”

Rajapaksa was secretary of the defense ministry in a government led by his brother, former President Mahinda Rajapaksa, and is credited with playing a crucial role in ending the separatist civil war by ethnic Tamil rebels.

He is accused of serious human rights violations, including overseeing abductions, torture and extrajudicial executions. He is also accused of being behind “white van squads” that whisked away critical journalists, activists and civilians suspected of links to the rebels. Some were tortured and released while others simply disappeared.

The daughter of a prominent journalist killed in 2009 has accused Rajapaksa of being behind her father’s murder.

Under the Rajapaksa brothers, Sri Lanka’s military was accused of targeting civilians in the civil war and killing rebels and civilians who surrendered in the final days of the fighting.

According to a UN report, about 40,000 Tamil civilians were killed in the final months of fighting alone.

During the election campaign, Rajapaksa pledged not to honor a United Nations Human Rights Council resolution that Sri Lanka agreed to in 2015 to investigate alleged human rights abuses by both government forces and Tamil Tiger rebels during the war.