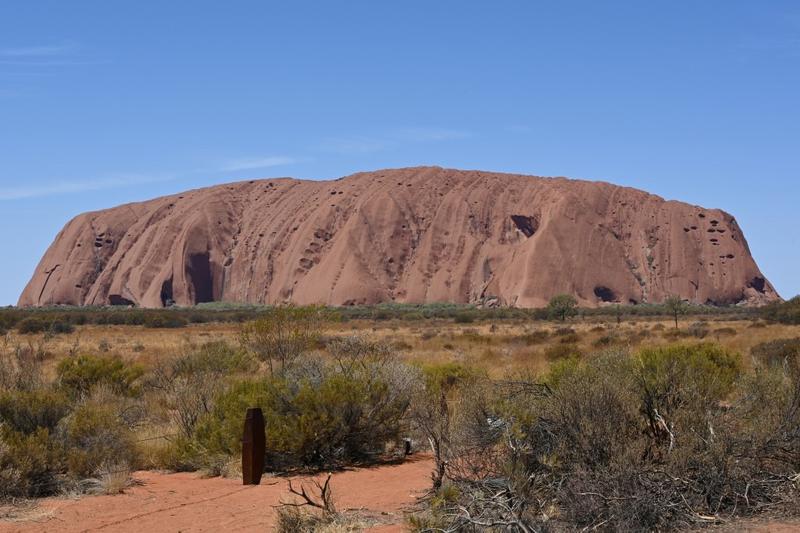 In this Oct 26, 2019 file photo, a general view of Uluru, also known as Ayers rock, is seen after a permanent ban on climbing the monolith, at the Uluru-Kata Tjuta National Park in Australia's Northern Territory. (SAEED KHAN / AFP)

SYDNEY - Australia has closed the national park home to its revered indigenous site of Uluru after some in the community blocked an access route for fear that visitors could carry in coronavirus infections.

The country is battling a new wave of the deadly virus, with southeastern Victoria state reeling from hundreds of infections

The country is battling a new wave of the deadly virus, with southeastern Victoria state reeling from hundreds of infections, while Indigenous Australians are seen at greater risk as they suffer a higher incidence of other health woes.

“It’s up to tourists to stay away if they come from hotspots or are sick,” Thalia Bohl-Van Den Boogaard, the representative of a group of Indigenous Australians protesting against the visits, told Reuters by telephone.

A few protesters from the indigenous community stood on the main entrance road to the park on Tuesday, down from the previous day’s numbers of between 30 and 40 that had turned away tourists before the attraction closed, she said.

The group was concerned by the arrival in a nearby town of 39 people from the northeastern city of Brisbane, a declared virus hotspot, said Bohl-Van Den Boogaard, the chief executive of the Mutitjulu Community Aboriginal Corporation.

“People here have been locked in their communities for months and months to contain the spread, and now it’s not up to them to do the right thing,” she added, urging visitors to keep away.

About 350 tourists have visited the park following July’s re-opening of the state’s borders since closure in March during the first wave of the pandemic, Bohl-Van Den Boogaard said.

Parks Australia, the state-run manager of heritage estates and nature sites, said it was working as part of a “collective response” to minimise the risk of contagion.

“At the request of the Mutitjulu Community Aboriginal Corporation, Uluru-Kata Tjuta National Park will be closed,” a spokesman told the Australian Broadcasting Corp on Monday.

An agency spokeswoman said the park would stay closed during discussions with the group and Northern Territory officials to ramp up health screening and testing at the local airport and Yulara, the town the Brisbane group visited.