Official calls for study of Xi's book by Party 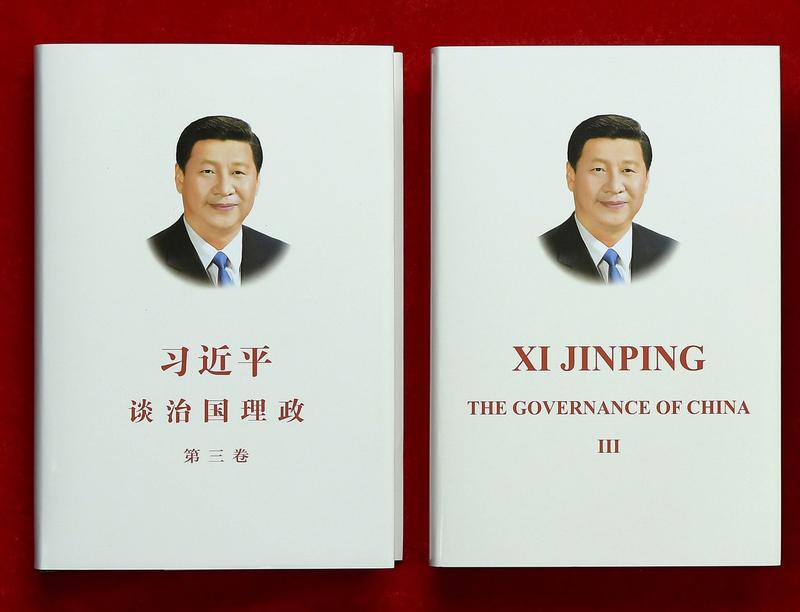 A senior Communist Party of China official called on Wednesday for in-depth study and research of the third volume of Xi Jinping: The Governance of China among Party members in a bid to make Xi Jinping Thought on Socialism with Chinese Characteristics for a New Era better understood by the world.

Among the topics highlighted in the third volume of Xi Jinping: The Governance of China is Xi's concept of "a community with a shared future for mankind"

The third volume fully records the practices of the CPC Central Committee with Xi at the core in uniting and leading the whole Party and Chinese people of all ethnic groups to make new and major progress by overcoming difficulties and challenges since the 19th CPC National Congress in 2017, Wang said.

ALSO READ: Xi rallies nation for a great cause

The authoritative work calls on the whole Party to stay true to the Party's founding mission and lead the Chinese people to live a better life, he said, adding that the book also contributes to guiding the world to pursue harmony and advancing the building of a community with a shared future for mankind.

Wang urged the whole Party to fully understand that at this new historical starting point, Xi's Thought is a guideline for the nation to uphold and develop socialism with Chinese characteristics and realize the great rejuvenation of the Chinese nation.

The new volume collects 92 articles in 19 topics, including speeches, conversations, instructions and letters of Xi between Oct 18, 2017, and Jan 13, 2020. The volume also contains 41 photos of the Chinese leader during the same period.

Among the topics highlighted in the third volume is Xi's concept of "a community with a shared future for mankind".

The first and second volumes of the book have been well received at home and abroad since they were published in 2014 and 2017, respectively.

The Chinese and English versions of the third volume of Xi's book have been made available at bookstores in more than 70 countries and regions in Asia, Africa, Europe and South America, and have aroused great attention among foreign readers, according to the publisher, the China Foreign Languages Publishing Administration.