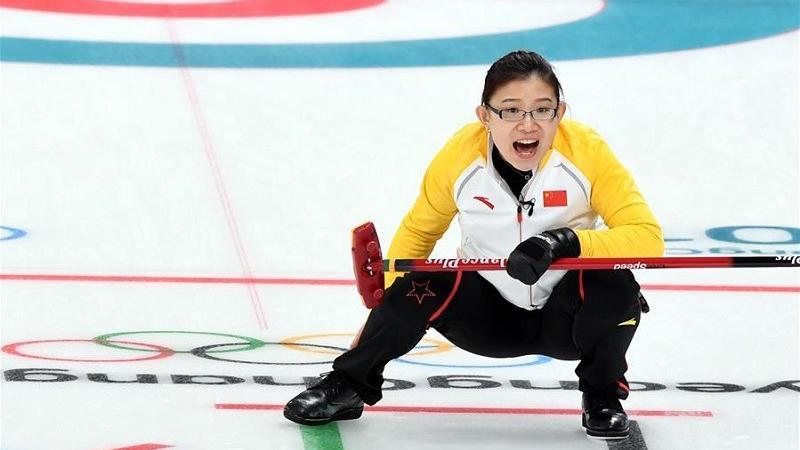 For curling star Wang Bingyu, the most memorable venue she's played in is not the Gangneung International Ice Rink in South Korea, where she was crowned world champion in 2009.

Instead, it's a decidedly more humble arena that she remembers more fondly - Beijing's Zhong Ti Olympic Curling Center, where Wang skippered China to victory at the Pan-Pacific Junior Curling Championships, back in 2005.

"That's the coldest curling venue on the planet!" Wang recalled with a smile.

"The venue owner couldn't afford the electricity bill, so the air-conditioning system was switched off. It was freezing!"

The venue owner couldn't afford the electricity bill, so the air-conditioning system was switched off. It was freezing!

Back then, the venue was owned by Yang Hui and her husband, Wei Deguang, a businessman who developed an unlikely love affair with the sport.

Wei's curling odyssey began in Canada around three decades ago. After first meeting Yang in 1993, he visited her in Montreal, where she was studying.

A trip to a rink in the city, at the invite of a local, would change Wei's life forever. He became mesmerized by this game of "chess on ice", and reckoned its combination of dynamism and elegance could be a hit back home.

Upon returning to China, Wei raised some capital and in 2000 purchased land in Beijing's northern district of Huairou, with a plan to build the country's first curling rink.

In 2004, Zhong Ti Olympic Curling Center was completed but, owing to a lack of funds and high operational costs, the rink was unable to open to the public.

The following year, Wei was offered an opportunity to cooperate with the Chinese Curling Association (CCA). Back then, the national curling teams were forced to practice at hockey rinks in the country's northeastern city of Harbin, Heilongjiang province.

Wei was encouraged by the CCA to stage the Pan-Pacific Junior Curling Championships at his new venue. He and Yang were so determined to grab this opportunity they even decided to sell their apartment in order to raise funds for the event.

Despite the couple's extraordinary efforts, the championships were a far cry from perfection. "On the eve of the competition, we found the ice surface didn't meet the standard, as we were very inexperienced in making curling ice," Yang recalled. "So we were in a rush to manage to freeze it in time.

"In addition, without adequate funding to sustain the air conditioning, the competitors had to play games with the temperature hovering around zero degrees."

Despite those quite sizable teething problems, the Zhong Ti center, which was equipped with six lanes, soon became the base for China's elite curlers, with both the men's and women's national teams and several local outfits training there all year round.

Yang recalled that Wang Bingyu and her teammates would stay at the center during the Chinese New Year to train amid their busy competition schedules. In keeping with Spring Festival traditions, they would even make dumplings at the canteen. 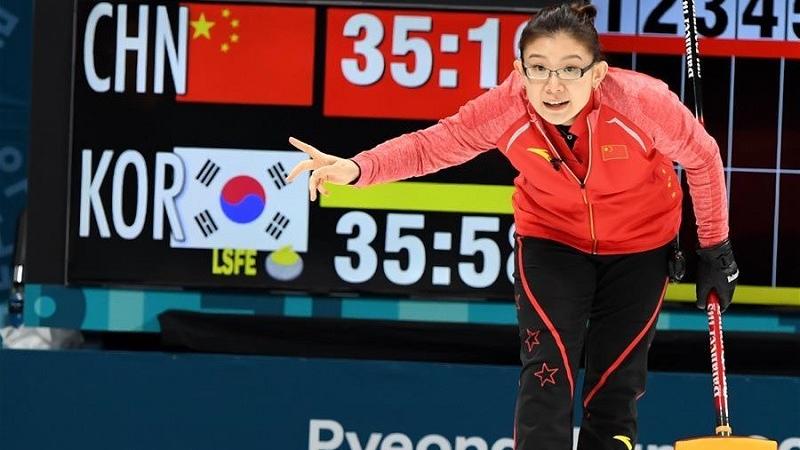 In just a few years, Chinese curling made rapid progress. In 2007, both the men's and women's squads were crowned Pan-Pacific champions for the first time. In 2008, the women finished runners-up at the world championships and went one better in 2009 to claim the title.

However, it was only when the women's team grabbed Olympic bronze at the 2010 Winter Games in Vancouver that curling really soared in popularity in China.

With the construction of a new arena in Harbin, the hometown of Wang and many other top curlers, the Zhong Ti center lost its status as the headquarters of the national squads and instead became the base for the nation's wheelchair team.

In 2014, Wei established the Beijing Wheelchair Curling Team, which only nine months after its formation scooped a gold medal at the National Games of Disabled Persons.

Helping Chinese people enjoy the beauty of curling had always been Wei's dream, and five years after the construction of the Zhong Ti center, Wei finally had the chance to open it to the public.

Supported by the Huairou District Education Commission, the center became a place for schoolchildren to undertake their curriculum-mandated physical training, with tens of thousands of local kids getting their first taste of curling there. 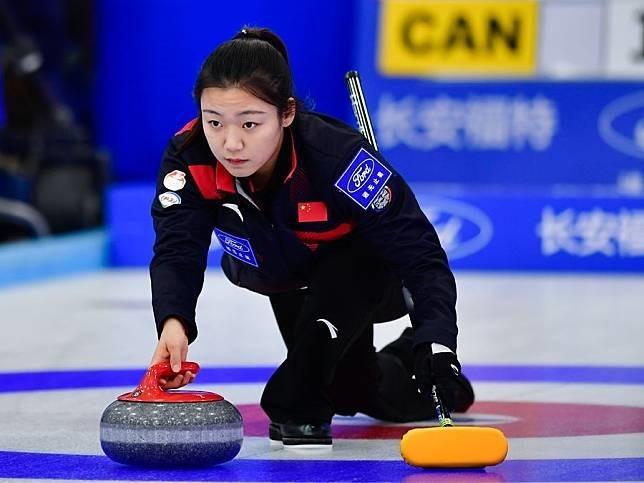 Han Yu is in action of China's match against Canada at the Qinghai International Curling Tournament on Dec 8, 2019. (ZHANG LONG / XINHUA)

Han Yu, captain of the Chinese women's national team, was one of those youngsters. In 2016, when she was training for just six hours a week, Han won mixed-doubles silver with British partner Ross Whyte at the Winter Youth Olympics.

However, despite receiving government subsidies, Wei had debts mounting for two decades.

Yang recalled that he would often wake up in the morning and mutter about the amount of work there was to do while brushing his teeth.

As the stress mounted, Wei became a heavy smoker, getting through four packs of cigarettes per day.

In late 2016, Wei's health failed and he died from complications arising from acute hemangioma, a tumorous condition.

Many of Wei's overseas friends flew in to attend his funeral, most of whom he met had through curling. It was comforting for Yang to realize that Wei's contributions were respected and that "he didn't waste his life" and spent it "on a career he truly loved".

To continue Wei's work, Yang took charge of the rink, with just 10,000 yuan (US$1,400) in her bank account. After four months of painstaking efforts, Yang managed to clear wage arrears and persuade the creditors to extend a repayment period.

However, she was ultimately unable to stave off the tide of mounting debts and the center was put up for auction, with Yang forced to bid farewell to the venue.

To keep her husband's curling dream alive, she is now the co-operator of two new rinks in Beijing's Dongcheng and Fengtai districts, with a more savvy business plan in place that ensures revenue from rink fees.

Yang also encourages her son to establish curling clubs in universities. In cooperation with the Federation of University Sports of China, they co-host a curling league among 20 universities in Beijing, including the prestigious Peking and Tsinghua universities.

"I always tell my son that his father worked hard, but he worked for his love and dream, and this dream is impacting thousands," said Yang. "We live on faith in dreams."