Curling in China is in 'uphill' phase, say skip, coach 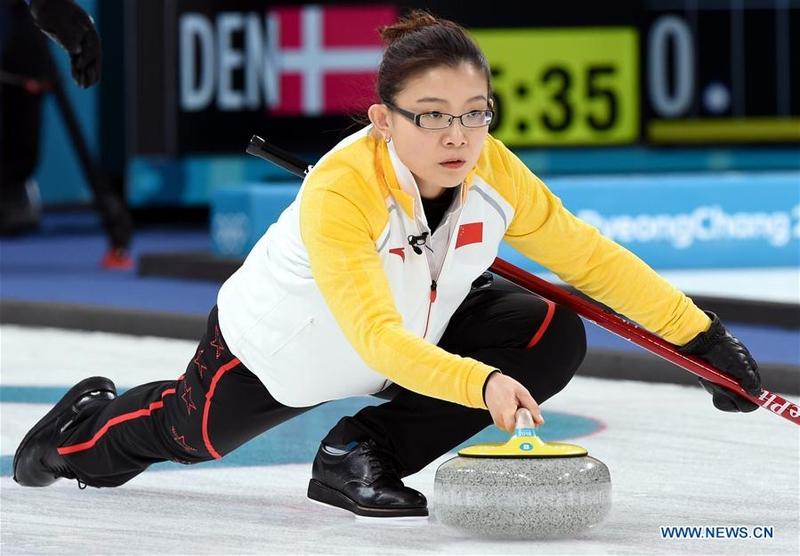 PYEONGCHANG - Chinese skip Wang Bingyu said after her last match here in PyeongChang Wednesday that she was glad her team really enjoyed the Olympic Games and that she hopes curling in China could conquer the difficulties in an "uphill" phase to have a promising future.

33-year-old Wang, world champion in 2009 and bronze medalist at 2010 Vancouver Olympic Games, has skipped her team to four wins and five losses in the round robin session of women' s curling at PyeongChang.

It was the first time that they played the Olympics, and we all tried our best in every match, which was something remarkable

Though they didn't make it to the semifinals, Wang said that she is really proud of her team which was formed less than a year ago, especially the two younger players who were first-time Olympians.

"It was the first time that they played the Olympics, and we all tried our best in every match, which was something remarkable," she said.

Wang's team had grabbed the ticket to PyeongChang at the last moment through the Olympic Qualification Event in Pilsen, the Czech Republic last year, after failing to automatically qualify from the 2016 and 2017 world curling championships.

Wang had stressed previously that she knew her team was relatively weak among the 10 teams playing in PyeongChang, and the team, knowing what challenges were facing them, would just cherish the moment and do their best.
"You couldn't restart a game just because you have made a mistake that you regret so much, neither could you get a win just because you want it. So don't think too much of the future, or be immersed in the past regrets. Just live in the present, that's what curling has taught me," Wang said after Wednesday's loss to Sweden.

Wang also said that Chinese curling is now in an "uphill" phase while competitive curling is developing very fast in other countries. 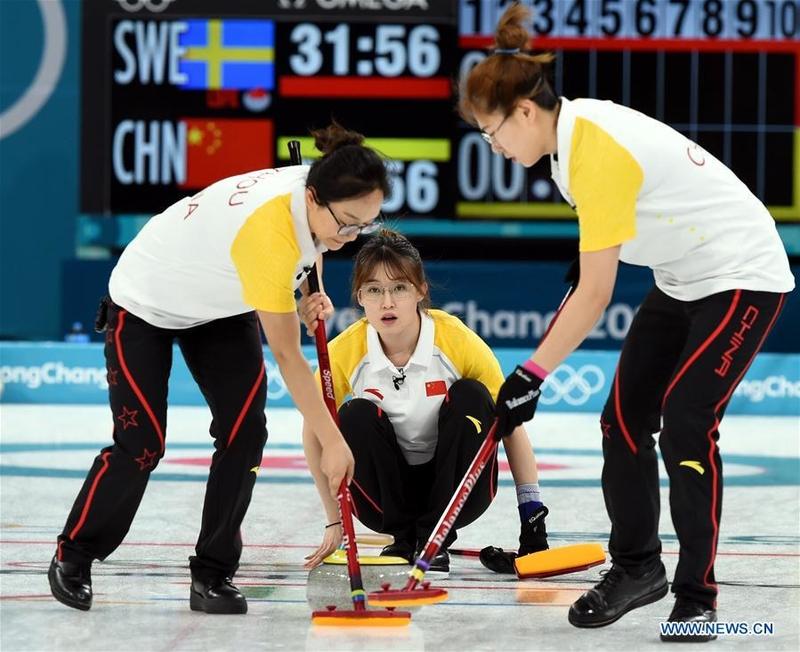 "We won a few international games when players in other countries were not yet professional. But now as a lot of countries have professional curling athletes, we are lagging behind, as we don't have a long history of curling or a curling culture as some of the other countries do," she said.

"We need to summarize our past experiences and truly improve our understanding of curling," she said.

Wang's words were echoed by China coach Tan Weidong, who said that he is satisfied with the team's performance here at PyeongChang, as they have been trying their best and playing relentlessly.

But curling is still not a popular sport in China with less-than-enough professional venues, according to Tan.

"Some of our players had to train abroad, and as for the public, even if they want to try the sport, they may have difficulty finding a place to play," he said.
However, the situation is improving now with new venues being built, and a try-out mechanism of selecting the best teams to fight international games is also being formed, according to Tan.

"It's a fair mechanism, which will give the best teams the opportunity to represent China in international competitions," he said.

Wang said that she hopes more people in China could know more about winter sports including curling, and the Olympic Games is providing a good chance for them to do so.
"A curling game lasts more than two hours, and during the two hours when they watch curling on television, people talk about and pay attention to curling. It's good for the sport,"she said.

"But more importantly, people should go out and try curling themselves," she added.

"It's like playing chess. There might be some set patterns and you might want to check up with a chessbook. But in the end, there is no right or wrong way to make a certain move, and every team should have their own style," she said.
As for the Beijing 2022 Games, Wang said that she would definitely do her best if she is called upon to play, but meanwhile, she hopes that there will be more Chinese teams and players that are good enough to enter games like that.

"I hope more Chinese players and teams could reach the level to play the Olympics, which would be good for the development of curling in China," said Wang.