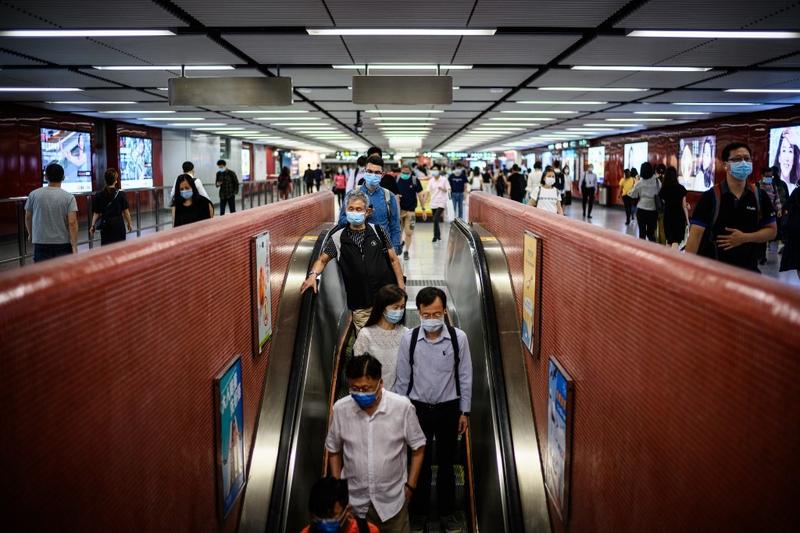 Commuters wear face masks as a precautionary measure against the COVID-19 coronavirus as they take an escalator from the concourse level to the lower platforms of a MTR underground metro train in Hong Kong on May 14, 2020. (ANTHONY WALLACE / AFP)

Hong Kong’s exports fell in April for a second straight month as lockdowns imposed due to the coronavirus pandemic continued to disrupt global trade and restrict travel.

Exports fell 3.7 percent from a year earlier to HK$309.5 billion (US$39.9 billion) better than the median forecast in a survey. Imports fell 6.7 percent to HK$332.8 billion, for 17th straight month of declines,  according to a government release. The trade balance improved from the previous month to a deficit of HK$23.3 billion.

ALSO READ: HK jobless rate jumps to highest level for over a decade at 5.2%

Hong Kong’s economy has been mired in recession since the second half of last year and weakened further after posting its worst quarter on record in the first three months of this year. 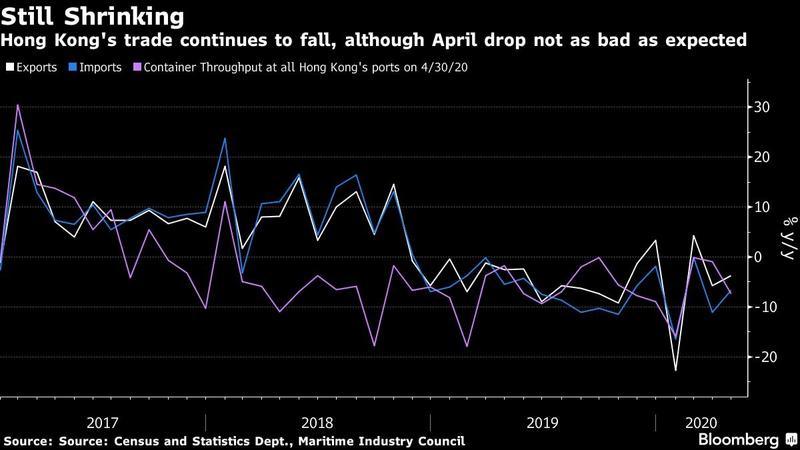 While the city has kept coronavirus infections under control and is starting to loosen some restrictions on social distancing, hopes for a quick economic rebound are complicated by the return of the political unrest of 2019.

Protesters held their largest rally in months on Sunday, clashing with police who deployed tear gas and a water cannon. More demonstrations are expected this week.

In a press release, the government pledged to monitor the situation closely. "Looking ahead, the global economy will remain sluggish until the COVID-19 pandemic is well contained. Hong Kong's merchandise export performance is thus expected to remain under pressure in the near term. The Government will continue to," according to the press release.