More than 15,000 HK shops may close without rent relief 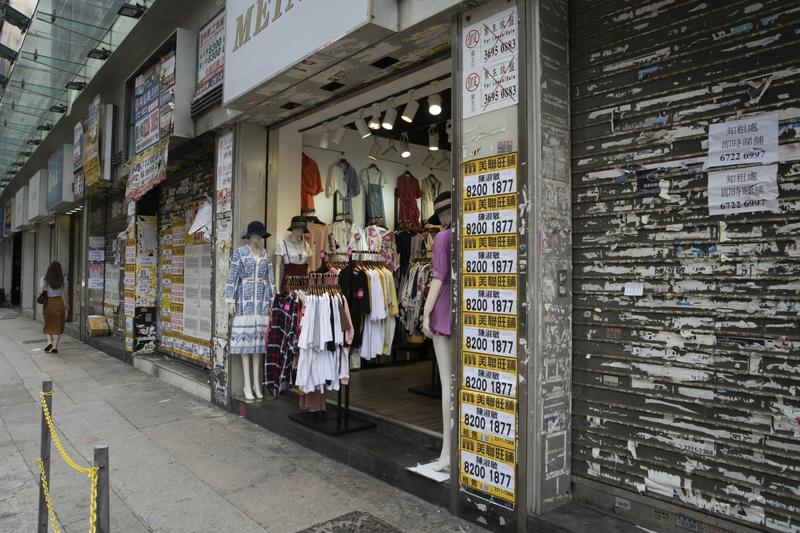 From luxury boutiques to mom-and-pop stores, Hong Kong’s retailers are hurting. Unless landlords can offer more relief, one in four could disappear by December if sales don’t improve, putting an end to the city’s reputation as a shopping mecca.

That’s the gloomy prediction of Hong Kong Retail Management Association Chairman Annie Yau Tse, who says the rent reductions that came after public pressure on landlords in February aren’t sufficient. Most are only willing to cut rents by 10 percent to 20 percent, far from the retail industry’s demand of 50 percent or more. The association estimates there are around 62,400 retail stores in the city.

Most landlords are only willing to cut rents by 10% to 20%, far from the retail industry’s demand of 50% or more

“Not all landlords have provided a subsidy or rental reduction and our drop in sales is larger than the extent of the relief,” said Alain Lam, the finance director of Oriental Watch Holdings Ltd. The high-end watch seller has 11 stores in Hong Kong, seven of which are leased. “If the pandemic persists, we may consider shutting down or moving stores.”

It’s a grim forecast being echoed across the Asian financial center. Once regarded as one of the world’s best shopping destinations, Hong Kong retail is a shadow of its former self.

Anti-government protests and now the coronavirus pandemic have kept the Chinese mainland, the city’s biggest source of inbound tourists, at home. Even locals are scared of going to shopping malls lest they contract the virus, which after a hiatus has started spreading again.

Retail sales by value sank 42 percent in March after a record 44 percent plunge in February. The city’s economy contracted 8.9 percent in the first quarter from a year ago, the Census and Statistics Department Hong Kong said, the worst reading in four decades of data. 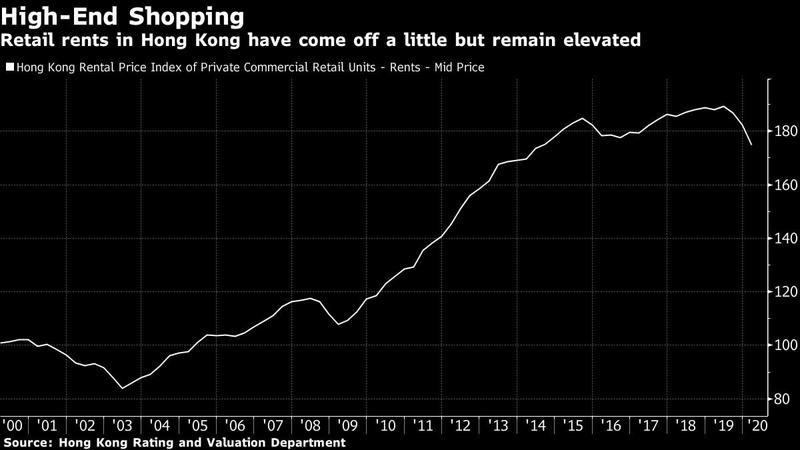 “We are barely surviving now,” said Brian Hui, a sales assistant at a small store selling men’s apparel in Mong Kok’s T.O.P. center. The new mall, home to many South Korean and Japanese brands, was almost empty on a recent Wednesday afternoon, despite its location on Nathan Road, one of the city’s premier retail strips. Hui estimated sales have fallen more than 50 percent.

The store asked that some staff go on unpaid leave and requested a rent cut from landlord Link Real Estate Investment Trust. The developer gave a 20 percent discount, but Hui said it hasn’t helped much.

“It’s better if we could get more of course, but it’s quite hard to negotiate,” he said.

Often, landlords’ reluctance to lower rent can stem from their dominant market position. “Hong Kong is unlike other places,” said Patrick Wong, a real estate analyst with Bloomberg Intelligence. “There are just a few major landlords so their power is quite strong, not many tenants can fight.”

The Hong Kong Retail Management Association’s Yau Tse said some landlords are making decisions month-by-month, with many reluctant to commit to a more straightforward six-month relief package, for example

The Hong Kong Retail Management Association, which represents more than 8,000 companies and whose members employ over half the local retail workforce, named the most unhelpful landlords in terms of rent relief in a survey last month.

Link Reit said in an emailed statement that it has offered to reduce rents, grant rent-free periods and allow some retailers to pay by installment. Offering targeted, rather than across-the-board, relief is “the optimal way to help tenants most in need,” it said.

Sun Hung Kai said it had looked into different tenants’ situations and had lowered some rents between February and April. New World said it also introduced some rental-reduction measures in February through April and is reviewing individual cases.

Another landlord, Chinachem Group, whose leasing portfolio spans office to retail and industrial, is offering discounts of between 20 percent and 50 percent to the majority of tenants, the South China Morning Post reported last week, citing Chief Executive Officer Donald Choi. Chinachem has even allowed some tenants to pay close to zero rent.

In Hong Kong, rent is a huge cost. The city’s Causeway Bay area has the most expensive shop rents in the world, surpassing even New York’s Upper Fifth Avenue and London’s New Bond Street, data from Cushman & Wakefield Plc show.

The Hong Kong Retail Management Association’s Yau Tse said some landlords are making decisions month-by-month, with many reluctant to commit to a more straightforward six-month relief package, for example.

“Their rent reductions have been very unreasonable, not enough to help us through this difficult situation at all,” Yau Tse said. “We will continue urging landlords to stand with us in these tough times, with corporate social responsibility in mind.”