Poetic soul of a nation 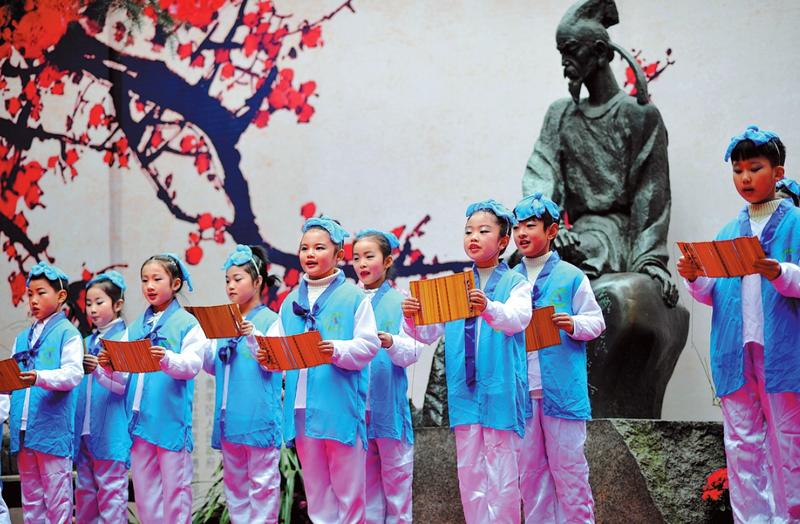 Children participate in a ceremony to remember Tang Dynasty poet Du Fu in front of the Du Fu Thatched Cottage in Chengdu, his former residence, on Feb 25, 2015. (PHOTO PROVIDED TO CHINA DAILY)

The launch last month of the one-hour BBC documentary, Du Fu: China's Greatest Poet, raised heated discussions on the internet amid a greater call for worldwide mutual understanding and support in the fight against the COVID-19 pandemic.

British historian Michael Wood, one of the most popular documentary presenters in the United Kingdom, visited China to retrace the life of the Tang Dynasty (618-907) poet. Wood traveled from Gongyi, Henan province, Du Fu's birthplace, to Xi'an, Shaanxi province, the Tang capital where he rose to fame and spent most of his prosperous years, as well as visiting Chengdu, Sichuan province, where the poet pondered the great suffering of the people incurred by war and turmoil.

If anyone’s looking to have their minds taken off the COVID-19 horrors by learning about the glories of (the) Chinese civilization, Michael Wood’s documentary about the great poet Du Fu looks just the ticket

Despite being revered as the poet sage in China, an immortal figure in the Confucian heritage culture, Du has still remained largely unknown in the Western world. The producer completed an almost impossible task by narrating the life and highlighting creations of the poet in an hour to an audience that does not know him well.

The documentary not only provides Western viewers with an opportunity to understand Du's poetry, but also triggered a discussion on traditional Chinese culture.

"The documentary recognizes a wider acceptance of ancient Chinese literature in the world, and reflects a stronger willingness to communicate between different cultures," says Zhang Tongdao, director of the Documentary Center at Beijing Normal University.

In his interview with Xinhua News Agency earlier this month, Wood said that this documentary was broadcast "just in time" to give Western audiences a new perspective of China and to understand the Chinese ideal.

He received much positive feedback after the film, and there were also viewers asking him where they could find English translations of Du Fu's poetry for sale.

Wood was pleased that his team's effort intrigued the British public during the coronavirus lockdown, and he said the film has had a real impact in helping people from different cultures to understand each other. This is what propelled him to start on the project in the first place. 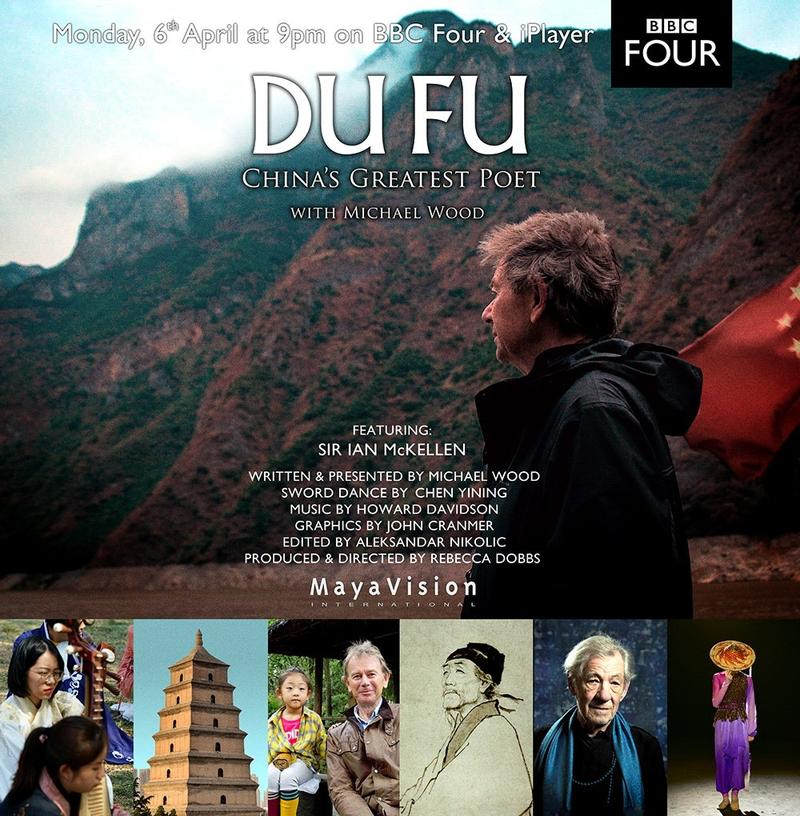 Wood was also quoted by Beijing News as saying that many British viewers felt that the film reflects our common humanity. He said that after making this film, he admired Du Fu even more.

A user named Holland_tom posted on Twitter: "If anyone's looking to have their minds taken off the COVID-19 horrors by learning about the glories of (the) Chinese civilization, Michael Wood's documentary about the great poet Du Fu looks just the ticket."

Another highlight is the sonorous vocal stylings of Ian McKellen, the highly acclaimed British stage and screen actor－who famously played the wizard Gandalf in the cinematic adaptation of JRR Tolkien's seminal work, The Lord of the Rings－adding gravitas to the recitations of Du's 15 poems, including My Brave Adventures.

In the documentary, Sinologist Stephen Owen of Harvard University compares Du with Western literary masters Dante and Shakespeare, and claims that these poets create the very values by which poetry is judged, and poems in the late Tang Dynasty are "the greatest words in the Chinese language".

The outbreak of the An Lushan Rebellion marked the important change from idealism to realism in Tang literature, when Du Fu was shattered by the plight of the people. Official records estimate 30 million people died in wars, famine and displacement. In the film, Wood reminds the audience that this is equivalent to the number of people killed during World War I. 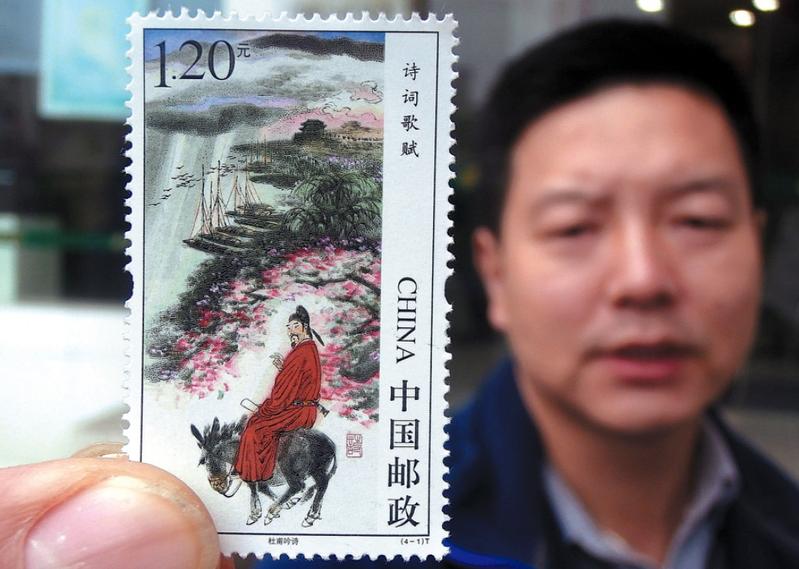 Du Fu was taken prisoner and separated from his family. He could only send his thoughts through verses, such as the Moon Night:

"Her cloud-like hair sweet with mist.

Her jade arms cold in the clear moonlight.

When shall we lean in the empty window together in brightness.

Our tears dried up?"

Du channeled his nostalgia for bygone prosperity in his poem Spring Hope:

"The state is destroyed, but the country remains.

In the city in spring, grass and weeds grow everywhere.

Grieving for the times, even the blossom sheds tears.

Beacon fires have been burning for three months now. 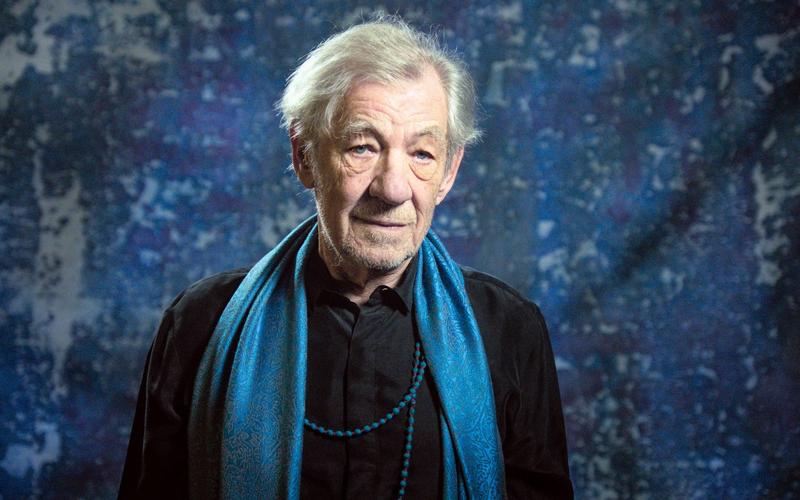 Wood has produced and hosted more than 120 documentary films, including Legacy: The Origins of Civilization, In the Footsteps of Alexander the Great and The Story of India. He wrote and presided over The Story of China, which was broadcast on BBC and other media in 2016 and told of the historical changes in China from ancient times to the reform and opening-up.

During his journey through China, he said he felt deeply that the ancient Chinese poetry tradition still continues. He talked to many Chinese people, and everyone he interviewed told him something about Du Fu. He was impressed by a little girl in front of the Du Fu Thatched Cottage in Chengdu, who could easily recite one of the poet's most famous verses, "Grieving for the times, even the blossom sheds tears."

At the Hunan Poetry Club, he was touched by the college students who recite and sing Du Fu's poems.

In Wood's view, the poet's verses have been passed down through generations because they express the most shining parts of human nature, such as loyalty, friendship, fraternity, tenacity and conscience, which can transcend language, race and time. He says he believes that even if some of the artistic concepts are lost when translated from Chinese to English, it will not affect the understanding of them among Western audiences.

In China, poets have always been seen as the trusted chroniclers of the people's hearts and the nation's history. And for the Chinese, "Du Fu is more than a poet. For generations he has been the guardian of the moral conscience of the nation," he says.