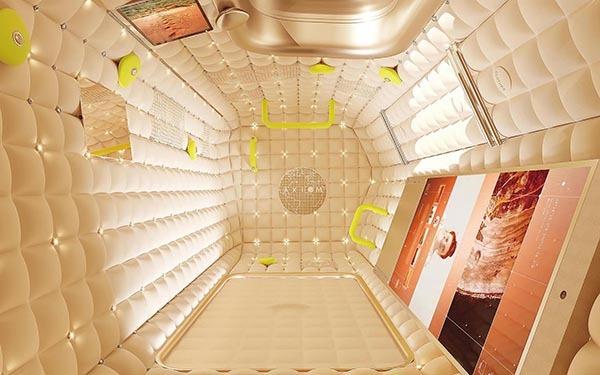 From otherworldly sci-fi lemon squeezers to Café Costes, the French designer and architect Philippe Starck has seemingly done it all. Now, he has been given the go-ahead to start work on the interiors of the habitation module for one of the first space tourism programmes. NASA has selected Houston, Texas-based Axiom Space for access to the Node 2 forward port of the International Space Station (ISS); in layman’s terms, that means the Axiom segment of the ISS will become home base for professional astronauts and private explorers, and will enable universal access to living and working in space.

Building on the legacy and foundation established by the ISS, Axiom aims to make humanity’s venture into Earth’s orbit a permanent frontier for innovation, economic development, scientific discovery and future manufacturing. The station will expand the usable and habitable volume on-station and upgrade it with a 360-degree windowed Earth observatory.

“Axiom focuses on space research and trying to find solutions to democratise space,” says Starck. “I’m thrilled to play a part in this project. Space is the intelligence of the future.” His vision is to create a nest – a comfortable and friendly egg that would feature materials and colours stemming from a foetal universe. The walls are sprinkled with hundreds of nano-LEDs with changing colours as a continuation of the view of the universe through the large windows. “Just as all the shades of lights and colours of day and night, the egg will also live to the mood and biorhythm of its cosmic inhabitant,” says the designer.

In time, the segment will eventually detach and operate as a free-flying station when the ISS is decommissioned, providing a state-of-the-art platform for a bright future in low Earth orbit. “A commercial platform in Earth’s orbit is an opportunity to mark a shift in our society, similar to what astronauts undergo when they see the planet from above,” says Axiom’s executive chairman, Kam Ghaffarian. “Our goal is to advance the state of humanity and human knowledge.” 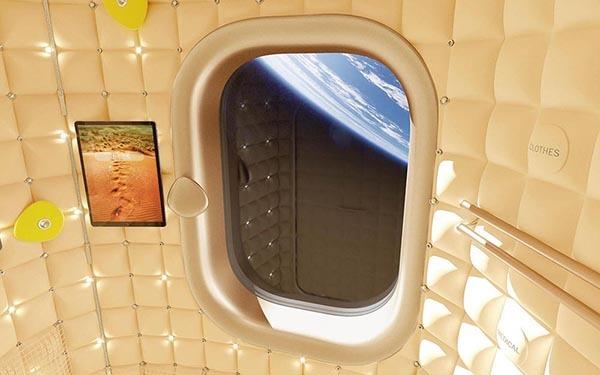