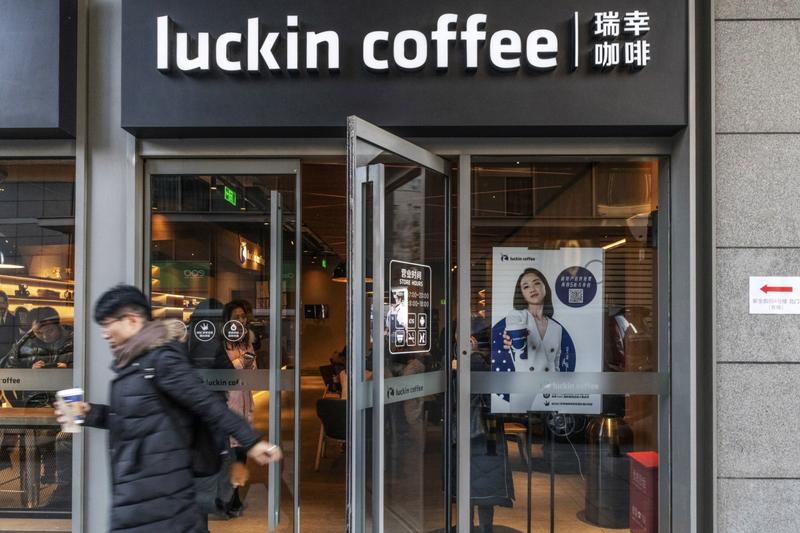 A customer exits a Luckin Coffee outlet in Beijing, China, on Jan 15, 2019. (BLOOMBERG)

Luckin Coffee plunged as much as 81 percent on Thursday after the company said its board is investigating reports that senior executives and employees fabricated transactions.

The company’s announcement that Chief Operating Officer Jian Liu and several employees reporting to him engaged in misconduct casts doubt on the foundations of the Chinese coffee chain’s meteoric rise and its emergence as a key competitor to Starbucks Corp.

Liu and others have been suspended and investors shouldn’t rely on previous financial statements for the nine months ended Sept 30, the company said. The transactions in question occurred last year and totaled about 2.2 billion yuan (US$310 million), according to the filing.

The transactions in question occurred last year and totaled about 2.2 billion yuan (US$310 million), according to a company filing

“Certain costs and expenses were also substantially inflated by fabricated transactions during this period,” Luckin said, while noting the special board committee investigating the matter hasn’t independently verified the figure.

READ MORE: Luckin, a Starbucks rival in China, rises in US stock debut 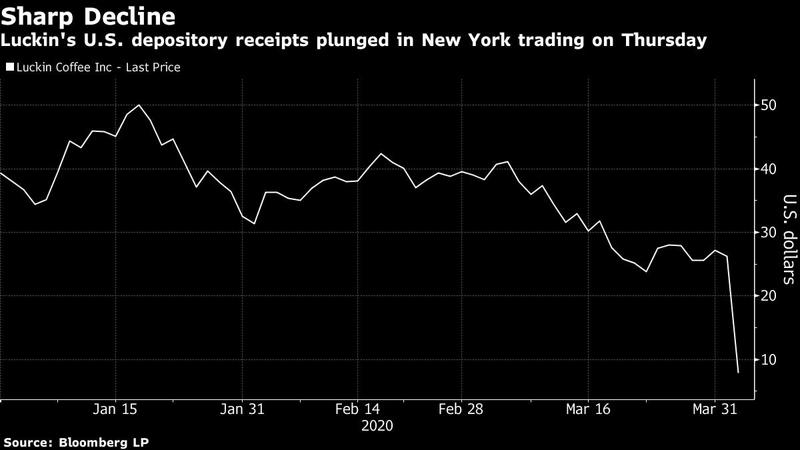 The shares plunged after Muddy Waters tweeted on Jan 31 that the company had a short on the stock after it received what it called a “credible” unattributed 89-page report that alleged accounting issues with the chain and a broken business model. Luckin Coffee denied the allegations.

That followed the company raising US$778 million from a share sale and a convertible bond offering in early January, according to people familiar with the deal. The company raised US$645 million in a US listing in May 2019.