Luckin Coffee eyes expansion in China to take on Starbucks 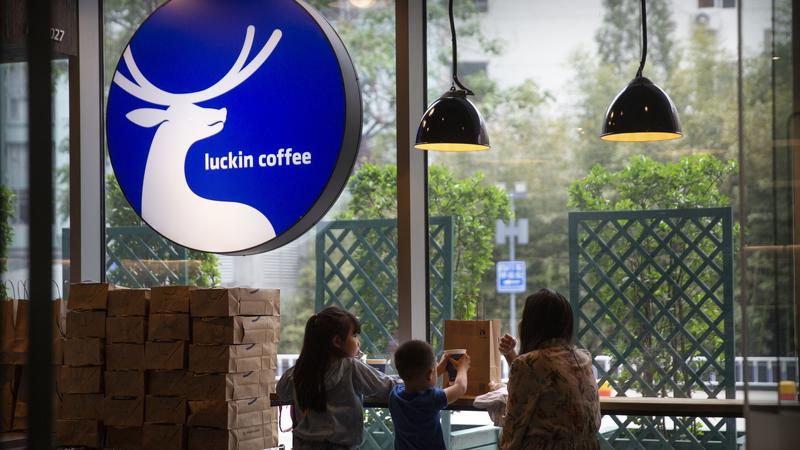 Customers sit inside a Luckin Coffee shop at a shopping center in Beijing, May 18, 2019. (Mark Schiefelbein / AP)

One of Starbucks' leading challengers in China－Luckin Coffee－vowed on Wednesday to open 10,000 stores in the country by 2021 and expand its non-coffee sector despite questions about its plan to achieve profitability.

She added the company will reach 2,500 stores by the end of this year to become the country's largest coffee chain operator in terms of number of outlets and cups sold.

Lu Zhengyao, chairman of Luckin, said Starbucks sells about 1 million cups of coffee in China every day and Luckin was closing the gap. It means Luckin is expected to sell nearly 400 million cups by the end of this year.

One industry expert questioned whether Luckin can hit its targets.

"It can be hard for Luckin to reach its goal of opening so many stores," said Wang Zhendong, chairman of the consultancy firm Shanghai Feiyue Investment Management. "Clearly such large-scale supply will exceed demand, therefore reducing store revenues."

According to Mintel Group's estimate that the year-on-year growth rate of the on-premise coffee sales will fall back to 6 percent, from last year's 7.5 percent. Mintel said the expansion of new retail stores will slow down when aggressive discounts are stopped, resulting in their losing many consumers.

Qian said their store management system, propelled by technology and an information system, will boost their expansion. By doing so, it will break bottlenecks in the catering industry, which has heavily relied on store professionals.

Luckin has 2,370 stores in 28 cities in China so far, mostly pickup stations. It sold 90 million cups of coffee in 2018 thanks to the heavy discounts it has been offering. Qian said earlier they were expecting to continue their discount strategy for another three to five years.

With losses increasing, concerns have been raised about its long-term growth and profitability. Qian said Luckin's single cup cost fell to 13.3 yuan in the first quarter from 28 yuan in the same period last year. If the company's price stays between 16-17 yuan, Luckin is going to post a profit of around three yuan, Qian said.

However, Wang said it would be unlikely to obtain such a profit given Luckin's costs in acquiring new customers and market promotions. He worries that by opening in office buildings, Luckin will have to compete with convenience stores that have brewed coffee services and where the coffee chain has no advantage in terms of pricing.

Qian said the company is lowering its delivery proportion from 61.7 percent to 27.7 percent in the first quarter this year compared with the year before, as delivery cost is about 9 yuan.