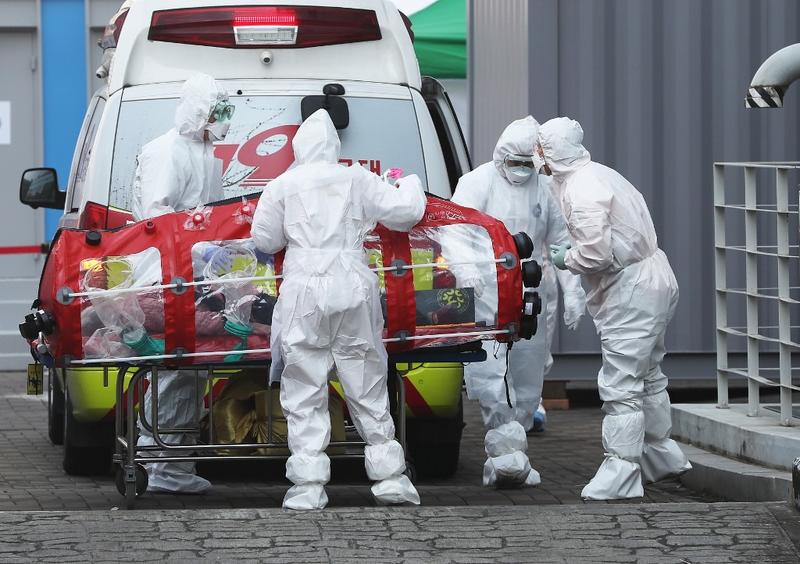 SEOUL/TOKYO/SINGAPORE/CAIRO – The number of new coronavirus cases in South Korea rose again on Sunday, albeit at a slightly lower rate than previous days, as officials called for the public to cooperate in new rationing policies for face masks.

The Korea Centers for Disease Control and Prevention reported 93 new coronavirus cases from late Saturday, for a total of 7,134 in the country. The increase in cases was lower than the same period a day before, though health officials have warned that numbers could fluctuate as more tests are processed.

Japan’s government will offer financial assistance to small businesses as part of a second round of emergency measures against the coronavirus, Prime Minister Shinzo Abe said as the country reported 45 more cases, taking the total to 1,159.

The second Iranian lawmaker has dies of the COVID-19 disease, while some countries in Mideast have taken new precautionary measures as infection continued to spread.

The country has conducted one of the most ambitious coronavirus testing programs in the world, with thousands of people being tested every day.

Facing shortages of face masks, the government starting on Monday will impose a rationing system to limit the number of masks each person can buy each week.

On Sunday, Prime Minister Chung Sye-kyun issued a public message, asking citizens to “actively cooperate” with the efforts to make sure healthcare workers and sick people have access to enough masks.

The government has imposed export restrictions on masks and urged factories to increase production.

Japan Finance Corp, wholly owned by the government, and other organizations will provide interest-free loans for small- and medium-size companies that are experiencing a sharp drop in revenue, PM Abe said on Saturday.

The government aims to finalize the second round of the emergency measures by March 10 that also include steps to prevent a spread of the virus, address issues arising from the closure of schools and a decrease in business activity, he said.

Of Japan’s 1,159 cases, 449 people were infected domestically and 696 are from the Diamond Princess cruise ship moored in the port city of Yokohama, while 14 are returnees by chartered flights, public broadcaster NHK reported.

By prefecture, Hokkaido reports the most cases at 98. It is followed by Aichi with 70, Tokyo with 64, Kanagawa with 41 and Osaka with 41. Meanwhile, 11 health ministry and quarantine officials have also been confirmed to be infected. 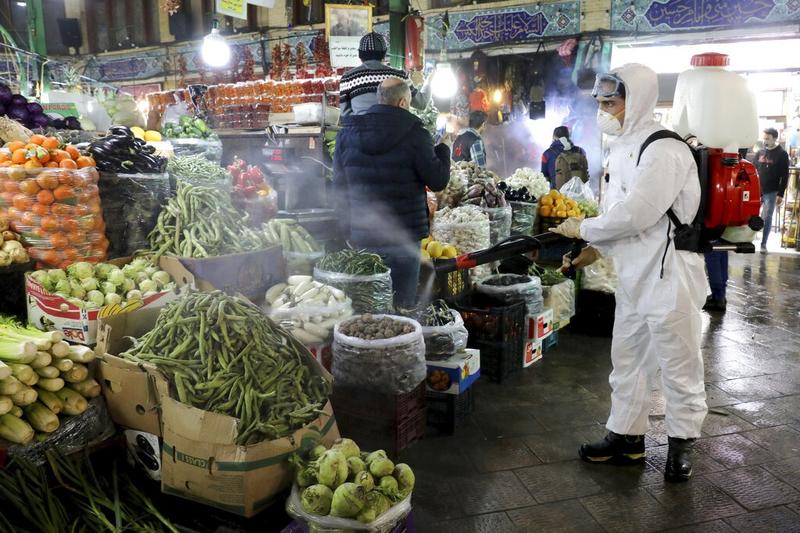 Iranian lawmaker Fatemeh Rahbar, 55, who was recently elected to the parliament from the capital Tehran, died of COVID-19 infection Saturday as the epidemic claimed 21 more lives in the country.

Iran has been the hardest-hit country in the region by the epidemic, with the death toll rising to 145 Saturday. So far, Iran's total number of confirmed COVID-19 cases climbed to 5,823, up from 4,747 on Friday. A total of 1,663 patients have recovered.

In Tehran, an Iranian court on Saturday started trial of 10 individuals charged with hoarding health supplies and disrupting Iran's economy. Ebrahim Raisi, chief of Iran's judiciary, vowed long sentences or capital punishment for the defendants in the case.

Four of eight new cases were linked with the new contagious cluster involving a private dinner function at the Joy Garden restaurant in west Singapore. So far 21 cases were reported from this cluster.

Another new case was linked with the previous cluster of the Life Church and Missions Singapore, while two more were imported cases. One case is currently unlinked.

The UAE Ministry of Health and Prevention said in a statement that 15 new COVID-19 cases were detected Saturday, bringing the total number of confirmed cases to 45.

In Manama, Bahrain's Health Ministry announced that the total number of confirmed COVID-19 cases in the country rose to 77, of whom 76 were stable while one was in "critical condition."

In Baghdad, Iraqi Health Ministry announced eight new cases of COVID-19 infection, bringing the total number of the confirmed cases to 54, of whom four have died and three have recovered.

In Beirut, the Rafic Hariri Hospital announced six new COVID-19 cases, bringing to 28 the total number of confirmed cases in the country.

In Palestine, three new cases were reported on Saturday, bringing to 19 the total number of confirmed cases of COVID-19 infection. All the cases are from the West Bank city of Bethlehem.

The government in Bethlehem, where the first seven cases were detected on Thursday, ordered a total shutdown of the tourist city until Monday night, except for the health sector. In the Hamas-ruled Gaza Strip, the Palestinian Businessmen Association called for suspending all commercial activities in the coastal enclave, while deciding to cancel all meetings and gatherings in the private sector.

Kuwait decided Saturday to suspend all flights with seven countries for one week, including Bangladesh, the Philippines, India, Sri Lanka, Syria, Lebanon and Egypt. All passengers, who are from the seven countries or have a valid residency in these countries, and non-Kuwaitis, who have entered or transited in these countries during the past two weeks, will be denied access into Kuwait.

Saudi Arabia Saturday suspended the entry of passengers from Kuwait, the UAE and Bahrain by land, as part of the precautionary measures recommended by the health authorities.

In Yemen, which has not reported any COVID-19 case, the government announced a number of measures to curb a potential outbreak, including suspending issuing visas for foreigners and calling on its citizens to abide by the travel ban on Iran.