One infected, two suspected of contracting coronavirus in HK

By Shadow Li and Zhao Ruinan 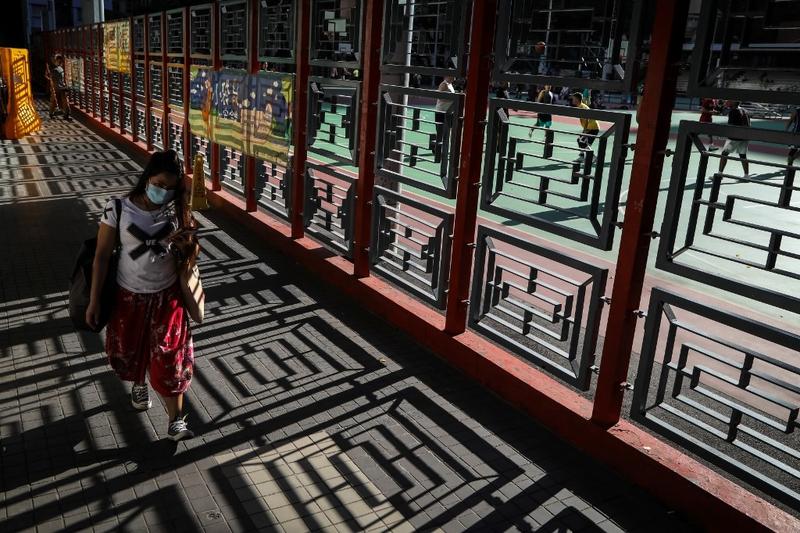 This Feb 29, 2020 photo shows a pedestrian wearing a face mask, amid concerns about the spread of the COVID-19 novel coronavirus, walking down an alley in Hong Kong. (VIVEK PRAKASH / AFP)

HONG KONG – The city on Sunday confirmed one more infection of the novel coronavirus linking to a Buddhist worship hall, there the city’s largest cluster of cases were found, while two more suspected cases linking to another major cluster – passengers onboard a cruise ship, were recorded.

Two other people were tested preliminarily positive of the virus.

At a daily briefing, Chuang Shuk-kwan, head of the Communicable Disease Branch of the Centre for Health Protection of the Department of Health, said that a 71-year-old woman, who helped out at the Fook Wai Ching She in North Point, was the 16th patient linked the worship hall.

On Feb 29, the female patient, who helped prepare food at the hall, called the government’s hotline after several cases linking to the hall were made public. She was arranged to be tested and confirmed positive on Sunday.

She told the authorities that she had dined with the 92nd confirmed patient who visited the hall earlier.

The other two suspected cases were two passengers who were on board a luxury cruise ship that was under quarantined for more than two weeks at a Japanese port. Serums of the two – one 68-year-old woman and 56-year-old man, were tested positive for the antibody of the virus.

Another couple living in Sham Shui Po was preliminarily tested positive of the virus. The wife, 76, and the husband, 79, have diabetes and are on insulin treatment.

Also, the Guangdong authorities have alerted the SAR government that a passenger onboard flight CX250 to Hong Kong on Feb 28 was confirmed infected. The patient then took the ferry 3A109, carrying more than 70 passengers, to the Shekou port of Shenzhen on the same day.

Chuang urged those who have taken the same flight and ferry with the patient to take tests and medical surveillance.

According to the Hospital Authority, a total of 60 confirmed patients have remained hospitalized in 10 public hospitals, with one of them in critical condition and three in serious conditions.