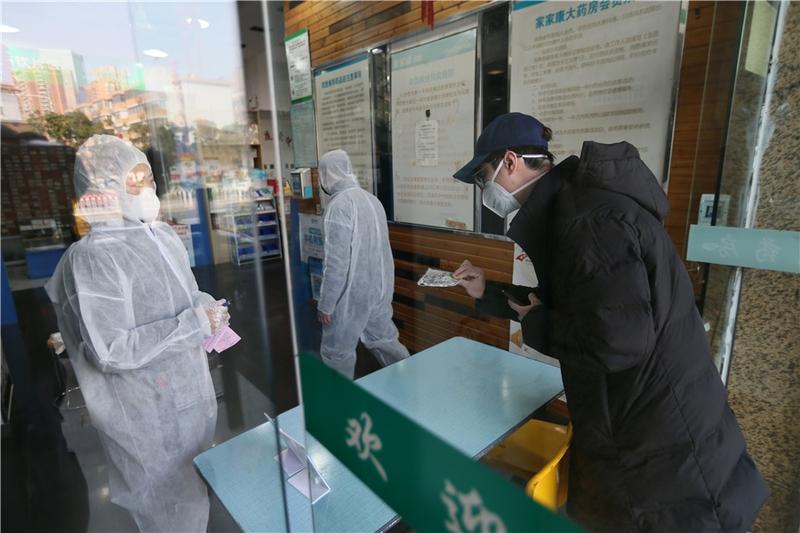 A resident purchases N95 masks at a pharmacy in Wuhan, Hubei province, on Jan 29, 2020. (ZHOU GUOQIANG / FOR CHINADAILY.COM.CN)

BEIJING - The Chinese mainland has invited experts from the World Health Organization (WHO), Hong Kong and Macao special administrative regions and Taiwan to do field study in Wuhan in Central China's Hubei province which first saw the novel coronavirus (2019-nCoV) outbreak, Yang Jiechi, member of the Political Bureau of the Communist Party of China (CPC) Central Committee, told US Secretary of State Mike Pompeo by phone on Wednesday at the latter's request.

Yang Jiechi said that under the leadership of President Xi, the Chinese government and people are making every effort to combat the pneumonia epidemic caused by the new virus

In discussing China's efforts to combat the 2019-nCoV epidemic, Yang pointed out how China had speedily shared with the world information such as the genetic sequence of the new virus.

Since the outbreak of the epidemic, China, in an open, transparent and responsible manner, has promptly informed the WHO and relevant countries and regions, including the US, of the epidemic situation.

Yang said that under the leadership of President Xi Jinping, the Chinese government and people are making every effort to combat the pneumonia epidemic caused by the new virus.

China has established a working mechanism for joint prevention and control with multiple departments involved, and taken resolute and effective measures in Wuhan as well as other regions of the country to contain the spread of the epidemic with all its strength, Yang said.

He noted that China has the confidence and capability to win the battle of epidemic prevention and control.

Pompeo conveyed sympathy for the casualties caused by the 2019-nCoV-linked pneumonia in China and expressed appreciation for China's timely response to US concerns after the outbreak.

Pompeo said the US was willing to keep in close communication and coordination with and provide necessary assistance for China in order to jointly deal with the challenge to international health security.