Xi: China has capability to win battle against epidemic

By An Baijie and Cao Desheng 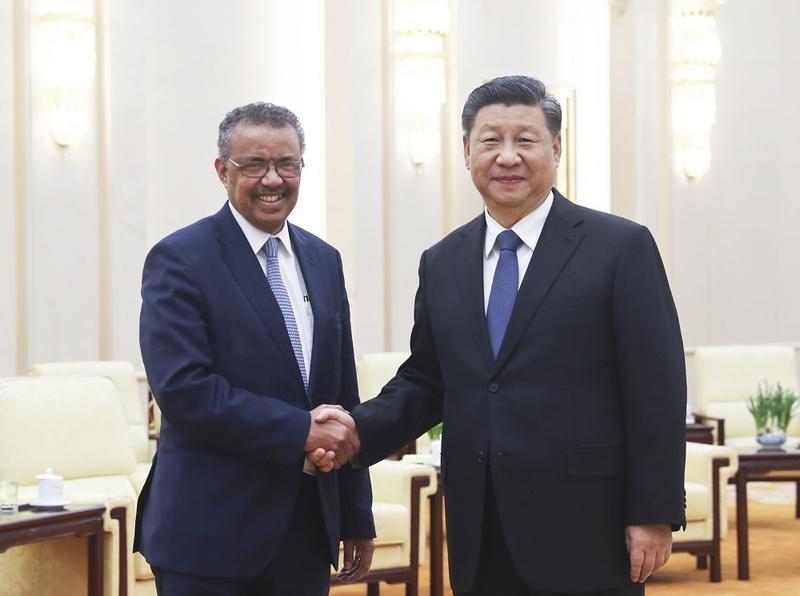 China has full confidence and the capability to win the battle of prevention and control against the outbreak of pneumonia caused by the novel coronavirus, President Xi Jinping said on Tuesday.

Xi made the remarks while meeting with Tedros Adhanom Ghebreyesus, director-general of the World Health Organization at the Great Hall of the People in Beijing.

The Chinese people right now are faced with a very serious battle. And for the Chinese government, this is something that we take very seriously, because in our view, nothing matters more than people's safety and health for us.

"The Chinese people right now are faced with a very serious battle. And for the Chinese government, this is something that we take very seriously, because in our view, nothing matters more than people's safety and health for us," Xi said.

Xi mentioned that on Saturday, the very first day of the Chinese Lunar New Year, the Standing Committee of the Political Bureau of the Communist Party of China Central Committee convened a special meeting on the outbreak of the disease.

"And that tells you how seriously the CPC is taking this issue and what a priority it is for us," Xi said, adding that the CPC also has established a Central Committee leading group on responding to the disease outbreak. All the Chinese people and government at all different levels are fighting the very serious battle against the epidemic, Xi said. With strong resolve, a scientific approach and tailor-made policies, China will be able to prevail over this outbreak, he added.

Noting that the WHO has been playing a positive role in coping with public health and safety issues, Xi said China looks forward to continuing positive cooperation with the WHO to share information about the epidemic.

Tedros spoke highly of the measures taken by China on dealing with the disease, including sharing information internationally.

"And the other important element is the political commitment and your personal leadership, which we have been following," Tedros said to Xi.

China's political commitment and the country's serious measures will help stop the spread of the virus, he said, adding that the WHO appreciated Xi's very strong leadership and that China will finally win the battle against the epidemic.

The WHO firmly supports the measures taken by the Chinese government to fight against the epidemic, and it would like to enhance communication and cooperation with China, he said. 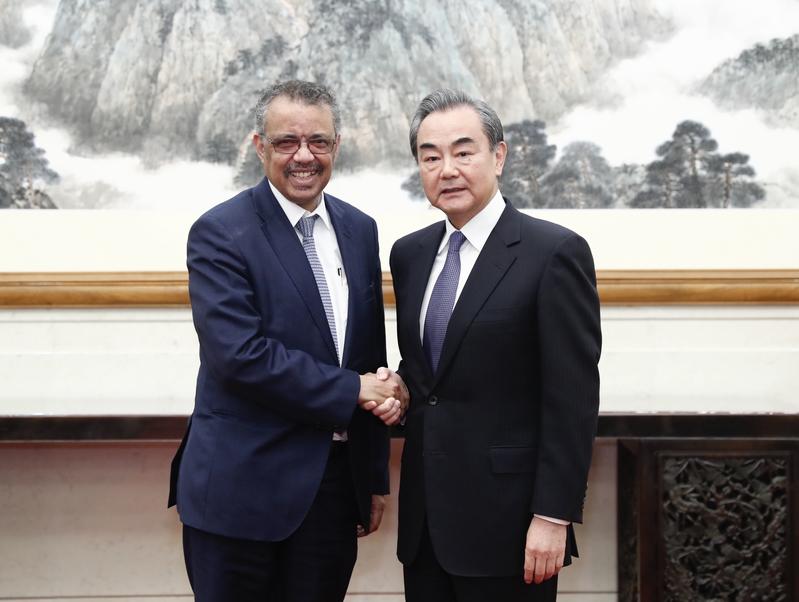 In a separate meeting with State Councilor and Foreign Minister Wang Yi, Ghebreyesus said China's powerful system and the effective measures it has taken to prevent and control novel coronavirus-related pneumonia are rarely seen in the world.

The effective measures China has taken to prevent and control novel coronavirus-related pneumonia are rarely seen in the world, said WHO Director-General Tedros Adhanom Ghebreyesus

The WHO and the international community highly appreciates, and fully affirms the decisive measures the Chinese government has taken to deal with the outbreak and also thank China for its tremendous efforts to curb the spread of the contagion, he said.

China set a record in identifying the pathogen in a short time following the outbreak of the contagious disease, Ghebreyesus said, and he praised the country's timely sharing of the virus' DNA information with the WHO and other countries.

Regarding some countries' intention to withdraw their nationals from China, particularly those in Wuhan, Central China's Hubei province, which is the epicenter of the outbreak, Ghebreyesus said the WHO does not support such a move. He said that in current circumstances, countries should stay calm and avoid overreacting.

The WHO has full confidence in China's capability of preventing and controlling the contagion, Ghebreyesus said.