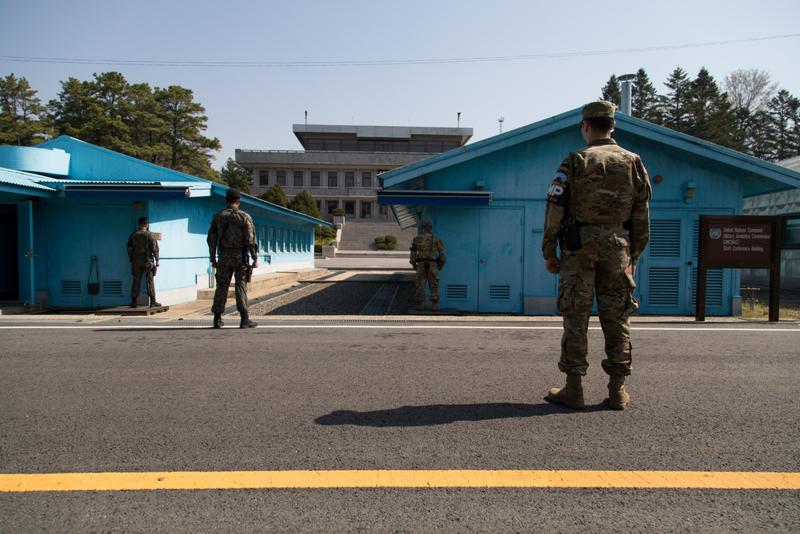 The US military has begun issuing furlough warnings to almost 9,000 civilian employees of the Republic of Korea (ROK), as Washington and Seoul remain at loggerheads over US President Donald Trump’s demand its ally pay more money for its hosting of American troops.

The notices inform workers at American military facilities in the ROK that they potentially face administrative furloughs as of April 1, according to a statement issued Wednesday by US Forces Korea.

Workers to be directly impacted by such notices have offered to work without pay out of concern over how the situation could harm ROK’s national defense, according to Son Gi-o, a representative of the US Forces Korea Korean Employees Union

The two sides remain deadlocked, although US officials have indicated they’ve backed off Trump’s initial demand that ROK counterpart Moon Jae-in’s government pay about US$5 billion a year for US forces stationed there. That’s more than five times the US$900 million in a stopgap one-year agreement that expired on Dec 31. The ROK has said there is quite “a big difference in principle” between the two sides.

READ MORE: US walks out of military cost-sharing talks with ROK

“Without the Republic of Korea’s continued commitment to share the cost of employing our Korean National workforce, USFK will soon exhaust programmed funds available to pay their salaries and wages,” the notice reads.

Trump’s push for the ROK to contribute much more money for what is known as the Special Measures Agreement has put the alliance under strain.

The union for ROK workers has said that operations at the bases would be completely paralyzed if there were massive furloughs.

Workers to be directly impacted by such notices have offered to work without pay out of concern over how the situation could harm ROK’s national defense, according to Son Gi-o, a representative of the US Forces Korea Korean Employees Union, who called for a deal to be reached soon.

“You can’t put a pause in defending your own country,” Son said in an interview, adding that US government officials “wouldn’t have made such a decision if it had a direct impact on a military base in their own land.”

John Rood, US undersecretary for defense for policy, told the House Armed Services Committee that he expected the alliance between the two countries to remain firm despite the differences in funding, and said ROK negotiators were “no pushovers.”

“We have to recommit ourselves to maintaining the ironclad nature of that alliance and try to manage that in a way where we can steer this to a successful conclusion,” Rood said.

Still, Committee Chairman Adam Smith, a Democrat, said he worried that the Trump administration’s approach “could potentially jeopardize our relationship with South Korea.”

People familiar with the discussions say American negotiators have shifted their position as they seek to offer a justification for a far bigger price tag.

After initially suggesting the ROK could make more purchases of US defense equipment, the Trump administration is now focused on other elements, such as asking the country to pay more for temporary troop rotations. Another demand is for the ROK to spend more on capabilities that would allow it to take full operational control of joint forces in wartime.

Moon is facing parliamentary elections in April and is wary of the political fallout if he agrees to a hefty increase, which has little support in his camp and among his country’s general public. The ROK decided this month to send a naval unit to the Strait of Hormuz, answering a US call for greater international security commitments in the region.