Nagelsmann and Leipzig hungry for titles 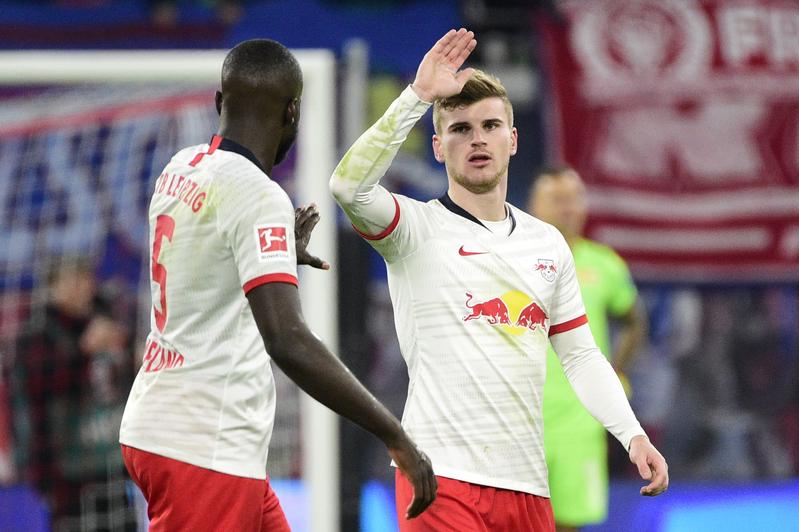 BERLIN - The arrival of Dani Olmo to RB Leipzig this Monday morning came near a significant event as more fans and media turned up at the club's training compound than during a usual week.

RB Leipzig coach Julian Nagelsmann is aware that his team is significantly younger than its rivals, and cannot count on the same amount of experience and mental toughness

The midfielder is said to be a future investment, but the 21-year-old Spanish international may be called upon more immediately.

Coming through the academy at FC Barcelona and joining from Croatian side Dinamo Zagreb for 20 million euros, Olmo was brought to the club to increase the East German side's quality in the long run. But the state of the current title race in the Bundesliga would seems to require a more immediate impact.

At least when it comes to Julian Nagelsmann. The Leipzig coach has some short-term goals in mind, and the Spaniard might be forced to help right away. Nagelsmann's sharp criticism of his team after a poor performance against Frankfurt proved he isn't willing to give up battling for the 2020 league title.

Ahead of crucial games against title rivals Borussia Moenchengladbach and Bayern Munich, the 32-year-old coach is talking openly about his team's weaknesses, admitting that rivals such as Bayern and Borussia Dortmund have more to give when it comes to experience and determination.

Nagelsmann's hard push might come as a surprise with Leipzig still leading the table, one point ahead of Bayern. But a coach seems to consider other things as necessary.

"It is up to us to decide what we want. Do we want to reach the summit, or do we say that the view from halfway is nice too?" he commented.

Nagelsmann is aware that his team is significantly younger than its rivals, and cannot count on the same amount of experience and mental toughness. The coach appears to be trying to turn his players' attention to the formula for success that Bayern has counted on for decades.

"We want it, we die for it," Thomas Muller emphasized after the Bavarians crushed Schalke 5-0. The Bayern striker revealed unbroken hunger to win this season's title despite having swept the Bundesliga for the last seven years.

The Leipzig coach's tough approach may appear a risky move, but is a measure intentionally taken to sharpen his players' senses.

The young coach is hoping his action will pay off as it did last time when he blamed his side for a lack of mental fortitude. Four months ago, Leipzig started a series of victories that took the team to the top of the league, which stemmed from Nagelsmann's inflammatory speech after a poor performance against Freiburg.

His second attempt at a wake-up-call comes with his team reaching a fork in the road, at least when it comes to this season. Nagelsmann wants his players to understand it may be necessary to beat the league's favorites to win the title, but also that it is vital to show hunger in every game and training session.

With his side soon facing the Bundesliga's favorites, it seems the perfect opportunity for his players to give him the right answers.