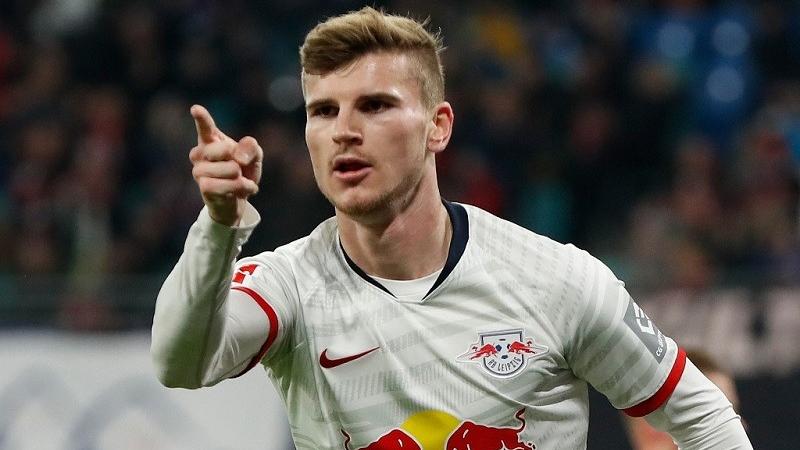 BERLIN - Some sweets seemed just the right reward for the man who could well be RB Leipzig's title guarantor.

Coach Julian Nagelsmann turned a blind eye watching his most successful scorer offending the team's nutrition rules after the 23-year-old had scored his season goals 19 and 20 when beating league newcomer Union Berlin by 3-1.

Nagelsmann is aware Timo Werner is on his way to make one of the biggest surprises in German football more likely, Rasenballsport's first national title.

"Timo is scoring goals out of situations; you don't always score a goal. That is a vital reason for us gaining more points", the 32-year-old coach commented.

Timo is scoring goals out of situations; you don't always score a goal. That is a vital reason for us gaining more points

Leipzig's perfect start is a statement in the direction of the East-Germans closest rival Bayern Munich, only four points behind the league leaders.

The Stuttgart-born forward is the league's best in many cases, which is attracting top international clubs like Real Madrid or Manchester United. According to several media reports, both are highly interested in signing the young German international.

Germany's fastest striker not only is the Bundesliga's current top scorer aside of Polish spearhead Robert Lewandowski but according to the sports magazine Kicker, the league's best performer over the last 18 games.

Werner is pretending not to pay attention to the signals from abroad. "My team and I entirely concentrate on the current season. We have great goals," he said.

Great goals mean winning the title, but Werner seems smart enough not to sound too pretentious. Instead, he is making fun with his friends about rumors regarding international offers.

"Of course, Real. I then live in a big house with a pool. The weather is always perfect," he usually answers in text messages when one of his buddies is asking.

On the other hand, he is praising the English Premier League as the most exciting league in the world. "Every week you have Bayern Munichs and Reals facing each other in England. How awesome aside of raining weather I like", he says with a twinkle in his eye.

Last summer, he signed a new contract in Leipzig, running until 2023, including an exit clause worth around 50 million euros.

Werner has become cautious when it comes to offers of the so-called big sons after his desired move to Bayern failed only a few months ago. Disappointments about the Bavarian's rejection after intense negotiations remain despite an ongoing debate in Munich it might have been a mistake not to buy Werner for 25 million.

"It's not in my mind to consider leaving Leipzig," he says.

Much more, he might be thinking about the historical record of German striker legend Gerd Mueller. The Bayern forward scored 40 goals in the 1971/72 season. A mark that has never again been reached in the national league.

"He is full of confidence, feels comfortable, and his contract is done. Looking at that, the new aim must be to score 40 goals this season. A thing that would make us extremely happy," teammate Marcel Sabitzer said.

Werner answers with a smile running over his face: "Everyone is honoured being compared to a legend like Gerd Mueller. But 40 goals are not my main target. I want to be successful with my team."

Talking about success can only mean to win the title despite him underlining to qualify for the Champions League and gain one of the first four places at the end of the season would be the ultimate thing to reach.