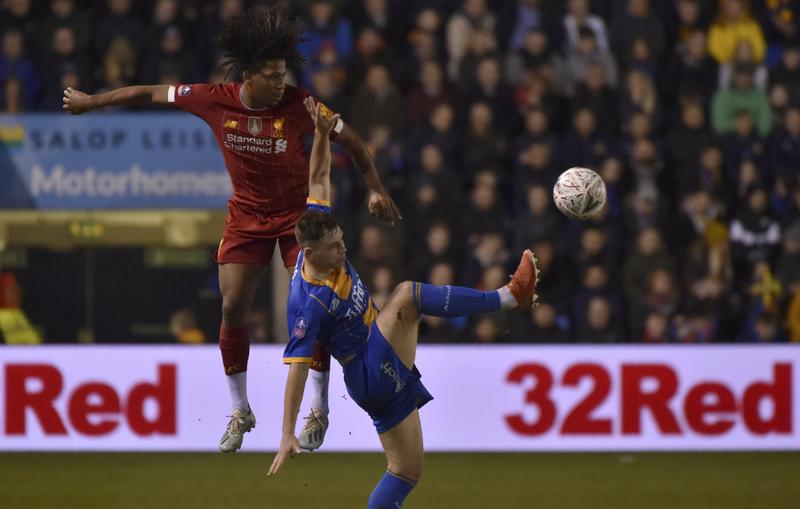 MADRID - Premier League leaders Liverpool will need a replay to book their place in the fifth round of the FA Cup after being held to a 2-2 draw away to League One side Shrewsbury on Sunday.

Curtis Jones and a Donald Love own goal put the Liverpool team packed with youngsters and fringe players 2-0 up.

However, two strikes from Jason Cummings (the first from the penalty spot) got Shrewsbury back into their game and their reward for their fightback is a big money replay at Anfield.

Manchester City cruised past Fulham 4-0 at home. The visitors had to play with 10 men for most of the game after Tim Ream was sent off in the 6th minute for committing the penalty that allowed Ilkay Gundogan to put City ahead.

Bernardo Silva doubled the lead in the 19th minute and goals from Gabriel Jesus in the 72nd and 75th minutes secured an easy win.

ALSO READ: FA Cup fourth round offers the chance for glory and disaster

Manchester United coach Ole Gunnar Solskjaer took his side to face Tranmere after a disastrous home defeat to Burnley and rumors that another loss would cost him his job. However, the Norwegian will have been a lot more relaxed after 16 minutes after Marry Maguire, Didier Dalot and Jesse Lingaard had put United 3-0 up. 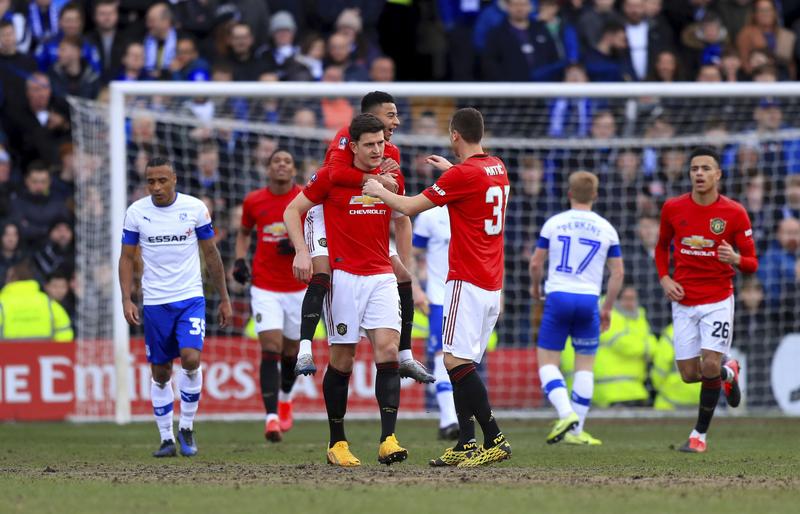 Southampton and Tottenham also need a replay after a 1-1 draw in Saint Mary's with Sofiane Boufal's late equalizer cancelling out Heung Son-Min's opener for Spurs.

Norwich got some relief from their Premier League worries with a 2-1 win away to Burnley with two goals from Grant Hanley and Josip Drmic in a four minute spell helping to put them through.

Kelechi Iheanacho filled in nicely for the injured Jamie Vardy with his fourth minute goal putting Leicester City through away to Brentford, whose Griffin Park Stadium has now hosted the last FA Cup tie in its long history.

Chelsea won 2-1 away to Hull City in a game which saw Frank Lampard's men dominate the first half, before being made to struggle after the break by the second tier side.

Michy Batshuayi's deflected sixth minute effort put Chelsea ahead and Fikayo Tomori (who spent a season on loan at Hull) doubled their lead in the 64th minute, before Kamil Grosiki's free kick with 12 minutes left meant Chelsea had to hold on in the closing minutes.

West Brom coach Slaven Bilic was probably chucking all the way back home after his Championship promotion chasers beat his former club West Ham 1-0 thanks to a Connor Townsend's ninth minute goal. 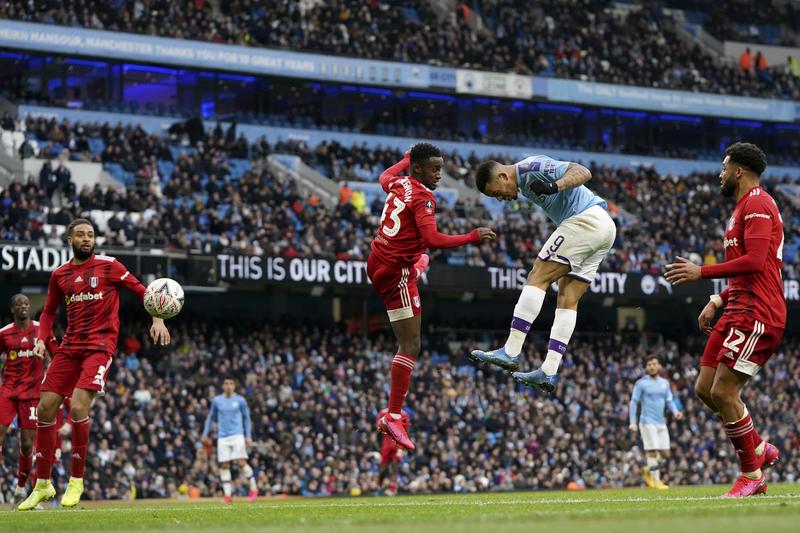 West Ham were unable to take advantage of Semi Ajayi's 72nd minute red card and coach David Moyes admitted after the game that if he'd been able to make more substitutions, he would have done.

Newcastle United hadn't reached the fifth round in 13 years ahead of their tie at home to League One's Oxford United and after a frustrating 90 minutes, they will need a replay in they want to reach the last 16.

Chris Wilder began his career as Sheffield United coach with the club in League One and away to Millwall and Saturday saw his side return to the Den flying high in the Premier League and assuring their cup progress thanks to goals from Muhamed Besic and Oliver Norwood.

Other ties saw Coventry draw 0-0 at home to Birmingham City, while Portsmouth from League One beat Championship side, Barnsley 4-2 and Reading and Cardiff City will need a replay after a 1-1 draw which was marred by racist and homophobic chanting by the visiting fans.