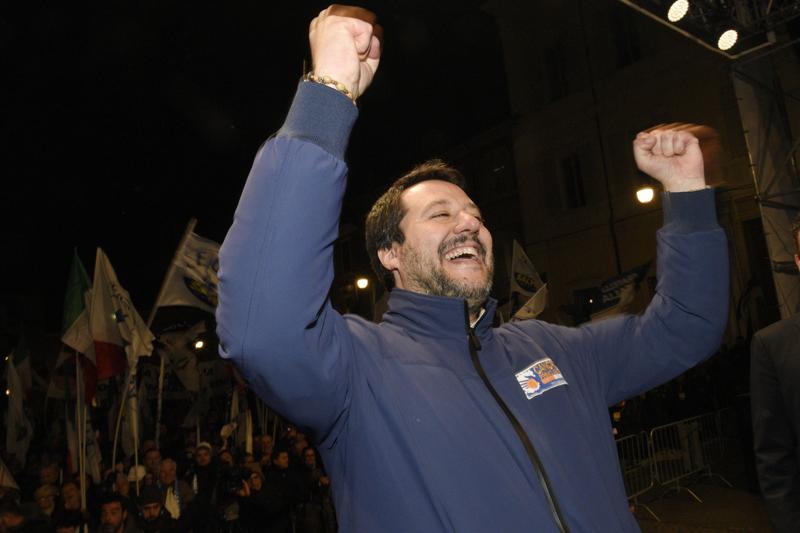 ROME - Voters in two Italian regions, Emilia Romagna in the north and Calabria in the south, went to the polls on Sunday in local elections that could help propel far-right, opposition leader Matteo Salvini to national power.

Matteo Salvini’s anti-immigrant, anti-European message has resonated in Emilia Romagna during the campaign, especially in the smaller towns and cities, as has his pledge to slash taxes

Both regions are currently controlled by the center-left and while polls have long predicted a win for the right in the underdeveloped Calabria, the result in the north is far less certain and politically much more significant.

One of Italy’s wealthiest regions, Emilia Romagna is home to the Ferrari sports car and Parmesan cheese and has been a left-wing stronghold since World War Two.

Salvini has spent weeks relentlessly campaigning in the area and hopes that an upset victory for his League party and its rightist partners would so destabilize the coalition government in Rome that it could even collapse.

“If you give us a hand, we’ll go on Monday and ask for early elections to give this country strong, coherent government,” Salvini’s ally Giorgia Meloni, head of the Brothers of Italy party, told a closing rally in Emilia Romagna on Friday.

Salvini’s anti-immigrant, anti-European message has resonated in the region during the campaign, especially in the smaller towns and cities, as has his pledge to slash taxes.

Underscoring his confrontational style of politics, Salvini caused a stir last week by ringing the interphone at the apartment of a family of Tunisian migrants and, in front of TV cameras, asked if they were drug dealers.

Salvini served as interior minister until last August, when, in a rare miscalculation, he walked out of government with the anti-establishment 5-Star Movement, expecting to trigger a national election that polls predicted he would easily win.

Instead, 5-Star hooked up with the centre-left Democratic Party (PD) and shunted him into opposition. Looking to exact revenge and confirm his ascendancy in Italy, Salvini has since concentrated all his efforts on winning a stream of local votes.

The PD has dismissed suggestions that Sunday’s vote is a de-facto referendum on its often fractious coalition. It remains hopeful that the high approval rating of its incumbent governor Stefano Bonaccini will eventually win the day.

“Salvini is trying to make the campaign about national issues because he has nothing to say about Emilia Romagna. He is using the vote for his own personal ends to bring the government down,” Bonaccini told Reuters.

Voting in both Calabria and Emilia Romagna ends at 11.00 pm (2200 GMT), when the first exit polls will be released. A definitive result from Emilia Romagna is expected by early Monday.