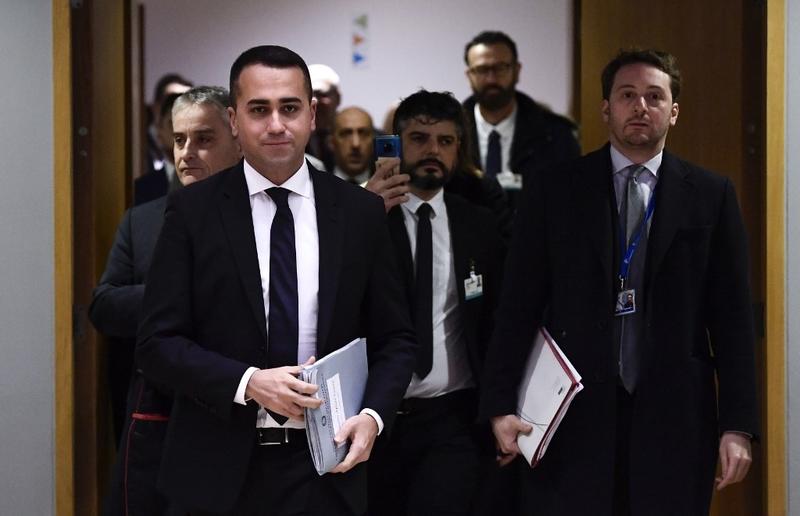 For Luigi Di Maio, the beginning of the end came at a luxury hotel by the ancient Forum in Rome.

The 33-year-old leader of the populist Five Star movement was taken to task by its founder, Beppe Grillo, a former comic more than twice his age. Grillo told him to stop picking fights with his government partners in the Democratic Party because his political future depends on making the coalition work, according to party officials who declined to be named.

Di Maio will meet party leaders Wednesday morning and could make an announcement at an event this afternoon, according to Italian newspapers

If only Di Maio had listened. Less than two months later, he is on the verge of quitting as party chief, according to various Italian media reports and a person familiar with his thinking. Di Maio will meet party leaders Wednesday morning and could make an announcement at an event this afternoon, according to Italian newspapers.

Italian bonds tumbled with the yield on 10-year debt rising 7 basis points to 144.

Di Maio still wants to stay on as foreign minister, the person said. But his party’s convulsions ahead of another dismal showing in regional elections this weekend may sound the death knell for a fragile coalition stitched together with the sole purpose of keeping Matteo Salvini’s nationalist League out of power.

Five Star and the Democrats both want to avoid an electoral clash with the resurgent League. But voices in both parties also argue that if a vote is unavoidable, they’d be better off pulling the plug on the coalition before it drags them down.

Di Maio’s position has been undermined by mass desertions of Five Star lawmakers and voters alike. Support for the party has slumped to 16% in recent polls, compared with the 33% it posted when it won the 2018 election. The Democrats are at 19% while the League has 31%

Five Star’s deputies too are heading for the exit.

Since the party signed up for Prime Minister Giuseppe Conte’s second coalition in September, more than 20 lawmakers have abandoned Five Star or been kicked out. Three senators switched to the League in December, and the education minister quit before ditching the party. Another senator was expelled in January after he failed to follow the party line on the budget. Two more lawmakers quit Tuesday.

Of those who remain in Five Star’s parliamentary caucus, many are openly discussing changes in the leadership. The Democrats, meanwhile, are asking how much longer they can afford to be linked to such a dysfunctional partner.

The rifts are on display in the 17th century Roman palace that houses the lower house of parliament where the tribes of the Five Star Movement regularly gather in a patio flanking the debating chamber to chat, to smoke, and to plot.

Dotted around the central fountain you can see the separate huddles -- some pro-coalition, others anti-Di Maio, and some who want a return to the party’s first alliance with the right-wing populists of the League.

With the pressure of their plummeting poll numbers accentuating their grievances, it’s increasingly difficult to see how Di Maio can hold them together. Some reproach him for sailing too close to Salvini, others for kowtowing to the Democrats. Some see him as too weak to set a clear policy course, others accuse him of grabbing too much power.

One Democratic lawmaker who watches the Five Star cliques across the courtyard complains the anarchy inside his party’s coalition partner makes it hard to pin them down even on basics of legislating.

Five Star is in such desperate straits that even the Democrats have gotten involved in trying to establish a degree of stability, the deputy added. The Democratic leadership has been issuing regular warnings that the coalition can only continue if it gets things done.

Indeed, Democratic Party officials suspect that some within Five Star, including Di Maio, have been echoing Salvini’s anti-European, anti-immigration rhetoric with an eye to ditching the Democrats after another ballot and reviving their previous coalition.

That’s a scenario dismissed by Five Star officials, who say the party is committed to the coalition. But they are struggling to convince anyone they can make good on that commitment.