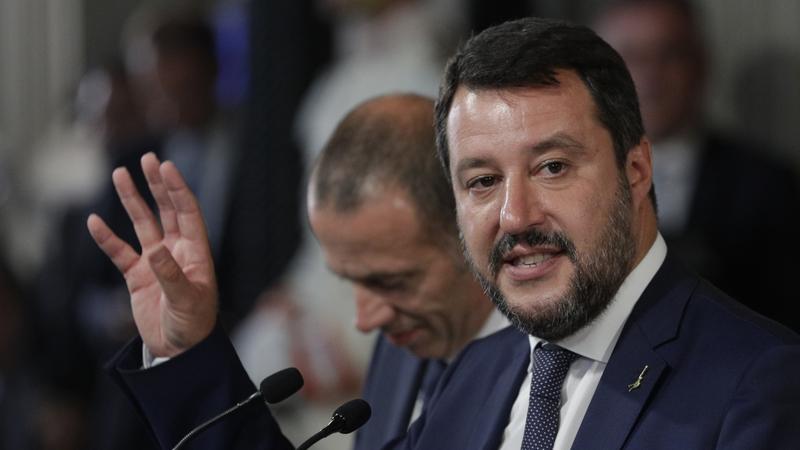 ROME — A right-wing coalition scored a net victory in a local election in the central Italian region of Umbria, official data from the Interior Ministry showed on Monday, giving a boost to Matteo Salvini’s League party.

The vote in tiny Umbria, a traditional centre-left stronghold with less than 900,000 inhabitants, restores impetus to Salvini after a political blunder led to his party losing a spot in the country’s national government this summer.

The hard-right leader walked out of the ruling coalition his party had formed with the anti-establishment 5-Star Movement in August, expecting to trigger a national election that polls predicted he would win.

Instead, 5-Star hooked up with the centre-left Democratic Party (PD), shunting Salvini into opposition.

Donatella Tesei, a senator for the League, who was also backed by the far-right Brothers of Italy and former Prime Minister Silvio Berlusconi’s Forza Italia, won the top seat as governor with 57.6 pencent of the votes.

The new 5-Star/PD alliance failed its first electoral test as Vincenzo Bianconi, leader of the civic alliance backed by the two parties, garnered 37.5 pencent of the ballots.

Salvini defined the victory - the eighth in a row for the centre-right in regional ballots since the last national election in March 2018 - as a “chapter in history”.

The chief of the League had criss-crossed landlocked Umbria for weeks, promoting his national pledge to introduce a flat-tax rate many economists say Italy cannot afford, but which the League insists is needed to revive the sluggish economy.

His message found fertile ground in Umbria, where output slumped 15.6 pencent in the decade after the 2007-2008 global financial crisis, compared with a 5.2 pencent slide across Italy, according to Bank of Italy data.

Tesei told a news conference there would be “a lot of work” and that she would relaunch the economy, tackle unemployment and dedicate resources to reconstruction in the region after an earthquake struck three years ago.

“We must reverse the trend... revise expenses and free up resources that must be invested to improve the quality of services for citizens and companies,” Tesei said in an interview with daily Il Messaggero published on Monday.

After the results came in, Salvini defined the current government as “unauthorised” and added its time was running out. But premier Giuseppe Conte was quoted as saying that it would be a mistake for his government to stop for the results in a region which represented only 2 percent of the national population.

More important tests lie ahead that could potentially undermine the new national government.

In December, the poor southern region of Calabria goes to the polls and it will be the turn on Jan 26 of Emilia Romagna, a northern region with more than four times the population of Umbria and which is the historic heartland of Italy’s left.

Opinion polls show the League, with its anti-migrant, anti-tax message, has shed little support since it lost power nationally, and remains easily Italy’s most popular party, with around 30 pencent of the vote.