Italy's Salvini lashes out at Macron as 'terrible president' 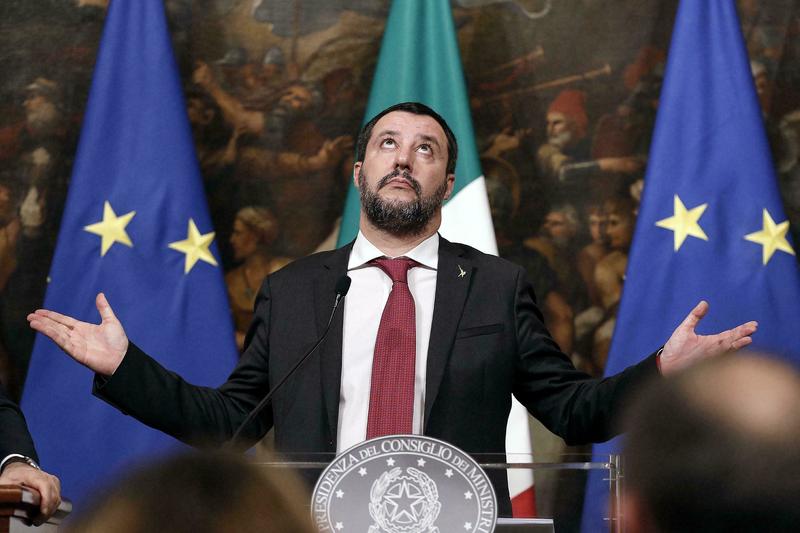 In this Jan 17, 2019 photo, Italian Deputy Premier and Interior Minister, Matteo Salvini, opens his arms and looks up as he attends a press conference at Chigi Palace in Rome. (RICCARDO ANTIMIANI / ANSA / AP)

MILAN — Italy's interior minister on Tuesday called the French leader Emmanuel Macron "a terrible president," in comments that were sure to further add to tensions with Italy's trans-Alpine neighbour over immigration.

In the recent spat, the populist Italian government accuses France of obliging 14 African countries using the CFA franc currency, to buy French government bonds with half of their reserves to finance public spending in France

Matteo Salvini, leader of the right-wing League that governs in coalition with the 5-Star Movement, said his issue was not with the French people but with "with Macron, who talks a lot and achieves little, who give lessons of generosity, and then rejects thousands of migrants at the Italian border."

"If Macron is so good, he can prove it with facts by letting in thousands of refugees who are in Italy and whom he promised hospitality, with other European countries," Salvini continued in a Facebook live transmission.

He said he hoped French voters would send Macron a message during the European elections in late May by showing their support for far-right leader Marine Le Pen, with whom Salvini is allied in European politics.

Italian Premier Giuseppe Conte has tried to tamp tensions down, saying that while questioning the efficiency of global politics was legitimate "this does not mean to put into discussion our historic friendship with France, nor with the French people."

"This relationship remains strong and steady despite the political discussion," Conte said.

The summons by the French Foreign Ministry on Monday was in reaction to Di Maio's accusations that France is leading colonial-style policies in Africa that are "impoverishing" Africans and driving them to Europe's shores. Salvini repeated them on Tuesday morning television. The populist government last fall accused France of dumping under-age migrants over the border without authorization. 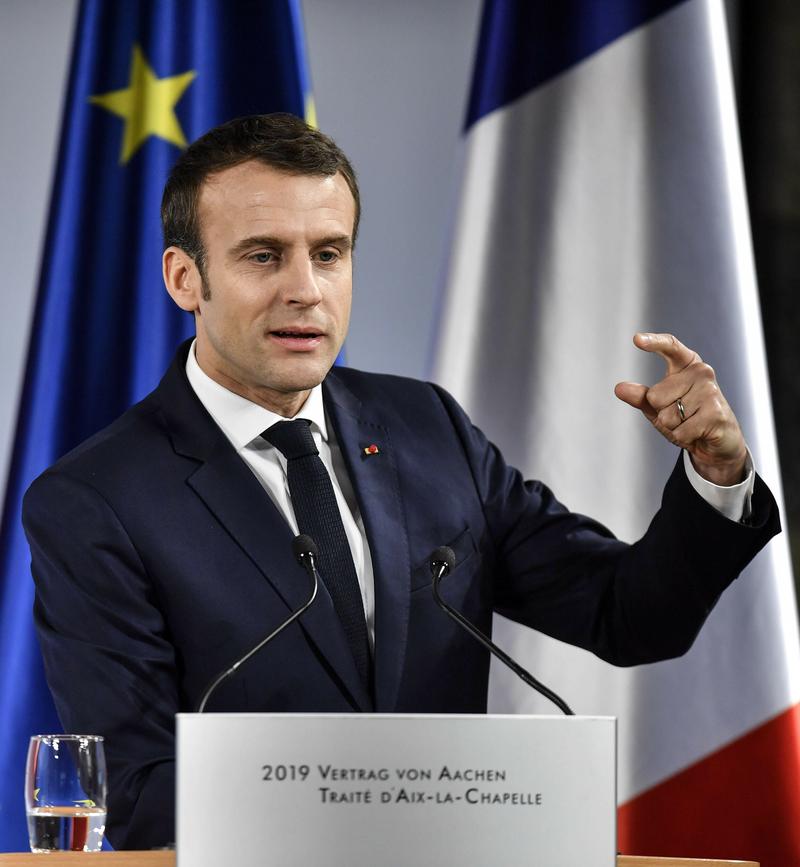 French President Emmanuel Macron delivers a speech prior to the the signing of a new Germany-France friendship treaty at the historic Town Hall in Aachen, Germany, Jan 22, 2019. (MARTIN MEISSNER / AP)

In the recent spat, the populist Italian government accuses France of obliging 14 African countries using the CFA franc currency, established in 1945, to buy French government bonds with half of their reserves to finance public spending in France.

A French diplomatic official said Ambassador Teresa Castaldo was questioned Monday about the "unfriendly and baseless" comments. The official said they run counter to "Franco-Italian partnership" and the sense of "European community." The diplomat was not authorized to be publicly named.