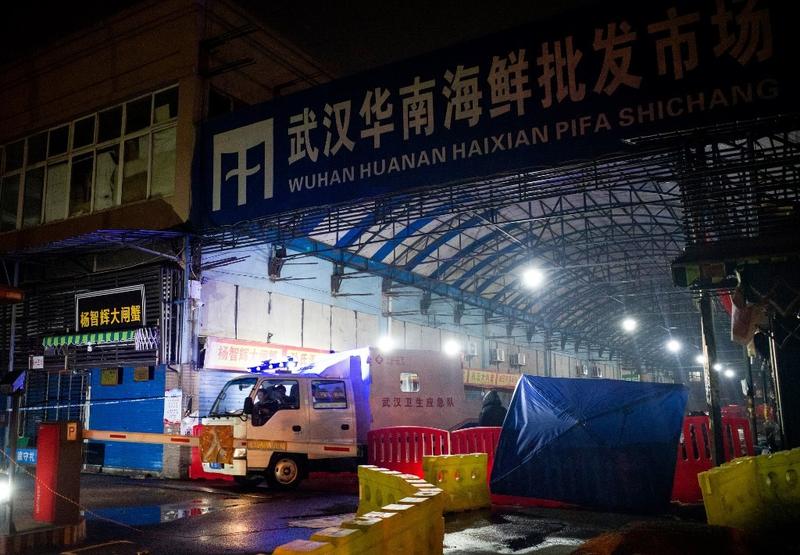 In this file photograph taken on Jan 11, 2020, members of staff of the Wuhan Hygiene Emergency Response Team drive their vehicle as they leave the closed Huanan Seafood Wholesale Market in the city of Wuhan, in Hubei, province, where the Wuhan health commission said that the man who died from a respiratory illness had purchased goods. (NOEL CELIS / AFP)

BEIJING - Chinese health authorities said on Saturday they had discovered four more cases of pneumonia following an outbreak of what is believed to be a new coronavirus strain in the central city of Wuhan.

The four individuals were diagnosed with pneumonia on Thursday and are in stable condition, the Wuhan Municipal Health Commission said in a statement published shortly after midnight.

Saturday's statement marked the first confirmation of new cases by the authority in nearly a week and came a day after the commission confirmed the death of a second patient.

Health authorities have so far said the new virus discovered in Wuhan does not appear to be as lethal but admit they still know little about it, including its origins or how easily it can be transmitted from person to person

Nearly 50 people are known to have been infected and so far involve only individuals who have travelled to or live in Wuhan, but the World Health Organization (WHO) has warned that a wider outbreak is possible. Many of China's 1.4 billion people will be travelling abroad during the Lunar New Year holidays next week, raising concerns about the disease spreading to other parts of the world.

Thailand has reported two cases of the coronavirus from Chinese travellers from Wuhan this week, while Japan has confirmed one case involving a man who travelled to Wuhan. Memories remain fresh in Asia of a 2002/03 outbreak of Severe Acute Respiratory Syndrome (SARS), which emerged in China and killed nearly 800 people worldwide.

Coronaviruses are a large family of viruses that can cause infections ranging from the common cold to SARS. Some of the virus types cause less serious disease, while some - such as the one behind Middle East Respiratory Syndrome (MERS) - are far more severe.

Health authorities have so far said the new virus discovered in Wuhan does not appear to be as lethal but admit they still know little about it, including its origins or how easily it can be transmitted from person to person.

A seafood market in Wuhan is believed to be the epicentre, but authorities say some of the 45 patients they have identified with the virus in the city deny having any exposure to this market.

The US said it would start screening at three US airports in San Francisco, New York and Los Angeles to detect travellers arriving via direct or connecting flights from Wuhan who may have symptoms of the new virus.

In Asia, Thailand has stepped up monitoring at four airports receiving daily flights from Wuhan. Airports in Malaysia, Singapore and South Korea are also screening passengers from Wuhan, authorities said.

Indonesian authorities said they have stepped up screening at all points of entry in response to the outbeak. The Philippines is scanning all passengers at seaports and airports and those with fever will be interviewed for history of illness and whether they have traveled to Wuhan, the country's Health Secretary Franciso Duque told Reuters.

Japan screens all incoming travellers for high temperatures and the health ministry last week started displaying notices at airports around the country asking passengers to come forward if they have travelled to Wuhan and have become sick.

The WHO has said it advises against any travel or trade restrictions on China, however.

Australia, which saw about 1.4 million short-term arrivals from China last year, is not planning any screenings for now.