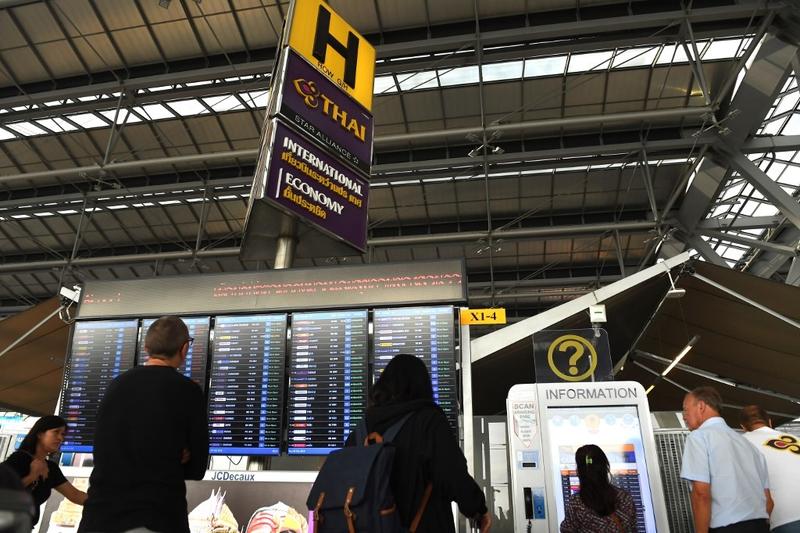 BANGKOK - A second Chinese tourist who visited Thailand has been found infected with the new coronavirus in Wuhan, said a senior government official on Friday.

The latest patient is from China's central city of Wuhan, which has reported 41 cases of pneumonia potentially linked to the new type of virus, with two deaths, while hospitals worldwide scramble to guard against any spread.

The 74-year-old female tourist, quarantined since arriving in Thailand on Monday, was reported to have had a fast heart beat and a high fever at Suvarnabhumi airport, Public Health Ministry Permanent Secretary Sukhum Kanchanaphimai said at a press conference. She was sent to Bamrasnaradura Institute hospital, where she was found to have been infected in a lab test, Sukhum added.

On a separate note, the Public Health Ministry's permanent secretary said the first Chinese tourist who was earlier found infected with the new virus, has already recovered and will return home in the next few days

"We're very confident that we can control the spread of this kind of diseases," Health Minister Anutin Charnvirakul told reporters, adding that the situation was under control and there was no outbreak in Thailand. "We're fully alert."

The two Chinese patients were now safe but needed to go through a few more procedures before Thai authorities could let them return home, he added.

Thailand, which is on high alert ahead of the Lunar New Year holidays, said on Monday it had found a 61-year-old Chinese woman carrying a strain of the coronavirus, the first time it was detected outside China.

Coronaviruses are a large family of viruses that can cause infections ranging from the common cold to severe acute respiratory syndrome (SARS).

From Jan 3 until Jan 16, more than 13,000 tourists from Wuhan have arrived in Thailand via four major airports, namely Don Mueang, Phuket, Chiang Mai and Suvarnabhumi.

Among those tourists, a dozen were found to have had a flu without coronavirus, Sukhum confirmed.

The number of airline passengers from Wuhan to Thailand is expected to rise from about 1,200 to about 1,800 daily during Chinese New Year festival later this month.

Japan reported its first case of the infection on Thursday, after a man in his 30s from Kanagawa prefecture, next to Tokyo, tested positive after returning from Wuhan.

The World Health Organization (WHO) has said the virus could spread and warned hospitals against it..

Airport authorities have stepped up measures to check out for the new virus with which travelers from Wuhan might be infected, he said.

Health officials also asked Thai AirAsia and China Southern Airlines, which run direct daily flights from Wuhan, to halt boarding by those suffering from high fever and respiratory symptoms, and reschedule their flights.