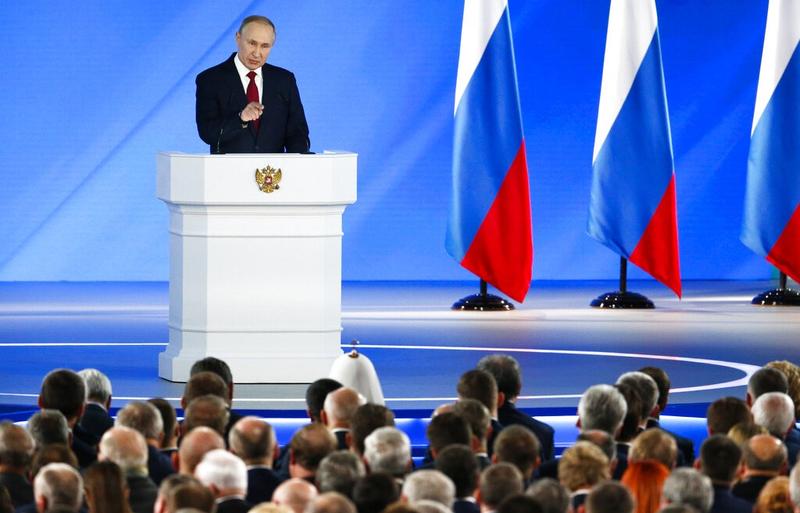 MOSCOW — President Vladimir Putin on Wednesday proposed a nationwide vote on sweeping constitutional changes that would shift power from the presidency to parliament and the prime minister, a move that could allow him to extend his rule after leaving the Kremlin.

Shortly after Putin’s proposal during the state-of-the-nation address, Prime Minister Dmitry Medvedev said his government was resigning to give Putin room to carry out the changes he wants to make to the constitution.

The unexpected announcement means Russia will also get a new prime minister.

Possible candidates include Sergei Sobyanin, the mayor of Moscow, Maxim Oreshkin, the economy minister, or Alexander Novak, the energy minister.

Medvedev made the announcement on state TV sitting next to Putin who thanked Medvedev, a close ally, for his work.

Putin said that Medvedev would take on a new job as deputy head of Russia’s Security Council, which Putin chairs.

Putin asked for the outgoing government to remain at work until a new government was appointed.

In his annual state-of-the-nation speech, Putin said he favored changing the constitution to hand the State Duma, the lower house of parliament, the power to choose Russia’s prime minister and other key positions

In power as either president or prime minister since 1999, Putin, 67, is due to step down in 2024 when his fourth presidential term ends.

He has not yet said what he plans to do when his term expires, but under the current constitution, which bans anyone from serving more than two successive presidential terms, Putin is barred from immediately running again.

Putin told the country’s political elite in his annual state-of-the-nation speech on Wednesday that he favored changing the constitution to hand the State Duma, the lower house of parliament, the power to choose Russia’s prime minister and other key positions.

“Of course these are very serious changes to the political system,” Putin said, adding that he thought parliament and civil society was ready for the changes.

“It would increase the role and significance of the country’s parliament ... of parliamentary parties, and the independence and responsibility of the prime minister.”

Putin’s comments are likely to reignite speculation about his plans once his current presidential term ends in 2024.

Critics have long accused him of plotting to stay on in some capacity to wield power over the world’s largest nation after he steps down. He remains popular with many Russians who see him as a welcome source of stability even as others complain he’s been in power for too long.

Critics have suggested he is considering various options to remain at the helm, including by shifting power to parliament and then assuming an enhanced role as prime minister after he steps down in 2024.

Another option often mentioned is his heading a State Council, a body that Putin said on Wednesday he thought should be given more powers under the constitution. 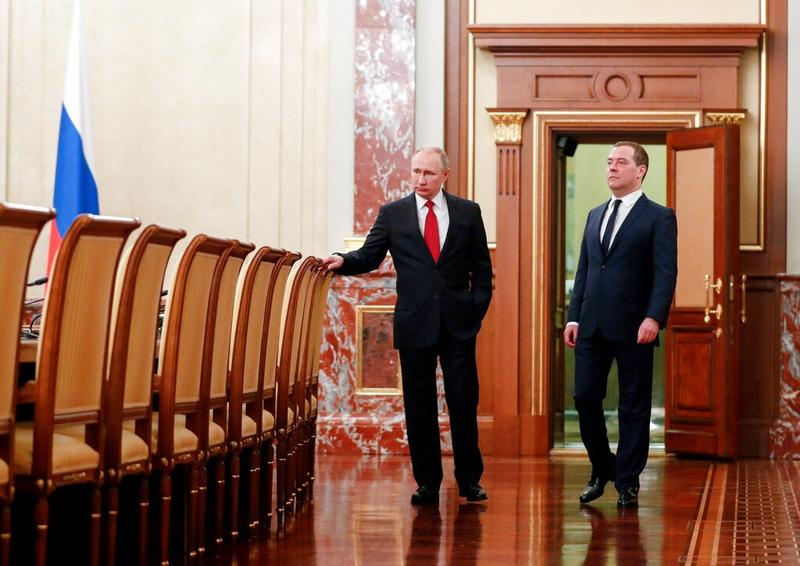 Although it remains unclear whether Putin will play a major role in Russian political life after 2024, his new proposals point to possible options if he decides to remain at the top table of Russian politics as many supporters and critics expect.

“The president would be obliged to appoint them (the parliament’s confirmed picks) to these jobs,” said Putin. “He would not be allowed to reject candidates confirmed by parliament.”

The comments may worry rights advocates in Russia where hundreds appeal every year to courts abroad such as the European Court of Human Rights, seeking justice they say they have been denied at home.

Russia currently puts international law above its own legislation.

Putin said Russia should not have to implement rulings that are out of step with Russia's own constitution or entail infringing the rights of people inside Russia.

"I really do think that the time has come to introduce certain changes to the country's main law that will directly guarantee the Russian constitution is the priority in our legal space," Putin said.

"This means that the demands of international legislation and treaties, and also the decisions of international bodies can only apply to Russia's territory when they do not entail restricting human and citizens' rights and freedoms, and do not contradict our constitution," he said.