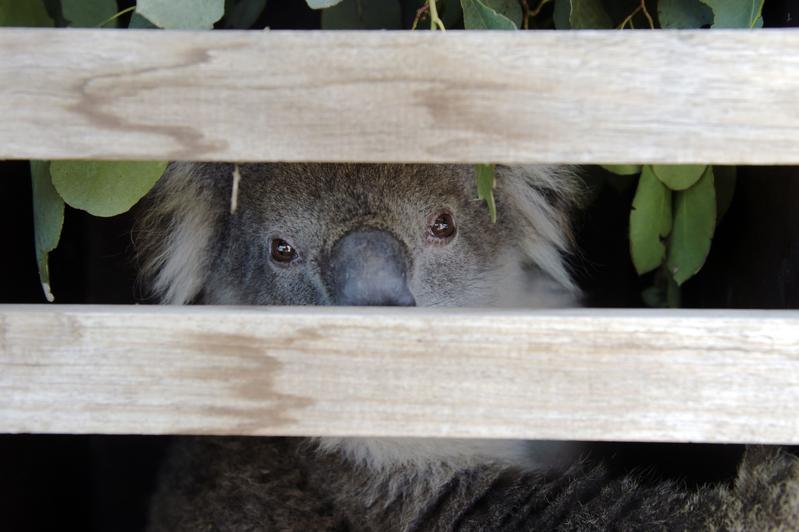 A koala recused from an area affected by wildfires sits in a wooden crate outside a RSPCA triage van in Bairnsdale, Australia on Jan. 9. (CARLA GOTTGENS / BLOOMBERG)

MELBOURNE — The Australian government committed A$50 million to an emergency wildlife recovery program on Monday, calling the bushfires crisis engulfing the country "an ecological disaster" that threatens several species, including koalas and rock wallabies.

Huge wildfires have razed more than 27.7 million acres, nearly half the area of the United Kingdom, destroying or severely damaging the habitats of several native animals.

Some estimates suggest as many as a billion animals, including livestock and domestic pets, have either died in the blazes or are at risk in their aftermath due to a lack of food and shelter

Some estimates suggest as many as a billion animals, including livestock and domestic pets, have either died in the blazes or are at risk in their aftermath due to a lack of food and shelter.

"This has been an ecological disaster, a disaster that is still unfolding," Treasurer Frydenberg told reporters on Monday as he visited the Port Macquarie Koala Hospital, where 45 koalas were being treated for burns.

"We know that our native flora and fauna have been very badly damaged." Images of burned kangaroos, koalas and possums, along with footage of people risking their lives to save native animals have gone viral around the world.

Knitters around the world have responded to a call to create thousands of protective pouches and blankets for injured wildlife.

The Australian division of the Worldwide Fund for Nature (WWF) has advised the government of 13 animals whose habitats have been either destroyed or severely damaged.

They include three critically endangered species: the southern corroboree frog, the regent honeyeater bird and the western ground parrot. 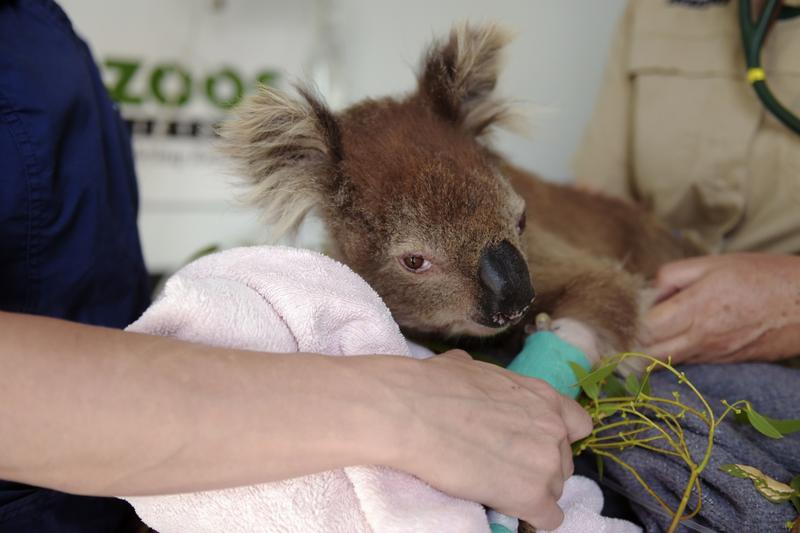 A veterinary nurse tends to a koala recused from an area affected by wildfires on Jan. 9. (CARLA GOTTGENS / BLOOMBERG)

"The provision of supplementary food is one of the key strategies we are deploying to promote the survival and recovery of endangered species like the brush-tailed rock wallaby," NSW environment minister Matt Kean said.

"The wallabies typically survive the fire itself, but are then left stranded with limited natural food as the fire takes out the vegetation around their rocky habitat." 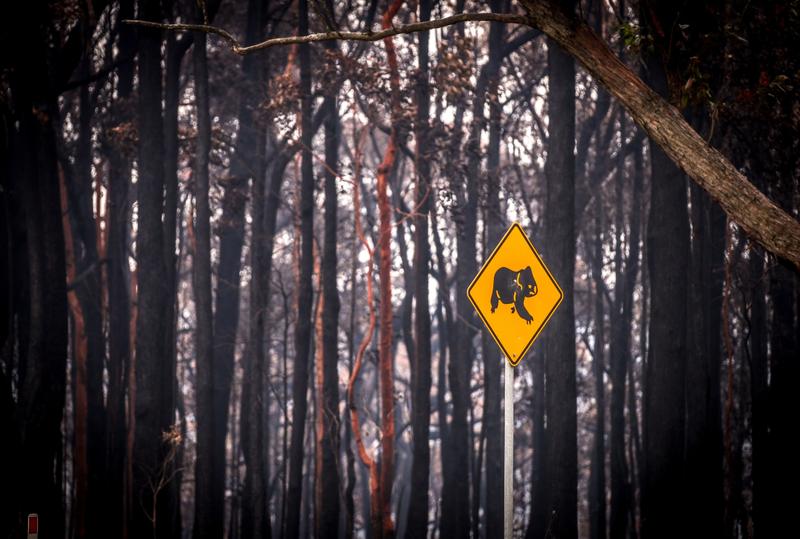 A sign for koala stands in front of burned bushland near the town of Bilpin, New South Wales, Australia, on Sunday, Dec. 29. (DAVID GRAY / BLOOMBERG)

Frydenberg said the "iconic" koala would be a focus of national government funding, adding that the full extent of the damage would not be known until the fires are out - something experts say could be months away.

Threatened Species Commissioner Sally Box said an estimated 30% of koala habitat - eucalpyt woodlands, which they use for both food and shelter - in NSW state may have been lost. The koalas' heavy fur and tendency to climb higher when threatened are severe disadvantages in fast-moving bushfires.

Federal Environment Minister Sussan Ley said reviews would be brought forward on whether certain koala populations should be listed as "endangered" rather than "vulnerable".

"Everything that can be done to rescue and recover koala habitat, will be done, including innovative approaches that look at whether you can actually put a koala in an area that it hasn't come from," Ley said.