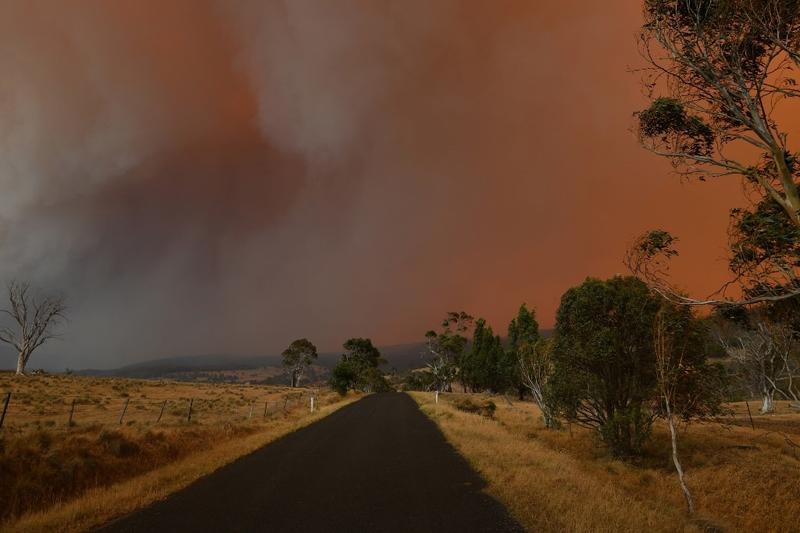 Australia is in the grip of deadly wildfires burning across the country, triggering an emotive debate about the impact of climate change in the world’s driest-inhabited continent. The unprecedented scale of the crisis, and images of terrified tourists sheltering on beaches from the infernos, has shocked many Australians.

With summer only just beginning and the nation affected by a prolonged drought, authorities fear the death toll will continue to mount as more homes and land are destroyed. Here are some key details of the crisis:

How many people have died?

Since the fire season began months ago during the southern hemisphere winter, 23 people have died and with 6 people missing in Victoria state, authorities fear the death toll will rise. Among the fatalities are volunteer firefighters, including a young man who died when his 10-ton truck was flipped over in what officials have described as a “fire tornado.” Australia’s worst wildfires came in 2009 when the Black Saturday blazes left 180 people dead.

READ MORE: Australian govt calls up reservists as bushfires burn out of control 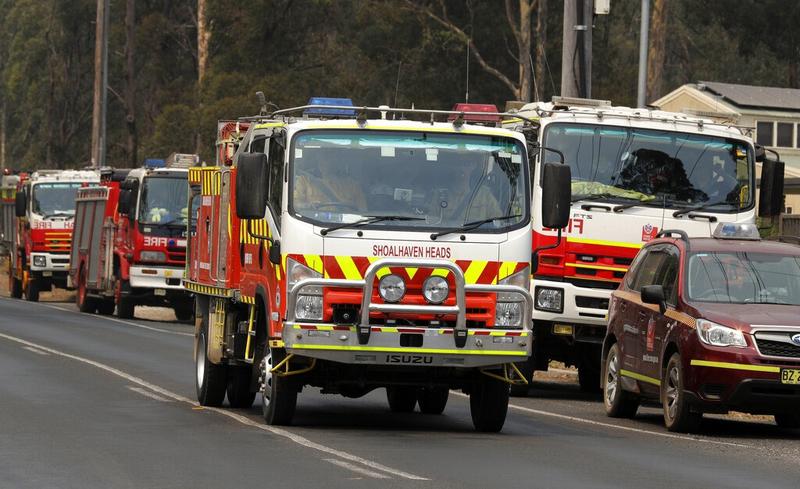 How big an area has burned?

Massive tracts of land have burned. More than 5 million hectares have been destroyed — that’s more than twice the size of Wales, and larger than Denmark. In New South Wales state alone, 3.6 million hectares of forest and bush has been destroyed, while more than 730,000 hectares has been burned in Victoria. The fires are so large they are generating their own weather systems and causing dry lightning strikes that in turn ignite more. One blaze northwest of Sydney, the Gospers Mountain fire, has destroyed more than 490,000 hectares — about seven times the size of Singapore. 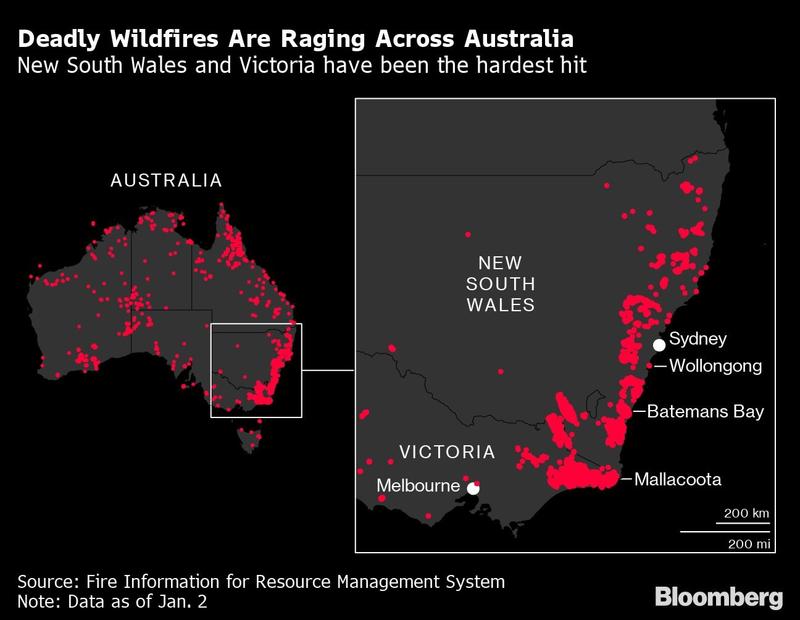 How many homes have been destroyed?

Some 1,365 homes have been destroyed in New South Wales alone this fire season and the tally is rising daily as the fires continue to burn and authorities assess damage. Scores of rural towns have been impacted, including the community of Balmoral about 150 kilometers southwest of Sydney, which was largely destroyed before Christmas.

That’s still to be assessed. The Insurance Council of Australia says 5,259 claims worth A$321 million (US$224 million) have been lodged. Consultancy SGS Economics and Planning has estimated that Sydney’s economy loses as much as A$50 million each day it is blanketed with a toxic haze from smoke billowing in from the fires. An inquiry into the Black Saturday fires estimated the cost at A$4.4 billion. More broadly, the economy faces pressure from increasingly severe heat and storms from climate change, threatening industries ranging from agriculture to property to tourism. Australia’s Climate Council estimates cumulative damage from reduced agricultural and labor productivity might reach A$19 billion by 2030, A$211 billion by 2050 and a massive A$4 trillion by 2100. 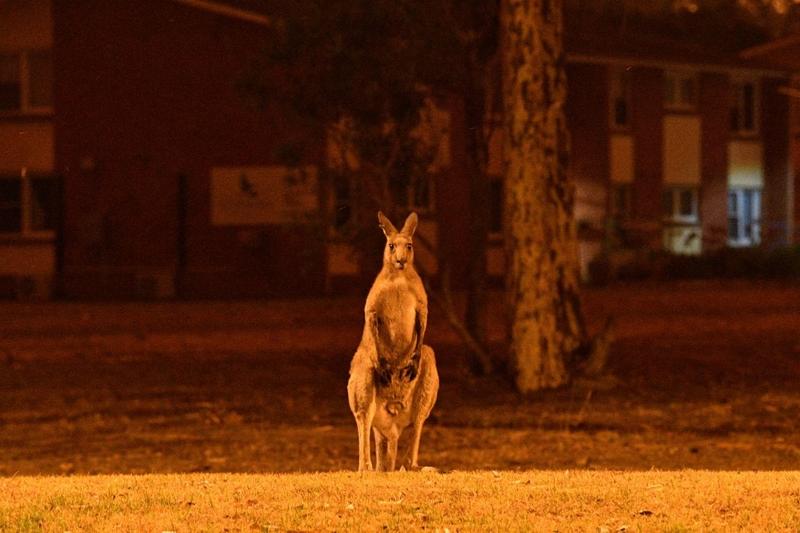 This photo taken on Dec 31, 2019 shows a kangaroo trying to move away from nearby bushfires at a residential property, near the town of Nowra in the Australian state of New South Wales. (SAEED KHAN / AFP)

How has wildlife been affected?

The University of Sydney estimates that 480 million animals have been killed by the bushfires in New South Wales alone since September. The “highly conservative figure” includes mammals, birds and reptiles killed either directly by the fires, or later due to loss of food and habitat. The fires have raised concerns in particular about koalas, with authorities saying as much as 30 percent of their habitat in some areas had been destroyed. Images of the marsupials drinking water from bottles after being rescued have gone viral on social media.