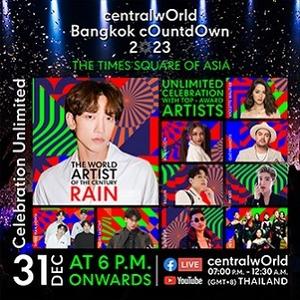 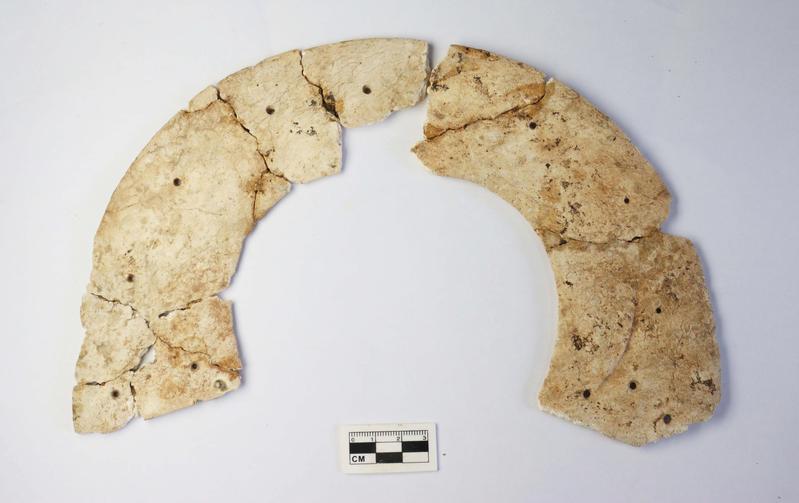 An arc-shaped jade ornament known as huang was unearthed at the Lingjiatan site in Hanshan county, Anhui province. (PHOTO PROVIDED TO CHINA DAILY)

While jade holds vital clues to civilizations in China dating back thousands of years, it also plays an important role in present-day life.

Last year, a ceremonial jade artifact known as a bi was the inspiration for the medals presented at the Beijing 2022 Winter Olympics that bore concentric circle designs. The artifact was unearthed at the Lingjiatan site alongside the Yangtze River in Hanshan county, Anhui province.

The site, which is 5,300 to 5,800 years old and was first excavated in 1987, continues to provide researchers with surprises.

Last month, new discoveries at the site were announced by the Anhui Provincial Institute of Cultural Relics and Archaeology. Covering an estimated 1.6 square kilometers, the site is home to the ruins of human settlements, and is the largest of its kind in the lower reaches of the Yangtze.

The discoveries included an arc-shaped jade ornament known as a huang. It is 23.6 centimeters in diameter and the largest such item found at a Chinese archaeological site from the Neolithic period, which in China dates back 4,000 to 10,000 years. Another slim jade artifact with a chubby dragon's head at one end, also attracted archaeologists' attention due to its design, which had not been seen before.

Since 2020, the foundations and charred earthen ruins of a huge structure for public use, estimated to cover more than 5,500 square meters, have been gradually unearthed at the site. Other key findings include pottery shards and a stone yue — an axe-shaped ceremonial artifact indicating power, and the largest of its type from China's Neolithic period. 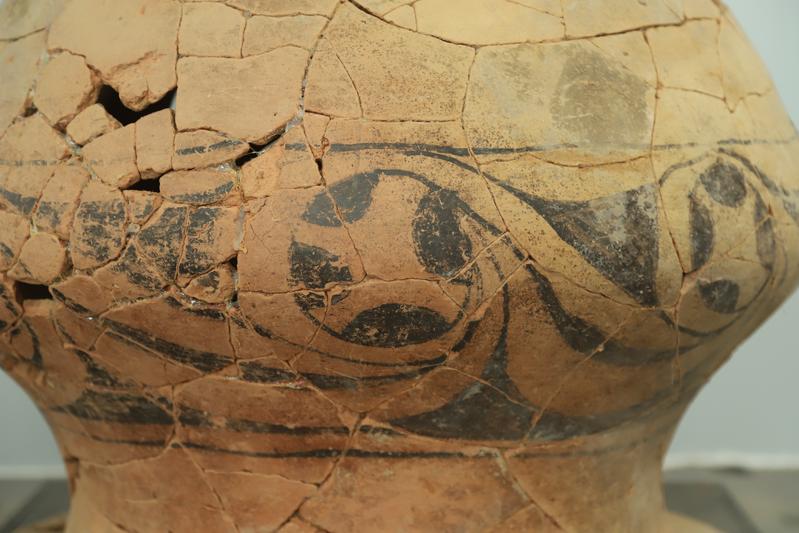 Zhang Jingguo, a researcher at the Anhui institute and one of the first to excavate the site, said: "The variety and fragility of the jade unearthed at Lingjiatan has rarely been seen at other sites. It demonstrates the outstanding craftsmanship and rich spiritual world of those who lived there.

"These new findings further consolidate the site's landmark status in studying early civilizations. The site is key to unfolding the start to 5,000 years of Chinese civilization."

"The emergence of a stratified society and ceremonial system marked an advance in social development. People nurtured emerging religions, and some social elites took on the role of communicating between the gods and humans. What we've seen at Lingjiatan depicts the dawn of a civilization," Zhang said.

Around the same time, a powerful jade-worshipping "regional state "rose in the Yangtze River Delta centered on the Liangzhu site in what is now Hangzhou, Zhejiang province, and which lasted for about 1,000 years. In 2019, the Archaeological Ruins of Liangzhu City were inscribed as a UNESCO World Heritage Site.

Although there is still a lack of direct archaeological proof to link Lingjiatan and Liangzhu, Zhang believes there could have been close communications between people from the two cultures.

"They could have migrated from Lingjiatan along the Yangtze River to strongly influence the birth and development of Liangzhu Culture," he said. 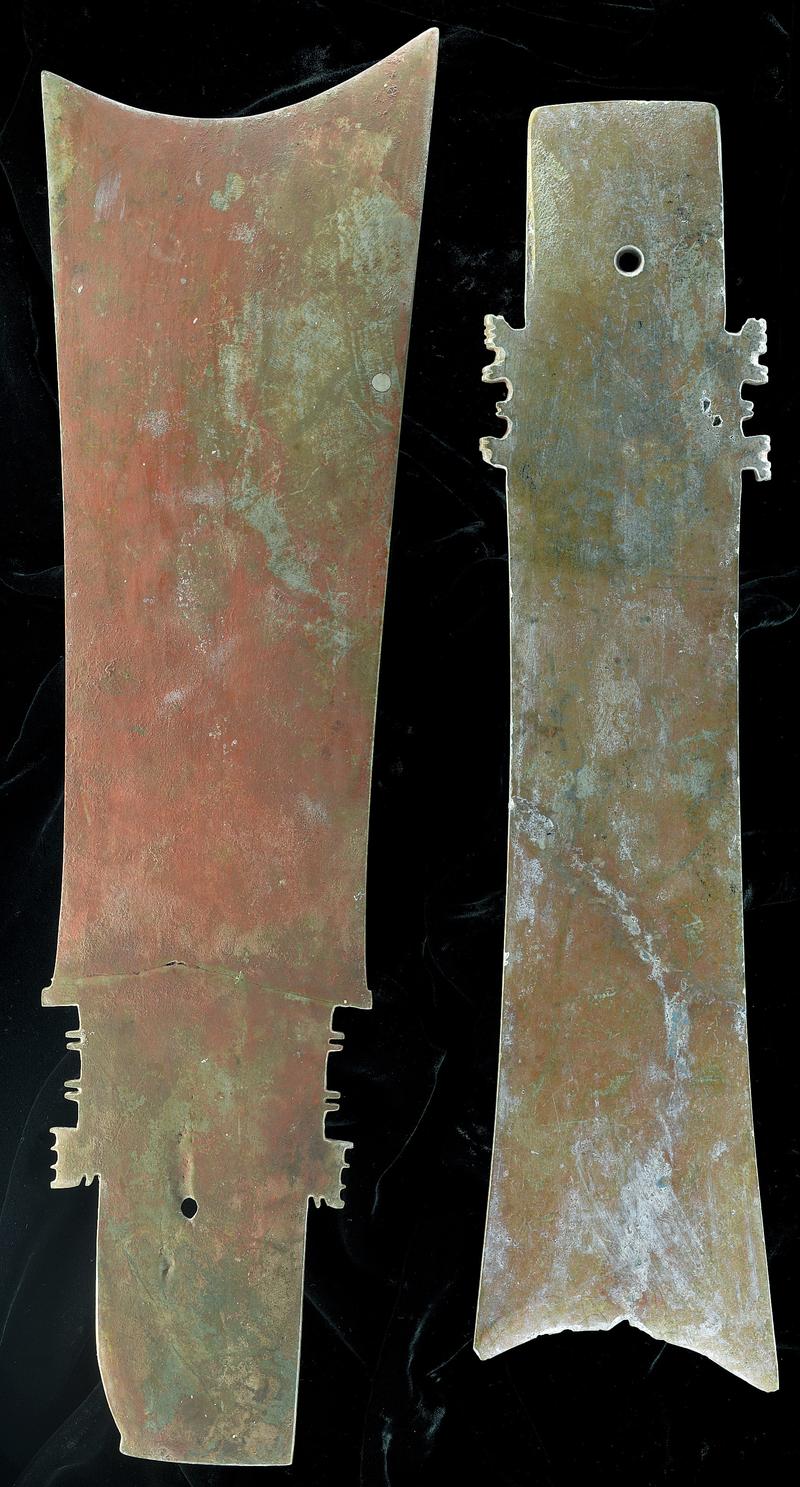 Numerous mysteries still surround early civilizations in China, but archaeologists' work in recent decades has provided vital clues to the past.

Presiding over a group study session of the Political Bureau of the Communist Party of China Central Committee in May, Xi Jinping, general secretary of CPC Central Committee, urged further efforts to advance the studies of Chinese civilization to help boost the nation's cultural confidence.

Last year marked the 20th anniversary of a national research program dedicated to tracing the origins of Chinese civilization. Some 400 scholars nationwide working in 20 natural and social sciences disciplines have taken part in the program, with archaeologists playing the main roles.

Four archaeological sites dating from between 3500 BC and 1500 BC — Taosi in Shanxi province, Shimao in Shaanxi province, Erlitou in Henan province, and Liangzhu — have been the focus of related studies. Numerous other major ruins from this period, mainly along the Yangtze, Yellow and Liaohe rivers, have also been highlighted.

Along with the Lingjiatan site, many others yielded rewarding discoveries last year.

At the Niuheliang site in Chaoyang, Liaoning province, which is 5,000 to 5,500 years old, archaeologists discovered nine symmetrical stone platforms on a mountain, well-equipped drainage facilities and relics used for rituals.

Jia Xiaobing, a researcher at the Chinese Academy of Social Sciences' Institute of Archaeology, who worked at the site, said other constructions may have been used for different functions. "The overall design of such a large-scale construction project demonstrates a society's ability to mobilize and organize," he said.

At the Bicun site in Lyuliang, Shanxi, which is about 50 km from Shimao, ruins that are 3,800 to 4,200 years old are thought to have marked the frontier of a regional power, and probably played a crucial role in a complicated defensive system. 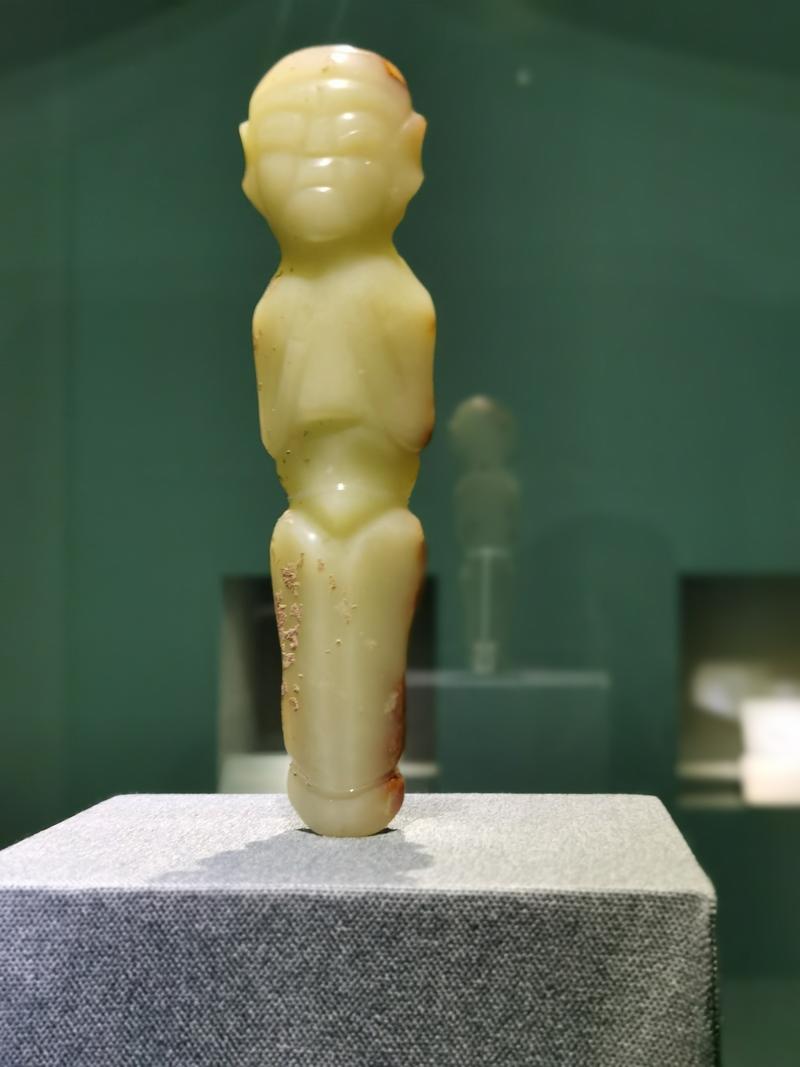 Zhang Guanghui, a researcher at the Shanxi Archaeology Academy who led the ongoing excavation, said, "There might have been a key strategic route connecting Central and Western China, which was pivotal for society at the time."

At the Nanzuo site in Qingyang, Gansu province, archaeologists unearthed the ruins of a huge city dating back 4,700 to 5,200 years. A palace, whose design can be seen in imperial cities in later dynasties, and exquisite pottery may provide clues to a previously unimaginable power hub on the edge of Loess Plateau.

Han Jianye, an archaeology professor at Renmin University of China who led the excavation, said the site may have functioned like a national capital.

Wang Wei, director of the Chinese Academy of Social Sciences' Academic Division of History and a leading expert in the origins-tracing program, said, "The development of Chinese civilization has been continuous, and various roots of our civilization were linked with and frequently exchanged with others, gradually forming a shared community.

"For example, it cannot be mere coincidence that various regions had the same admiration for jade and many of their jade patterns were similar," Wang said.

"A network for communication and exchanging information probably existed among upper classes in different societies. Dragons were also commonplace in various belief systems. These factors formed the foundation for a united Chinese civilization in later history."

Although Niuheliang and Lingjiatan are more than 1,400 km apart, their jade has a high degree of similarity.

Liu Guoxiang, a researcher at the Chinese Academy of Social Sciences' Institute of Archaeology, said various types of jade had the same influential effect.

"People interacted and learned from each other, and cultures prospered as a result," he said.

"They recognized each other's values, views and morals, and provided a big picture of how people from northern and southern areas of present-day China mixed between one another." 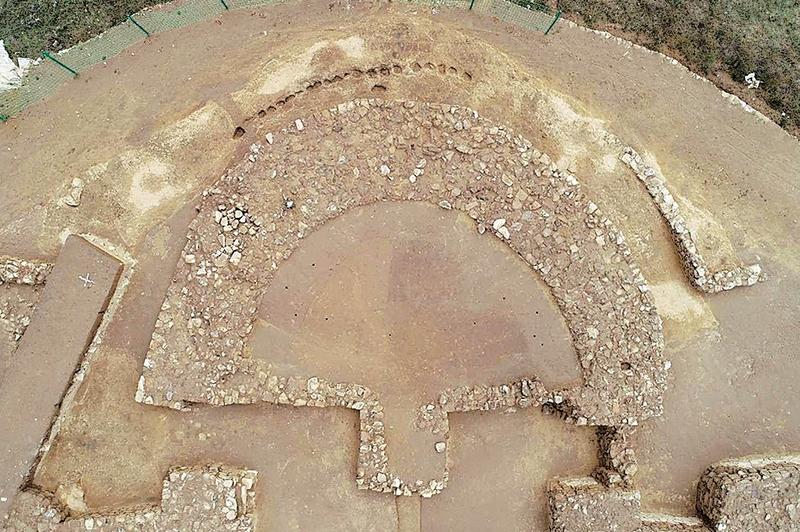 Throughout history, the Central China Plains, also known as Zhongyuan, which are mainly located in Henan, were considered the cradle of Chinese civilization, mainly due to ancient documents recording the area's glorious past.

But in recent decades, excavations nationwide have largely changed public perception of this concept, with archaeologists now comparing the infancy of Chinese civilization to a starry night sky.

In 2020, the 5,300-year-old Shuanghuaishu site in Gongyi, Henan, became arguably one of the most rewarding discoveries for those exploring the origins of Chinese civilization in recent years.

Covering more than 1.17 sq km, the site yielded the ruins of what may have been a national capital with moats, public graveyards, a large-scale residential area, sacrificial altars, along with many other key heritage findings. An exquisite ivory silkworm sculpture provided crucial clues to the origins of silk. 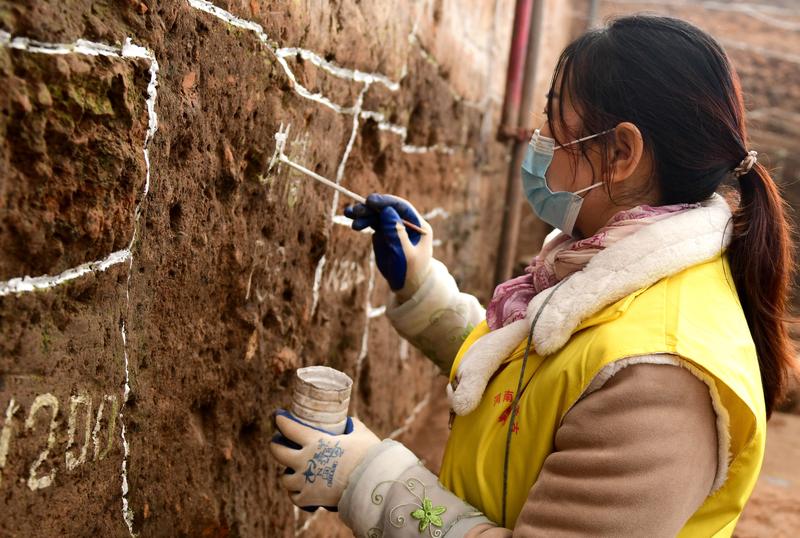 An archaeologist works at the Huangshan site in Nanyang, Henan. (CHEN HUI / XINHUA)

A large complex of ruins dating back 4,000 to 7,000 years depicts a crossroads of cultures.

Yuan Guangkuo, an archaeology professor at Capital Normal University, said numerous jade processing workshops, residential compounds, and the ruins of canals and piers provide a picture of a grand transportation network that involved mining, the handicraft industry and jade production.

In addition, various cultural elements from the Yellow River to the north and the Yangtze River to the south were found at the Huangshan site.

"These findings expand our knowledge of Chinese jade," Yuan said. "They are also an example of how a society became complex as it absorbed different cultural elements and stepped into an era of civilization."

When the Erlitou site emerged in Henan about 3,500 years ago, the Central China Plains became the "brightest star in the sky". Usually considered the capital city of the Xia Dynasty (c. 21st century-16th century BC), the first central Chinese dynasty recorded in history, the site marked the initial boom of Chinese bronze civilization.

Wang, from the Chinese Academy of Social Sciences, said: "A united community was gradually formed in China through lasting interactions among various regions. Regional cultures became part of a grand melting pot of civilization and the Central China Plains finally rose to the fore as advanced elements from elsewhere emerged in Erlitou."

Part of the exterior city wall unearthed at the Shimao site in Yulin, Shaanxi province. The site is one of four dating from between 3500 BC and 1500 BC to feature in related studies. (PHOTO PROVIDED TO CHINA DAILY)

In tracing the origins of Chinese civilization, researchers used to focus mainly on the period dating back 3,500 to 5,500 years. Looking to the future, Wang expects the study range to be expanded.

For example, as highly developed agriculture was one of the keys to forming civilization, the inclusion of the birth of agriculture in China in relevant studies can broaden people's horizons, Wang said, adding, "This means we can focus on even earlier times."

At the Jiahu site in Henan, turquoise was found in 8,000-year-old tombs, while some tombs housed flutes made from bones. "The division of social roles and differentiation between social classes can be seen from the scale of the graves and the objects they contain," Wang said.

He added that such a prelude to civilization commonly appeared elsewhere, and follow-up studies may produce more related discoveries.

"For example, studies of plants can tell us what different groups of people ate and also show how they migrated and communicated with others," he said.

Wang added that natural science can help analyze unearthed relics. For instance, in-depth studies of climate change and the environment will help people today understand the conditions that influenced the evolution of civilization.

Chen said historical documentation should never be excluded in tracing the origins of Chinese civilization.

"These documents offer a framework for us to learn about the past. Archaeological excavations fill in the gaps by providing previously unknown physical evidence concerning people's daily lives. These documents and excavations can provide us with the full picture," he said.

"We can form a better view of Chinese civilization in the context of cultural communications across the Eurasian continent. As a big picture of civilizations begins to emerge worldwide, we can better understand our own characteristics," he said.

Fang Aiqing and Wang Ru contributed to this story.