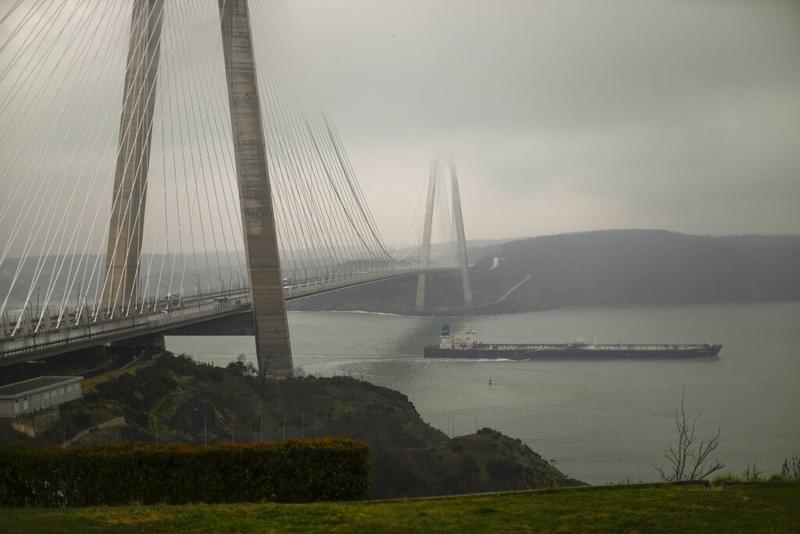 Oil tankers formed a traffic jam off the coast of Türkiye on day one of the West's price cap on Russian crude, with Ankara insisting on new proof of insurance for all vessels, the Financial Times reported on Monday.

Around 19 crude oil tankers were waiting to cross Turkish waters on Monday, according to the report, citing ship brokers, oil traders and satellite tracking services.

A $60 per barrel price cap imposed by the Group of Seven nations, Australia and the 27 European Union states on Russian seaborne crude oil took effect this week.

According to the Financial Times' report, four oil industry executives said Türkiye had demanded new proof of full insurance coverage for any vessels navigating its straits

The agreement allows Russian oil to be shipped to third-party countries using tankers from G7 and European Union member states, insurance companies and credit institutions only if the cargo is bought at or below the cap.

Russia said on Monday that a Western price cap on its oil would destabilize global energy markets.

According to the Financial Times' report, four oil industry executives said Türkiye had demanded new proof of full insurance coverage for any vessels navigating its straits in light of the measures.

Türkiye’s ministry of transport and infrastructure did not immediately respond to a Reuters request for comment.

The vessels had dropped anchor near the Bosphorus and Dardanelles, the two straits linking Russia’s Black Sea ports to international markets.

The first tanker arrived on Nov 29 and has been ever waiting since, the report quoted a ship broker who asked not to be named as saying.