No one imagined Saudi could play at this level, Renard says 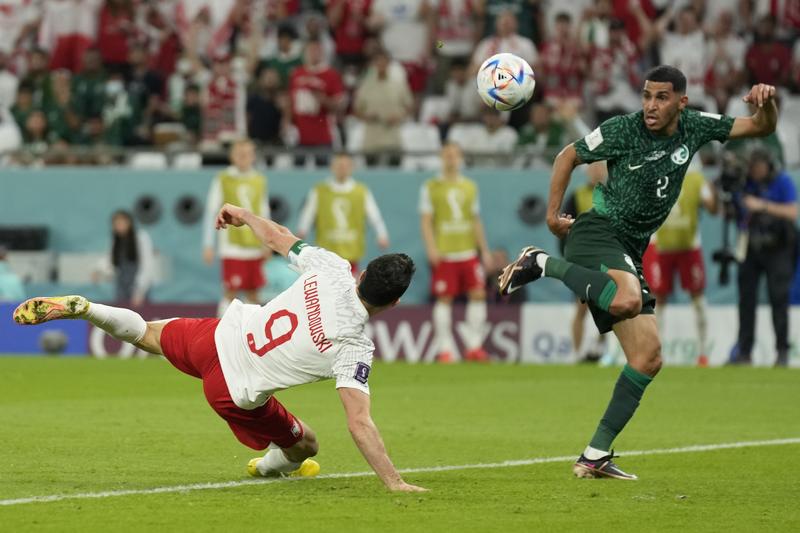 Al RAYYAN, Qatar - Saudi Arabia coach Herve Renard said that no one in the world had imagined that his team could perform in the way they did, despite their 2-0 loss to Poland in the World Cup Group C on Saturday.

After a resounding 2-1 victory over Argentina in the first match, Saudi Arabia played with a different approach against Poland and took possession of the ball. But they conceded a goal at the end of each half to Poland's Piotr Zielinski and Robert Lewandowski.

Poland, who drew 0-0 with Mexico in the first match, top the group with four points from two matches, one point ahead of Saudi Arabia. Argentina is bottom of the standings before facing Mexico later in the day.

No one around the world thought that we could play with this level. Yes in Saudi Arabia we know the players well, but they are unknown to the fans around the world. We are still alive. I'm proud of my players. We should have controlled the match better.

"No one around the world thought that we could play with this level. Yes in Saudi Arabia we know the players well, but they are unknown to the fans around the world," Renard told a news conference.

"We are still alive. I'm proud of my players. We should have controlled the match better. If we scored the penalty kick, the first half would have ended in a 1-1 draw and then the match would have gone differently."

Renard explained that bad luck had nothing to do with the defeat at Education City, but rather a lack of effectiveness.

"We lacked accuracy in the last third of the field against a strong team, we made mistakes in passing the ball and we did not play realistically, but we will not give up."

Renard was keen to shake hands with his players after the match and greet the fans. But the greatest support was given to defending midfielder Abdulelah Al-Malki, who slipped and Lewandowski pounced to rob him of the ball before sliding a tidy finish beyond Mohamed Al-Owais and into the net.

"It is easy to blame and shout at the players, I went to support Al-Malki after his mistake, and this is my way of coaching teams," Renard said.

"Some players made mistakes today, but that happens, after all, football is a team game."

The 54-year-old coach indicated his team will play the next match in Lusail against Mexico with the same energy and desire.

"We need the fans to make history, I want a green stadium again, maybe we will play in the white jersey, but that isn't important, we want the support from the fans," he added.

ALSO READ: Amidst the circus, Ronaldo proves ringmaster yet again

When asked about his team's fatigue in the final minutes of the match, Renard offered an explanation.

"It was not fatigue, but the fact we conceded the second goal, as it is psychologically difficult.

"Wojciech Szczesny won the game for Poland. He is a great goalkeeper, but we didn't discover that today."