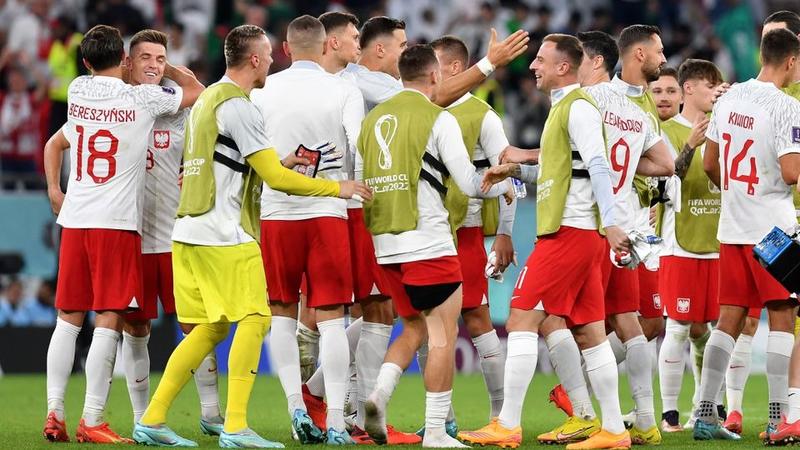 AL RAYYAN — Poland bolstered their chances on Saturday of reaching the World Cup's last 16 for the first time since 1986 after goals from Piotr Zielinski and Robert Lewandowski killed Saudi Arabia's efforts to advance a game early.

Zielinski scored after 39 minutes against the run of play and Lewandowski put the match beyond Saudi Arabia eight minutes from time, while goalkeeper Wojciech Szczesny's stunning double save from a penalty in first half stoppage time kept Poland in the match against a Saudi side that was always on the attack.

The result leaves Poland needing only a point from their final Group C match against Argentina to guarantee their spot in the next round.

Saudi Arabia were the better team for the first half and had the advantage of a few favoruable refereeing decisions but will rue the missed penalty from Salem Al-Dawsari, who scored the winner in their historic victory over Argentina on Tuesday.