Renowned playwright and director Stan Lai misses his days as a student when he first started making plays in a school theater.

Now, of course, it is much more organized. There's a script, a director instructing the cast and crew on where to go and what to do. There's a cast performing what's on the script, and there's a crew undertaking various jobs, such as working on makeup, stage sets, music and lighting.

Theater is something that anyone can enjoy, and that everyone should attempt to join in with at some point in their time on campus.

"Back then we had nothing but pure passion and a dedication to theater. A couple of friends shared the same views about theater and we worked hard to realize our ideas onstage," says Lai, 68, who was born in Washington and returned to Taiwan, where his family hailed from. He studied dramatic art at the University of California, Berkeley, where he received his PhD in 1983.

His famous works, including Secret Love in Peach Blossom Land, A Dream Like a Dream and The Village, are regarded as classics of Chinese language theater.

"Theater is something that anyone can enjoy, and that everyone should attempt to join in with at some point in their time on campus," says Lai.

Lai was one of the guest speakers who opened the Cross-Straits, Hong Kong and Macao Forum on Campus Theater, which was held in Beijing on Nov 11. 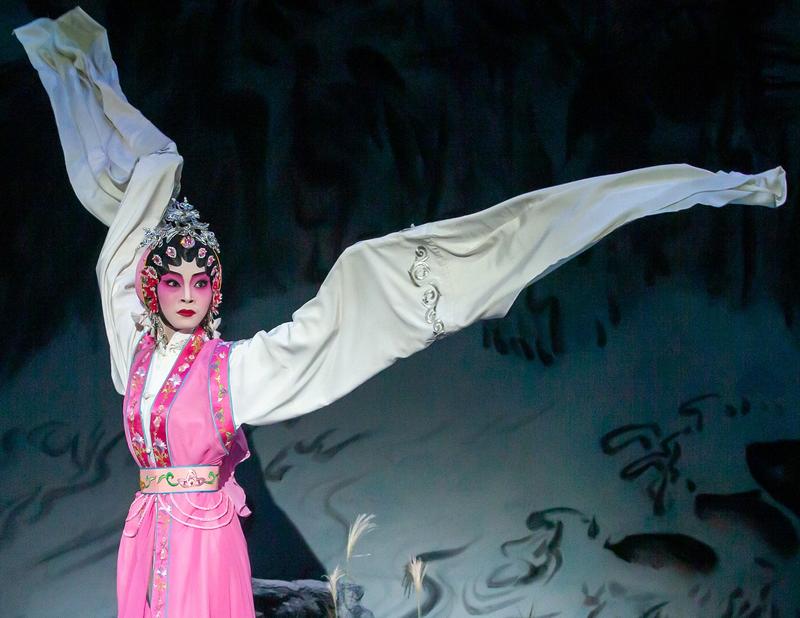 A scene from Jing Chai Ji ("a romance of a hairpin") staged by the Hong Kong Academy for Performing Arts. (PHOTO PROVIDED TO CHINA DAILY)

From Nov 11 to Sunday, 11 plays with a range of styles from the Chinese mainland, Hong Kong, Macao and Taiwan were streamed on Bilibili, a Chinese video-sharing platform. These include Murdered a Cowboy by the University of Macau and A Feast, jointly produced by Taipei University of the Arts and Fujian Normal University.

"Theater brings people together. The exchange programs and collaborative projects among universities help the campus theater scene develop," says Hu Wei, a professor at the Central Academy of Drama. Hu recalls that the school worked with Tunghai University in Taiwan to launch a series of activities for students from both schools several years ago, such as sharing classes and creating plays together.

"Students from different backgrounds and with different views about theater become teams and learn from one another," she told the forum. "This kind of collaboration and communication also benefits students with different majors, even those who are not majoring in theater."

Scriptwriter and director Gu Lei became interested in theater as a student and later launched a stage career. Though he planned to become a scientist after graduation, his love of theater developed after he joined a school drama club.

In 2001, the year when Gu graduated from Beijing Institute of Technology with a major in biochemical engineering, he participated in the first theater festival for college students in Beijing, which was organized by the Beijing Theatre Association. His work, Woyzeck, adapted from German dramatist Georg Buechner's classic play of the same name, won the festival's top award, which propelled Gu to stardom.

"When I was a student, I wanted to express all my feelings through writing, directing and acting. I had a great time," recalls Gu, who worked with renowned director Lin Zhaohua while pursuing his master's degree at the Beijing Institute of Technology in 2003. 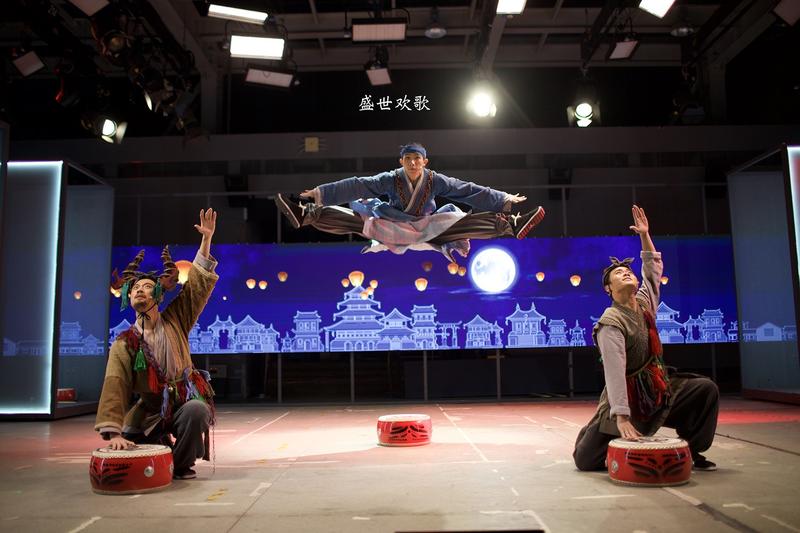 And another play, Pottery Figure Reviving, co-produced by Communication University of China and the National Museum of China. (PHOTO PROVIDED TO CHINA DAILY)

"As time goes by, my life changes, which also brings changes to my plays. But I am still a theater enthusiast — that has not changed," Gu says.

During the forum, theater experts from Hong Kong, Macao and Taiwan joined online.

One of them was Mok Ian Ian, a PhD in Chinese theater who graduated from the University of Nanjing, and a renowned writer from Macao.

She says that Macao had the earliest campus theater scene in China when St. Paul's Public School, one of the earliest missionary schools in China dating back to the late Ming Dynasty (1368-1644), put on a play by its teachers and students on Jan 16, 1596.

Martin Lau, dean of the School of Chinese Opera of the Hong Kong Academy for Performing Arts, talked about the development of Yueju Opera online during the forum. Yueju Opera combines Mandarin operatic traditions and Cantonese dialect, rooted in Cantonese-speaking places, such as Guangdong province, Guangxi Zhuang autonomous region, and the Hong Kong Special Administrative Region.

Officially recognized by the UNESCO as an Intangible Cultural Heritage of Humanity since 2009, Yueju Opera is a vivid history book, which has been developed and preserved, Lau says.

"We have worked with schools in Guangzhou to offer Yueju Opera classes. The old art form is also a popular exchange program for the Guangdong-Hong Kong-Macao Greater Bay Area."