Editor's Note: To mark the 20th National Congress of the Communist Party of China, China Daily is producing a series of data graphics pages that highlight the nation's major achievements during the past decade. This, the 15th in the series, tells the story of the not-so-well-known but immensely fascinating side of China's economy: capital goods — equipment, machinery, and plants that make computers and automobiles, which form the backbone of industrial activity. Both the number of industrial firms and their profits, as well as their output, have been rising steadily. 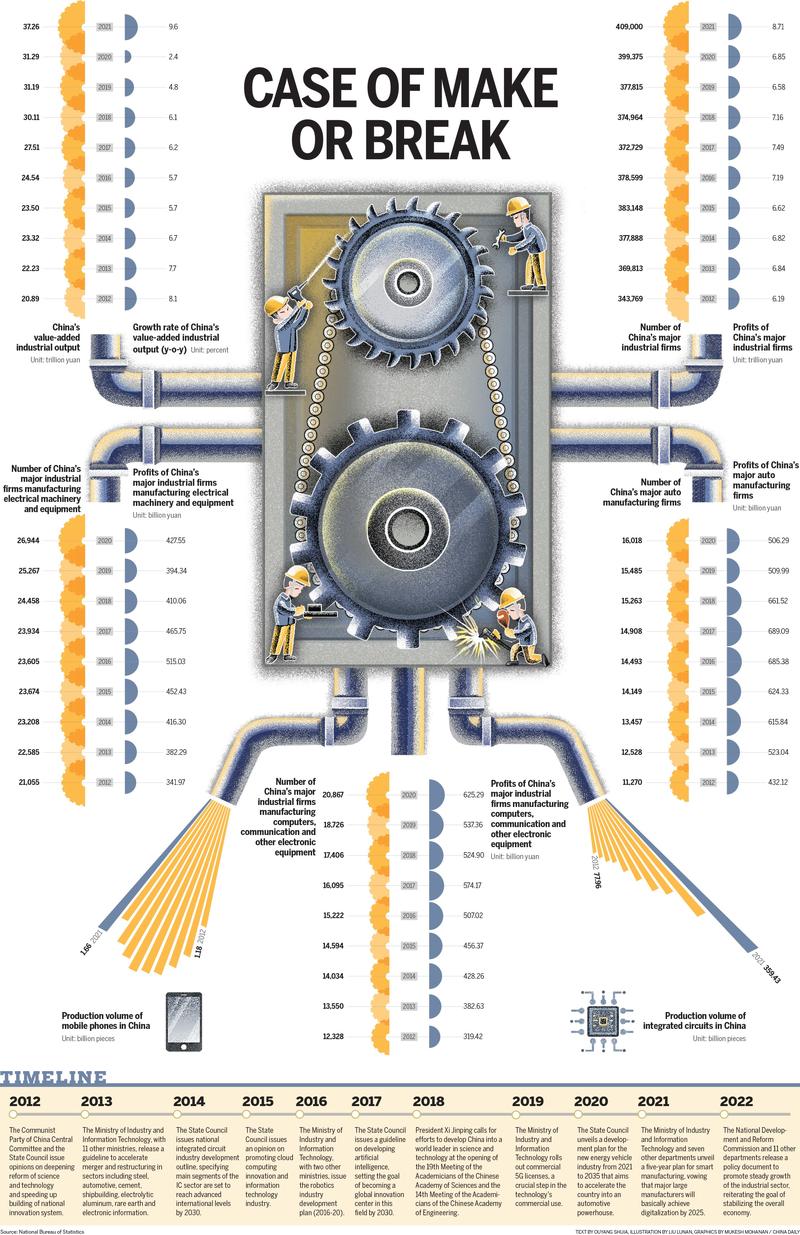