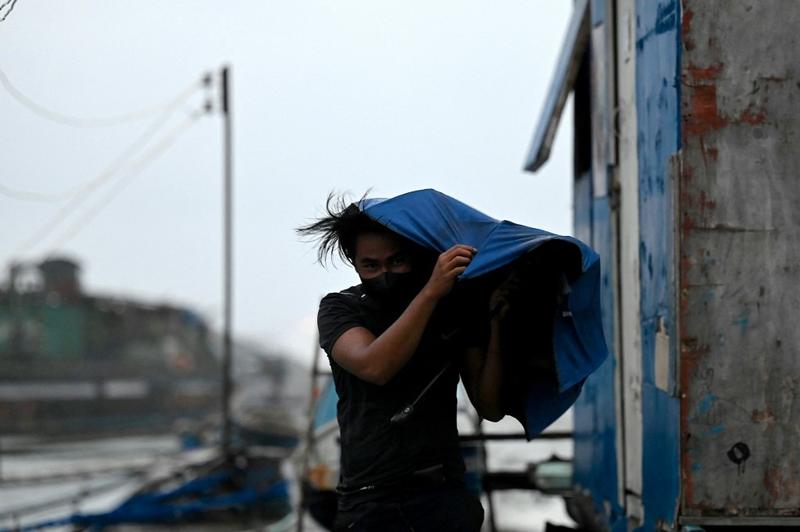 A man holds on to his umbrella while walking in Baseco, Manila as Typhoon Noru approaches the Philippines on Sept 25, 2022. (JAM STA ROSA / AFP)

MANILA - A typhoon gained strength as it approached the Philippines on Sunday, forcing thousands of people from their homes in coastal communities on the main island of Luzon and the cancellation of dozens of flights.

Typhoon Noru strengthened with maximum sustained winds of 195 kph (121 mph) and gusts of up to 240 kph (149 mph), the state weather bureau said in an advisory hours before the storm was expected to make landfall.

"Coconut trees are swaying while banana plants have been brought down," Angelique Bosque, the mayor of the Polillo Islands, told DZRH radio station.

The storm was likely to make a direct hit on the small islands just east of Luzon.

Waves whipped up by the category 3 typhoon were battering the islands' main port and low-lying areas were flooded, Bosque said.

The Philippines, an archipelago of more than 7,600 islands, sees an average of 20 tropical storms a year. In 2013, Typhoon Haiyan, one of the most powerful tropical cyclones ever recorded, killed 6,300 people.

On Sunday, authorities began evacuating thousands of people from coastal areas on Luzon, where the capital, Manila, is located.

The mayor of Dingalan town, also on Luzon, told DZMM radio station communication lines were severed and the power was out in some communities.

President Ferdinand Marcos was in communication with cabinet members involved in preparations for the storm, the presidential palace said.

Noru will bring heavy to torrential rains over the capital region and nearby provinces as it moves westward over rice-producing provinces. It is likely to emerge over the South China Sea by late Sunday or early Monday.

Numerous ferry services were suspended and airlines canceled 30 domestic and international flights to and from Manila, authorities said. 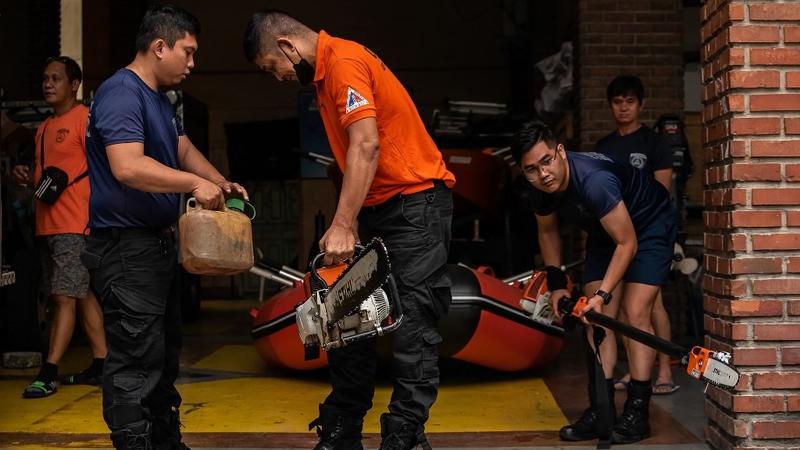