By Xi Tianqi in Hong Kong 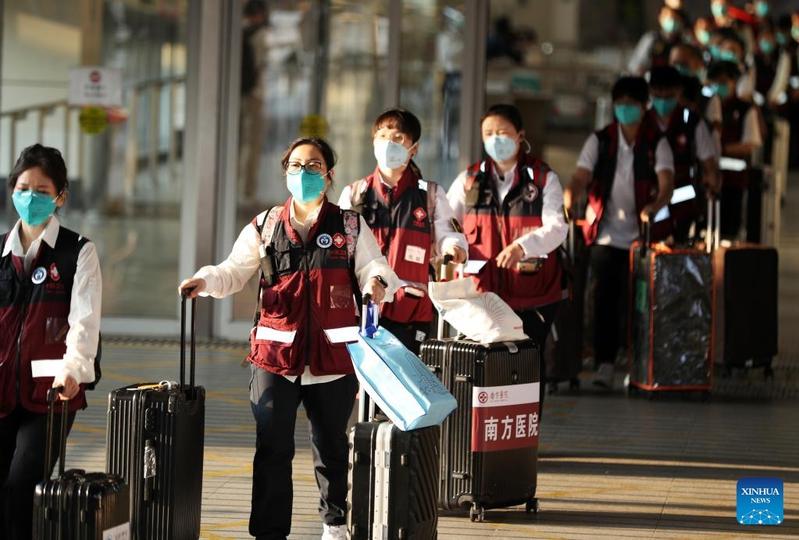 Over 300 medical workers from the mainland cities of the Guangdong-Hong Kong Macao Greater Bay Area(GBA) will visit Hong Kong in batches in the next two years to help ease the city’s acute shortage of medical employees.

The workers — including doctors, nurses, practitioners of traditional Chinese medicine, and radiation therapists — will start arriving as soon as next month, the city’s Hospital Authority(HA) announced on Thursday.

Among the mainland workers, eight doctors who had assisted Hong Kong’s anti-pandemic fight were confirmed to be coming to the city

Among the mainland workers, eight doctors who had assisted Hong Kong’s anti-pandemic fight were confirmed to be coming to the city. They will apply to the Medical Council of Hong Kong for limited registration to practice in public hospitals, and they will be in the city for no more than a year, HA Chairman Henry Fan Hung-ling said.

The first batch of 70 mainland nurses is expected to arrive early next year, and the number will increase to 300 over the next two years. The nurses, who will not register in Hong Kong, will be arranged to handle works that are similar to the Guangdong-Hong Kong Nurse Specialist training program of 2007, Fan said. The 2007 training program arranged for mainland nurses to receive training and perform clinical nursing work in Hong Kong public hospitals.

Three senior TCM practitioners will arrive in Hong Kong as early as next month, and about six radiation therapists were invited to visit for a year.

Fan said that given the strategic importance of the GBA development to Hong Kong, it is important for the HA to formulate long-term strategies and proactively explore concrete collaboration projects to effectively engage in supporting healthcare initiatives in GBA development.

The nurses, who will not register in Hong Kong, will be arranged to handle works that are similar to the Guangdong-Hong Kong Nurse Specialist training program of 2007

The Hospital Authority on Thursday also released the latest employee attrition rate for public hospitals, with doctors at 8.3 percent and nurses being 10.1 percent.

To alleviate the shortage, the exchange programs will focus for now on inviting mainland experts to Hong Kong, it’s less likely for Hong Kong to send medical workers to the north in the immediate future, Fan said.

As with other exchange programs, the HA will take the legal responsibility if the mainland experts are responsible for medical accidents while working in Hong Kong, Fan said.

The program will not affect the promotion opportunities of local medical employees as the mainland medical workers will return to their previous posts upon completion of the program, he added.