HONG KONG – The government on Wednesday announced that it intends to recognize the qualifications of non-local doctors from 23 medical schools outside Hong Kong, including one from the Chinese mainland, that would allow them to apply for special registration to practise in the city.

In a statement issued on Wednesday afternoon, the government said the Director of Health of Hong Kong announced the second batch of 23 medical qualifications that will be recognized once the list is gazetted on June 10. It will be submitted to the Legislative Council for negative vetting on June 15.

Together with the first batch announced in April, the qualifications from outside Hong Kong recognized by government’s Special Registration Committee now number 50.

"The announcement of the recognized medical qualifications in batches by the SRC enables qualified non-locally trained doctors to come to serve in the public healthcare institutions in Hong Kong through special registration as soon as possible, with a view to alleviating the current shortage of doctors in the public healthcare system,” Secretary for Food and Health Sophia Chan Siu-chee was quoted in the statement as saying.

She said the list may also serve as a reference for students who intend to study medicine outside Hong Kong and facilitate their choices for further studies.

“I would like to express my heartfelt gratitude to the SRC Chairperson, Professor Grace Tang, and all of the members for sparing no effort in conducting assessment of non-local medical programs, and for submitting the two batches of recognized medical qualifications. I am confident that the SRC will be able to complete the task of determining the list within this year," Chan added. 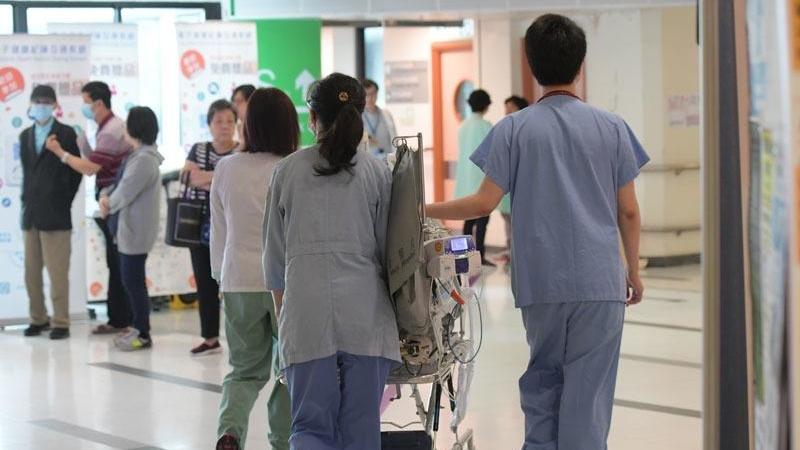 Lam Tzit-yuen, a lawmaker representing the medical sector, said he was disappointed that there was only one mainland university on the list. He hopes that more outstanding mainland institutions, such as the Tsinghua University and Peking University, could be included later.

He added that excluding the schools simply because they teach the classes in Chinese is not valid enough. Learning in mother language will help the students study more smoothly and deeply. It’s also not very difficult for the mainland medical students to understand English medical terms.

Lam Tzit-yuen, a lawmaker representing the medical sector, said that excluding the schools simply because they teach the classes in Chinese is not valid enough. He hopes that more outstanding mainland institutions, such as the Tsinghua University and Peking University, could be included later

The SRC was established in November under the Medical Council of Hong Kong to determine the list of recognized medical qualifications so that non-local doctors could practice in the city and ease the chronic manpower shortage.

Chan said in August last year that the Hospital Authority needed 600 more doctors while the Department of Health was looking for 50 more physicians.

According to local think tank Our Hong Kong Foundation, those aged 65 or above will account for 29.9 percent of the city’s population by 2036, and another 10,000 doctors are needed to match the level of healthcare for chronic diseases 20 years ago.

After the Medical Registration (Amendment) Ordinance took effect on Oct 29, 2021, non-local doctors who possess these recognized medical qualifications may apply for special registration to practise in the Hong Kong’s public healthcare institutions after they fulfill certain criteria.

After serving for a certain period, obtaining recognized specialist qualifications and passing an assessment, they will be granted full registration to practise in Hong Kong.

Non-local medical graduates who possess the recognized medical qualifications but have yet to undergo internship outside Hong Kong may take the Licensing Examination of the MCHK if they meet some criteria, according to the government statement.

If they pass, they could then apply for the special registration to practise in the public healthcare institutions in the SAR, it added.