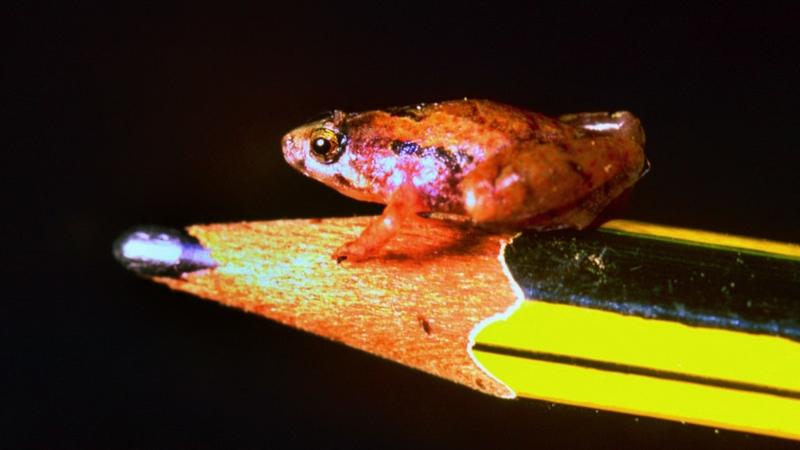 NEW YORK - New commitments aimed at catalyzing biodiversity finance and conservation were unveiled in New York at a high-level event convened Tuesday on the sidelines of the general debate of the 77th session of the UN General Assembly, Xinhua learned Thursday.

According to a press release issued by the World Wildlife Fund (WWF), the new initiatives announced include 870 million euros of new funding from the German government, a 10-point plan for financing biodiversity, and the next phase of the High Ambition Coalition for Nature and People. An accelerator for action on biodiversity was also announced.

The second phase of the 15th meeting of the Conference of the Parties to the UN Convention on Biological Diversity (COP15) will be held in Montreal, Canada from Dec 5 to 17 this year

German Chancellor Olaf Scholz said that "Germany resolutely supports the idea of an ambitious global framework on biodiversity. Such a framework needs a strong implementation mechanism that sets us on a path to saving and restoring our ecosystems."

"Protecting at least 30 percent of our land and oceans plays a crucial role in this," said Scholz.

The second phase of the 15th meeting of the Conference of the Parties to the UN Convention on Biological Diversity (COP15) will be held in Montreal, Canada from Dec 5 to 17 this year.

Countdown to COP15: Landmark Leaders' Event for a Nature-Positive World saw world leaders declare the success of COP15 a priority for their governments and call for all countries to work together to secure an ambitious global biodiversity agreement in Montreal in the face of an escalating nature crisis that is threatening health, food security, and livelihoods, while undermining climate action and sustainable development, according to the release.

Attending leaders reaffirmed their commitment to reverse biodiversity loss and secure a nature-positive world by 2030, including through adopting a transformative biodiversity agreement at COP15 in Montreal.

Leaders reaffirmed their commitments to protect and conserve at least 30 percent of land and ocean by 2030, transform production and consumption to be well within planetary boundaries, and ensure an equitable transition to nature-positive economies.

READ MORE: All you need to know about COP15

"These pledges must be fulfilled over the next few months as nature cannot survive on stagnant or forgotten promises - change must be delivered," Lambertini said.

"COP27 must demonstrate that the world is making progress on all pillars of the Paris Agreement. We urgently need to address loss and damage in a meaningful and credible way," he said in a video message for the Alliance of Small Island States (AOSIS) leaders' breakfast.

Loss and damage are happening now -- at 1.1 degrees of warming. The floods in Pakistan have inundated a third of the country, he said. "We can only imagine the fate of small islands if we go beyond 1.5 degrees. Two degrees of warming is unthinkable and must be avoided at all costs."