By Yang Jun and Zhang Yu 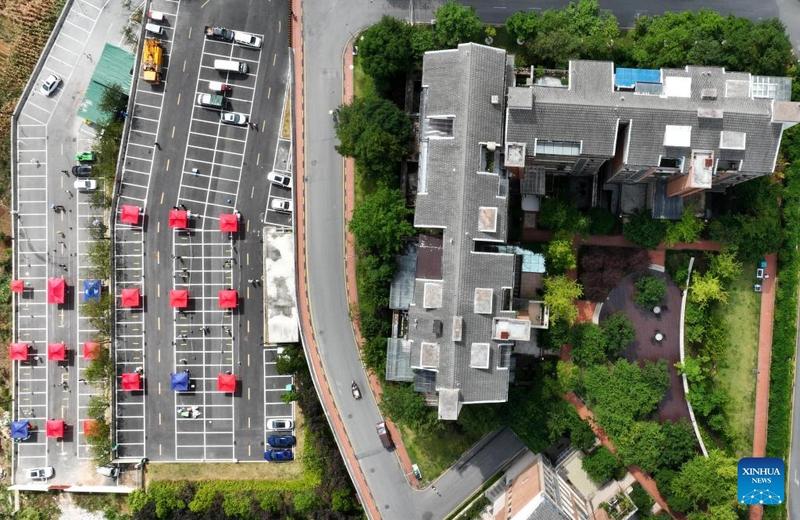 Guiyang vice-mayor apologizes after 27 die in accident during relocation

Three officials in Guiyang, capital of Guizhou province, were punished for a traffic accident on Sunday that killed 27 people, the provincial government announced on Monday.

Twenty-seven people were killed when a coach relocating people to COVID-19 quarantine overturned in Guizhou province on Sunday, and a team of medical specialists is making all-out efforts to treat the remaining 20 passengers.

The province and city are conducting in-depth investigations into the traffic accident that occurred on an expressway in Sandu Sui autonomous county, and the relevant responsible persons will be resolutely held accountable in accordance with the law and regulations.

Four of those who were seriously injured were not currently at risk of dying, and the other 16 were in stable condition, the report said.

The group of specialists examined the patients one by one and formed treatment plans for each of them, the report said.

The coach was carrying people from Guiyang, the provincial capital, to a quarantine hotel in Libo county when it rolled onto its side on an expressway in the early hours of Sunday morning, according to Lin Gang, vice-mayor of Guiyang. Lin publicly apologized for the accident at a news conference on Sunday night.

Aside from the driver and a staff member on the coach, the people are all residents of Yunyan district in Guiyang who were being transported to be placed under medical observation in relation to the COVID-19 epidemic in the province, he said.

“The traffic accident has caused a huge loss of life. We are deeply grieved and filled with self-reproach,” Lin said at the conference. He offered his deepest condolences to the victims and their families.

The cause of the accident will be thoroughly investigated, Lin said, and those responsible will be held accountable and strictly punished according to the law.

A comprehensive inspection will be carried out on the traffic risks of transporting people for quarantine in order to prevent such accidents, he said.

The province reported 12 locally transmitted confirmed COVID-19 cases and 352 asymptomatic carriers on Sunday, mostly in Guiyang, according to the provincial health commission.

All the recent positive test results were found in controlled zones, which means the risk of transmission at the community level has been controlled, the city announced on Monday.

It lifted restrictive measures in some districts, such as Wudang and Baiyun, allowing residents to leave their houses and public transportation to resume. In Yunyan district, tighter restrictions will stay in place for the time being.