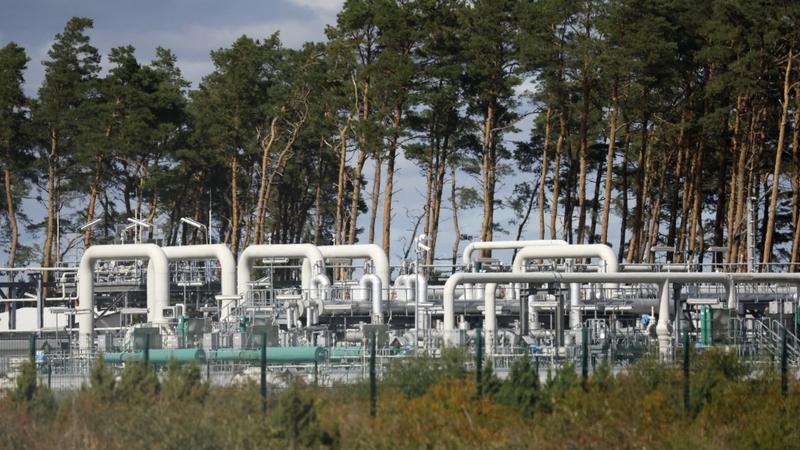 Pipe systems are seen at the industrial plant of the Nord Stream 1 Baltic Sea pipeline, Lubmin, northeastern Germany, close to the border with Poland, on Aug 30, 2022. (ODD ANDERSEN / AFP)

German buyers of Russian natural gas resumed nominations for supply on the Nord Stream 1 pipeline for the first time since the crucial pipeline was shut down for maintenance about three weeks ago, according to German pipeline data.

Russia halted flows via the Nord Stream 1 pipeline, which runs under the Baltic Sea to Germany, on Aug 31 for what was supposed to be three days of maintenance.

Moscow has blamed Western sanctions for hampering routine operations and the maintenance of Nord Stream 1, which is by far the biggest Russian gas pipeline to Europe, carrying up to 59.2 billion cubic metres of gas per year.

European gas prices have more than doubled from the start of the year amid a decline in Russian supplies.

President Vladimir Putin on Friday denied Russia had anything to do with Europe's energy crisis, saying that if the European Union wanted more gas it should lift sanctions preventing the opening of the Nord Stream 2 pipeline.

For Sept 19, buyers nominated for 3,652,554 kilowatt hours per hour (kwh/h) of gas via Nord Stream 1 between 8:00-9:00 CET for delivery to the OPAL gas pipeline in eastern Germany, data on the OPAL pipeline website showed.

Buyers for the NEL gas pipeline nominated 14,291,845 kwh/h of gas during the same time period, according to data from NEL.

Nord Stream, OPAL and NEL did not immediately respond to requests for comment.