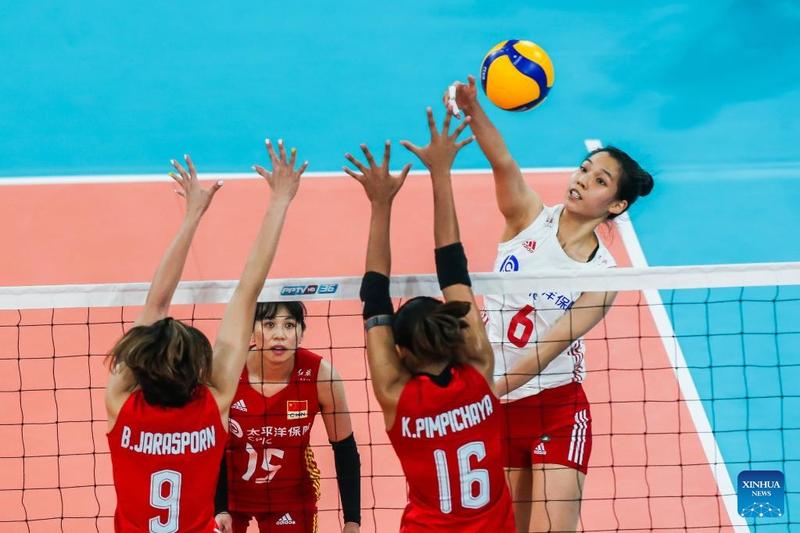 Zhuang Yushan (right) of China spikes the ball during the semifinals match against Thailand at the 2022 AVC Cup for Women at the Philsports Arena in Pasig City, the Philippines, Aug 28, 2022. (ROUELLE UMALI / XINHUA)

MANILA - China defeated Thailand 3-2 in the semifinals of the Asian Volleyball Confederation Cup for Women in Pasig City, the Philippines on Sunday.

China will play either Japan or Vietnam in the AVC Cup final.