China sweeps Australia in quarters of AVC Cup for Women 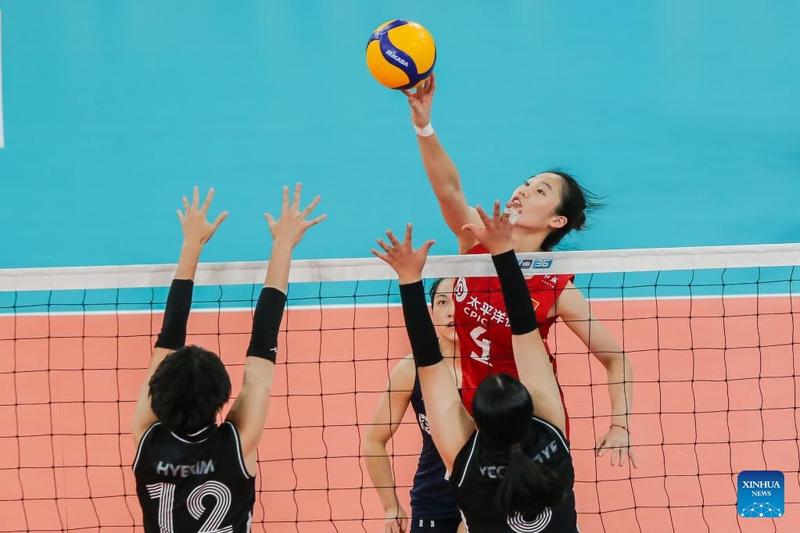 Wang Yifan (top) of China spikes the ball during the Pool A match between China and South Korea at the 2022 AVC (Asian Volleyball Confederation) Cup for Women in Pasig City, the Phillipines, Aug 21, 2022. (ROUELLE UMALI/XINHUA)

MANILA - China's women's volleyball team claimed a straight-set victory over Australia in the quarterfinals of the Asian Volleyball Confederation (AVC) Cup for Women in Pasig City, the Philippines on Saturday.

Despite dispatching its second-string team to the continental Cup, China proved to be too strong for Australia, winning 25-13, 25-8, 25-8.

China will contend for a final berth with the winner between Thailand and the Philippines on Sunday.