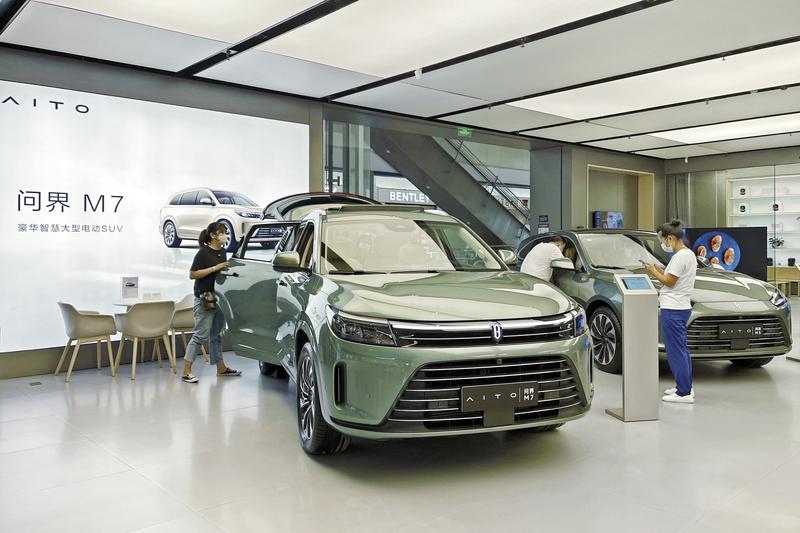 Despite a 3.3 percent dip from June, it was the best-ever July for vehicle sales, said the association.

Financial stimuli measures rolled out by the State Council in June, including halved purchase tax for certain gasoline models, have played their roles, said Chen Shihua, a deputy secretary-general of the CAAM.

Paul Gong, an auto analyst at UBS China, said the lower purchase tax will increase gasoline sales by up to 700,000-800,000 units this year.

Combined with measures local authorities have rolled out, it will increase vehicle sales by around 1 million units, said Gong.

Auto sales from January to July totaled 14.48 million units, down 2 percent year-on-year, according to the CAAM. This was primarily the result of COVID-19-related disruptions.

Passenger vehicles have bucked the downward spiral. In the first seven months, their combined sales totaled 12.53 million, up 8.3 percent year-on-year.

However, sales of buses and trucks still foundered, with their sales from January to July falling 39.3 percent year-on-year.

The association said that as passenger vehicle demand is rising fast, the overall industry's sales from January to August combined are expected to see positive growth compared with the same period of 2021.

The recovery will enable China's vehicle market to see positive growth this year from 2021, said Chen. 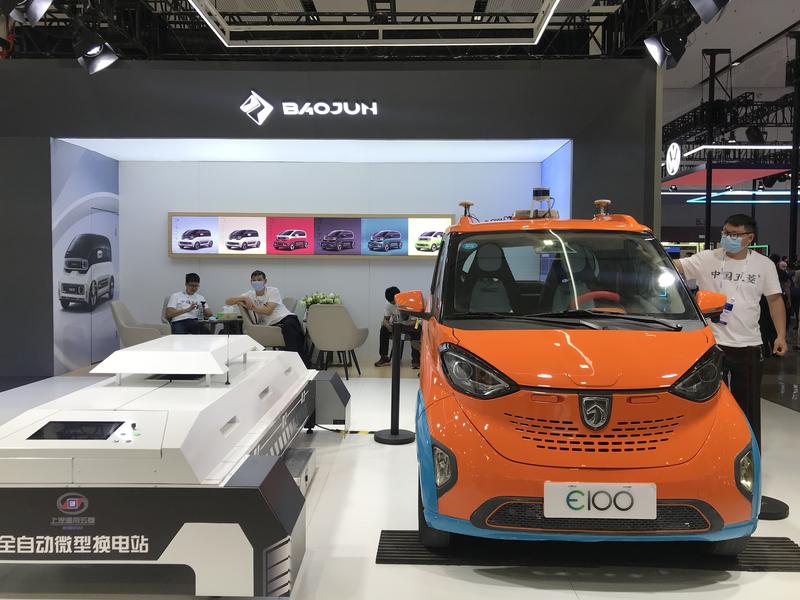 New energy vehicles remain the highlight of China's vehicle market. A total of 593,000 electric vehicles and plug-in hybrids were sold in July, up 120 percent year-on-year.

Their sales from January to July stood at 3.19 million, up 120 percent from the same period of 2021. Of them, personal NEVs took the lion's share.

Cui estimated that NEV monthly sales are expected to average more than 600,000 units from August to December.

Combined with electric trucks and buses, sales of all types of NEVs in China could reach 6.5 million units, he said.

Cui said the availability of new models, favorable policies including extra license plates being issued and subsidies, as well as local governments' introduction of environmentally friendly fleets, are fueling sales.

Local authorities in Shandong province have said that NEVs will account for all new vehicles they purchase by 2025.

A breakdown of July sales showed there were 16 carmakers who sold more than 10,000 NEVs.

Most of them are Chinese marques and five are startups, including Xpeng. BYD topped the list by delivering 162,200 units, followed by Wuling at 59,300 and Geely at 32,000 units.

Among the startups, Hozon sold 14,037 Neta-branded EVs, making it the most popular startup that month. In the first seven months, Xpeng led the list with more than 80,000 cars delivered.

NEVs used to be popular in megacities only where license plates for gasoline cars are hard to obtain.

But Gong at UBS said their popularity in second-and third-tier cities has been rising over the past two to three years.

"This means there is demand for such vehicles," said Gong, adding that the NEV industry in China is no longer reliant on financial stimuli and is able to stand on its own feet.

The CPCA said Chinese consumers' acceptance of NEVs is growing.

Its data showed that passenger NEVs accounted for 26.4 percent of total passenger vehicle sales in July. In the same month of 2021, the figure was just 16.6 percent.

In the first seven months alone, their proportion was 24.7 percent, data from the CPCA showed.

By the end of this year, NEV sales would account for 26-27 percent of China's passenger vehicle sales, said Gong. "Electrification is already an irrevocable trend," he said.

He estimated that passenger NEV sales this year are expected to reach 6 million and rise to 7.3 million in 2023.

The CAAM said total exports this year are expected to reach 2.4 million, which is in line with the association's earlier estimate.