The Tibet autonomous region has seen steady growth in health and education over the past decade, senior officials said recently.

The region offers children 15 years of free education, from kindergarten to high school－beyond the nine-year free compulsory education system in other parts of China－Yan Jinhai, chairman of the regional government, said recently at a news conference in Lhasa, the regional capital.

With a vast land area and a sparsely scattered population, Yan noted that the region has continued to improve education standards in rural areas, and the government pays for school fees and accommodations for students from rural areas. 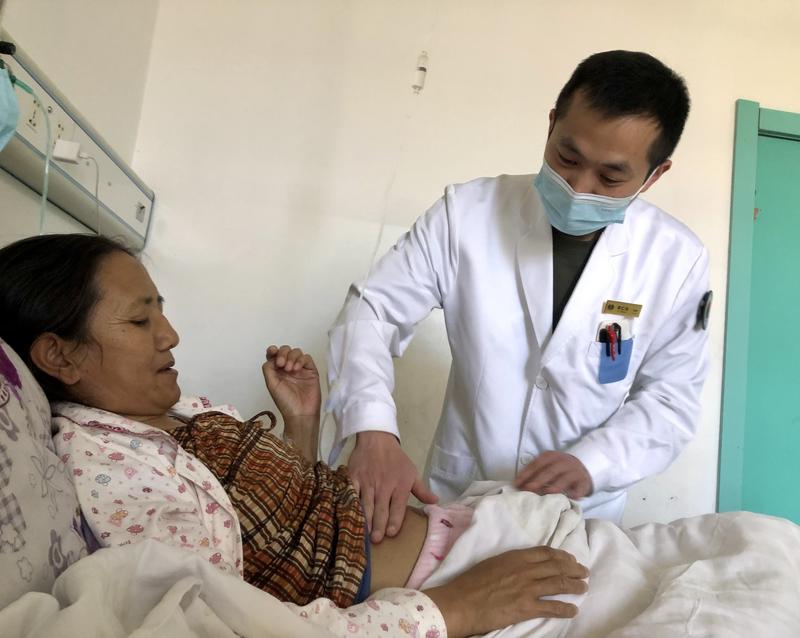 Li Renjun, a physician from the General Hospital of the Tibetan Military Area Command in Lhasa, examines a Tibetan patient, during a ward round. (PALDEN NYIMA / CHINA DAILY)

Yan also said the teaching quality in rural areas has continuously improved, and the most beautiful buildings one can find in the region's rural areas are usually schools. Moreover, students in these areas can share teaching resources with their urban counterparts via the internet, thanks in large part to the Aid-Tibet program, Yan said.

"We expect that the quality of teaching and the learning environment will be further improved in the near future, and more skilled workers will be cultivated to serve the overall development of the region," he said. 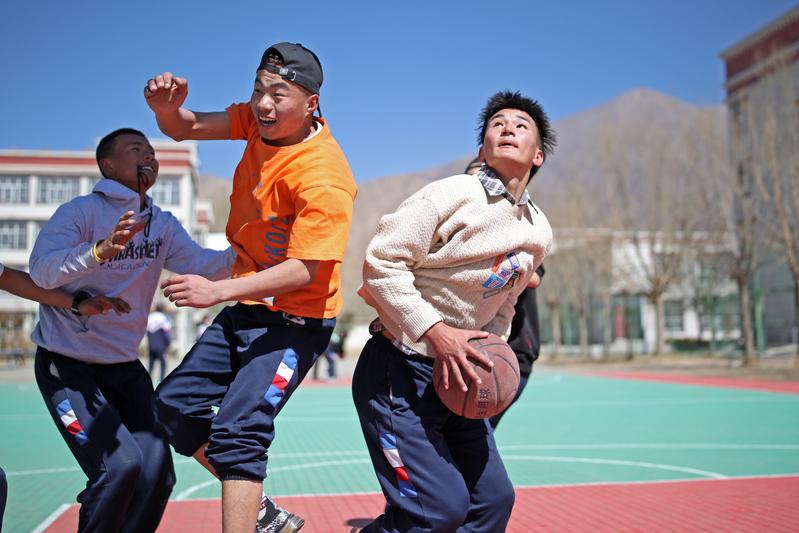 Dawa Lhamo, a high school student from the region's Gojo county, said she is very grateful to the government for offering free schooling opportunities. Otherwise, her family would have had trouble handling the related costs. "I am from a nomadic area," she said. "My parents have three children. If they had to pay all the costs, it would have been hard for them to send all three of us to school."

Dawa Lhamo said her older brother has already finished college and he has been preparing to attend exams to find a job in a government institute. Her younger brother is still in middle school. "We receive free meals at school, so we never have to worry about food while attending classes. It has largely alleviated the financial burden on my family," she said.

Volunteers from Zhengzhou in Henan province give a screening of heart disease to children at a hospital in Nakarze county, Tibet, last month. (ZHANG RUFENG / XINHUA)

Tibet has also stressed the improvement of people's health over the past decade. The region's average life expectancy now exceeds 72. It has been working on providing better medical services since the 18th National Congress of the Communist Party of China in November 2012.

"Such dramatic changes and progress can be understood by examining the region's history. Before its peaceful liberation in 1951, the region only had three Tibetan medicinal institutes and a few private clinics, with fewer than 100 medical technicians," Yan said. "Today, the region has established a complete medical service network to deal with maternal and child health, disease prevention and Tibetan medicine, with health centers established in all its townships and clinics opened in all its villages." 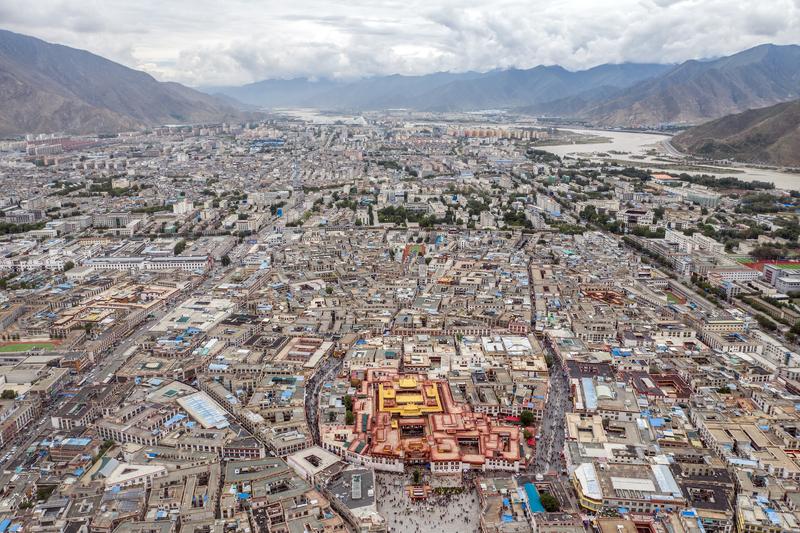 The region now has 1,642 health institutes at all levels, including 47 public Tibetan medical institutes, with more than 20,000 medical workers and more than 17,000 beds for patients.

The maternal mortality rate in Tibet has dropped to 45.5 per 100,000, and infant mortality has fallen to 7.5 per 1,000. "Local illnesses such as congenital heart disease, cataracts, echinococcosis (a parasitic disease associated with tapeworms) and Kashin-Beck disease (a disorder of the bones and joints) have been prevented and treated," Yan said. 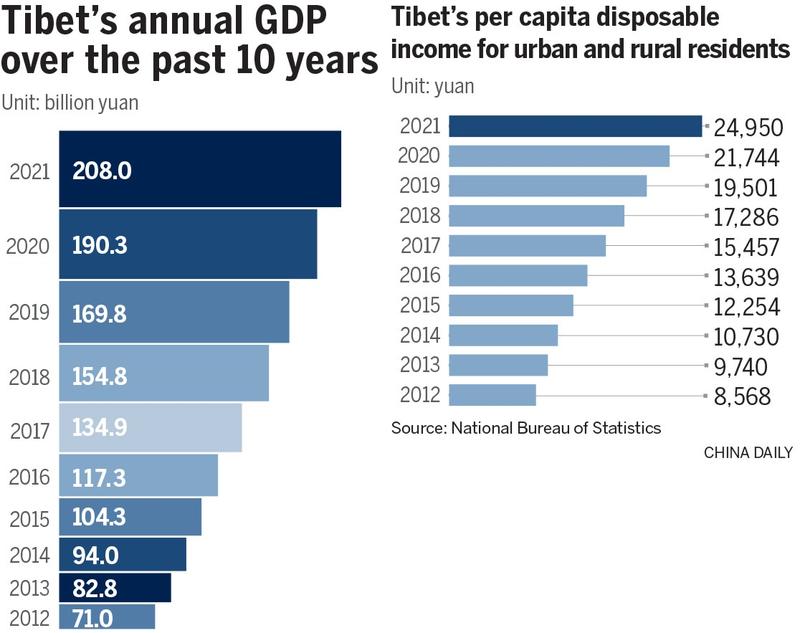 Norbu Sithar, a resident from the region's Nagchu city, said he appreciates the government's efforts to improve health over the past decade, as medical treatments and insurance policies have largely improved.

"Decades ago, when we came down with severe diseases, it was hard to seek medical help, and costs were very high," said the 67-year-old, adding that today, most hospital fees can be reimbursed by medical insurance. "Medical workers have been improving their techniques, so most diseases can be cured in the region."