Damjanovic looks to add to scoring record as end draws near 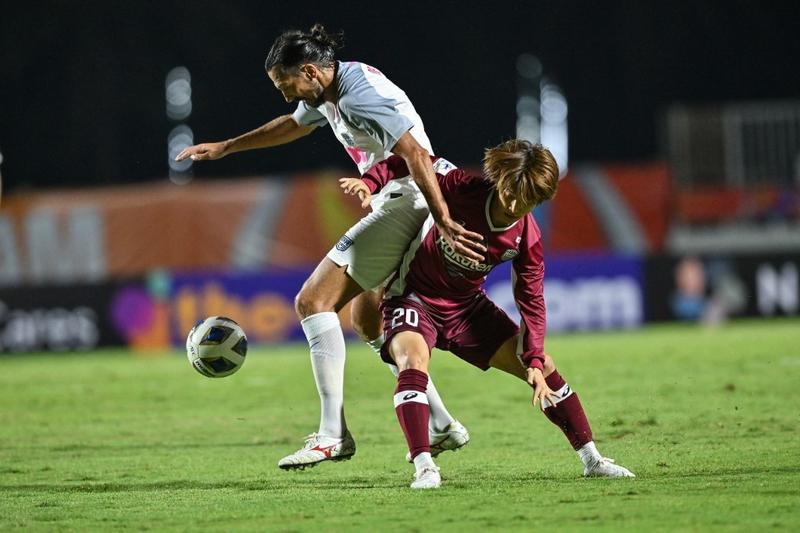 HONG KONG - Record-breaking striker Dejan Damjanovic will lead Hong Kong's Kitchee into the knockout rounds of the Asian Champions League next week eager for a final flourish to one of the most distinguished careers in Asian club football.

When he takes to the field against Thailand's BG Pathum United on Friday, Dejan Damjanovic admits he may be making his last appearance in a competition with which he has become synonymous

The 41-year-old Montenegrin is the greatest goal scorer in the continental competition's history, netting 42 times for four different clubs over nine campaigns in the last 13 years.

But when he takes to the field against Thailand's BG Pathum United on Friday, Damjanovic admits he may be making his last appearance in a competition with which he has become synonymous.

"I'm very aware of that and probably it is," Damjanovic told Reuters. "I'm not saying 100 percent that it is because you never know what can happen in the future, especially for me.

"But my contract is until May 2023 and the next Asian Champions League starts in September 2023 so it can be possible this is my last ACL campaign and I'm going to try to make it unforgettable."

Damjanovic has been achieving memorable feats since first playing in the continental championship for FC Seoul in 2009, eventually helping the South Korean side to a runners-up finish behind Guangzhou Evergrande four years later.

Twenty-five of the goals he has scored came across two spells in the South Korean capital while stints with Suwon Bluewings and Chinese Super League side Beijing Guoan yielded further success.

A move to Kitchee allowed Damjanovic to break Lee Dong-gook's record last season and he added two goals to his tally in the group phase this year as the Hong Kong Premier League champions reached the knockout rounds for the first time.

It is his thirst for goals that continues to push Damjanovic and he remains as determined as ever to find the net and further embellish his status as the Asian Champions League's leading scorer before eventually hanging up his boots.

"I know I'm not getting younger but, thanks to God, my body is really good.

"Everything is perfect and I'm still motivated, if it's possible, to increase this goal scoring record. I'm ready to do that.

"The most important thing is for Kitchee to qualify, to make one more step. But, of course, if some chances will come I will try to score and make it a little bit harder for the record to be broken in the coming seasons."