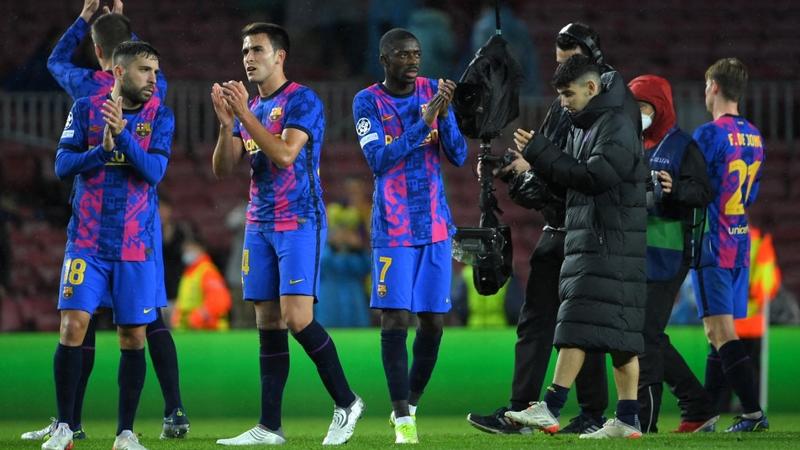 Barcelona's players wave to supporters at the end of the UEFA Champions League Group E football match between FC Barcelona and SL Benfica, at the Camp Nou stadium in Barcelona on Nov 23, 2021. (LLUIS GENE / AFP)

Barcelona have registered four of their newly signed players ahead of their opening game of the season at home to Rayo Vallecano on Saturday, a LaLiga source has told Reuters.

Barca had to meet LaLiga's salary cap to register their new signings but several "economic levers" including new investment deals released funding after the final lever was triggered.

Barcelona would have to free up so-called salary mass to register 23-year-old France defender Kounde.

The club said on Friday they had sold a 24.5 percent stake in their audiovisual studio to production company Orpheus Media for 100 million euros ($102.58 million) to raise funds.